April 21, 2019
Well it seems that a visit to the local tip can be a right pain in the bum for me, and my bank account! I wasn't going to the tip, but the cycle route goes past it, not close, but from the cycle path you can look down on the tip through the trees. As I pass I usually just have a quick look down there just to be nosey more than anything, but as I rode passed today and looked down there was a lot of bikes down there... I kept pedalling. I've got a lot of bikes, which I'm trying to cut down on, I don't need anymore. I've got too many projects as it is, and, like I said, I'm trying to cut back, I'm having a culling! Still, there was a LOT of bikes down there! I pedalled on, but dwelling on the huge amount of bikes I could see from the cycle path I couldn't stop thinking about them all. What if there was something good there, something I needed to complete a project? By the time I had reached the point on my ride where I turn around to head for home I was thinking, that as I'd be passing it anyway, what harm could it do to stop and see what they've got? Well, when I got back there I started to look at the bikes, they had a lot of bikes, and a weaker man might have given in and bought a whole load of bikes, and honestly, I've no idea how I stopped myself. But I did, I'd got away without buying any more bikes... Then I saw this...

A Venture cycles inc Land Rider... No, I've no idea what it is either, and I have never heard of them. But it has a bit of a beach cruiser look about it, and so I was obviously drawn to it. I'd almost talked myself out of buying it when I noticed that although it has a derailiur mechanism front and back, it only had one shifter on the handlebars. I thought it was a bit odd, it was a grip shift for the front mechanism, and as the grips matched it was pretty evident that there had probably never been a grip shift, or any other shift mechanism for the rear derailiur. As the bike looked to be in such good condition I decided that I should have a better look at it before leaving the tip, and it was then that I noticed this... 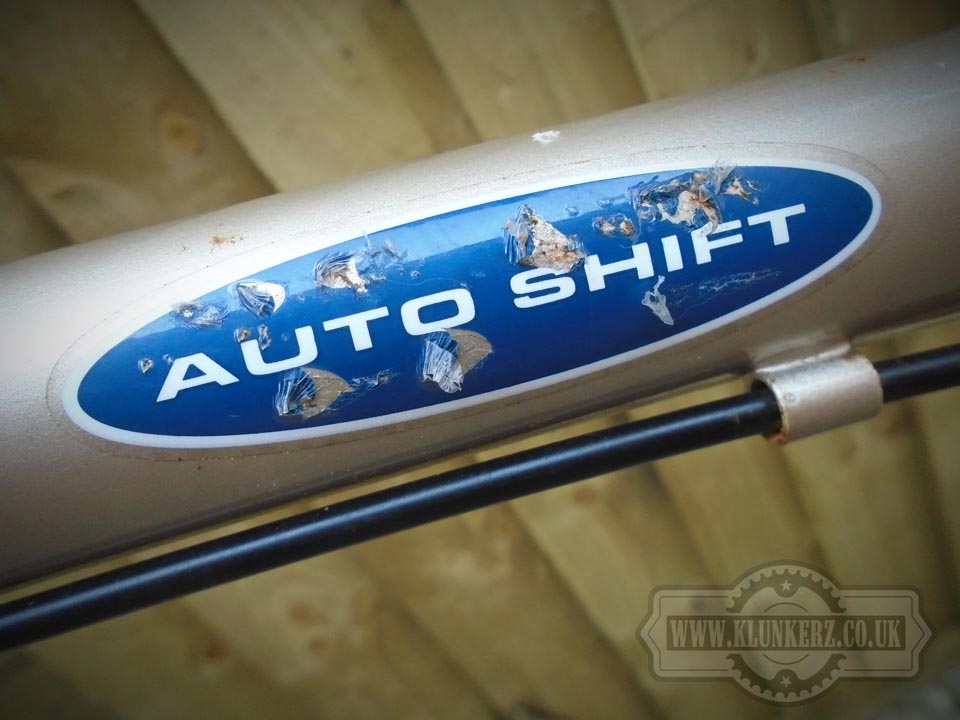 AUTO SHIFT, wait, what? Auto shift I thought to myself, does this mean, that it changes gear at the back on it's own? It certainly looked like it did, but how? I knew then that I'd failed, I wasn't going to leave the tip empty handed. I must be the only guy who regularly goes to the tip and comes home with more than he took down there! But I needed to know more about this auto shift malarky, how does it work, what is it like? There was really only one way to answer these questions, buy the damn thing! Despite being quite heavy, having two flat tyres, and the fact that I was now going to have to walk the rest of the way home pushing two bikes I handed over more money than I would usually be prepared to pay, and headed for home. 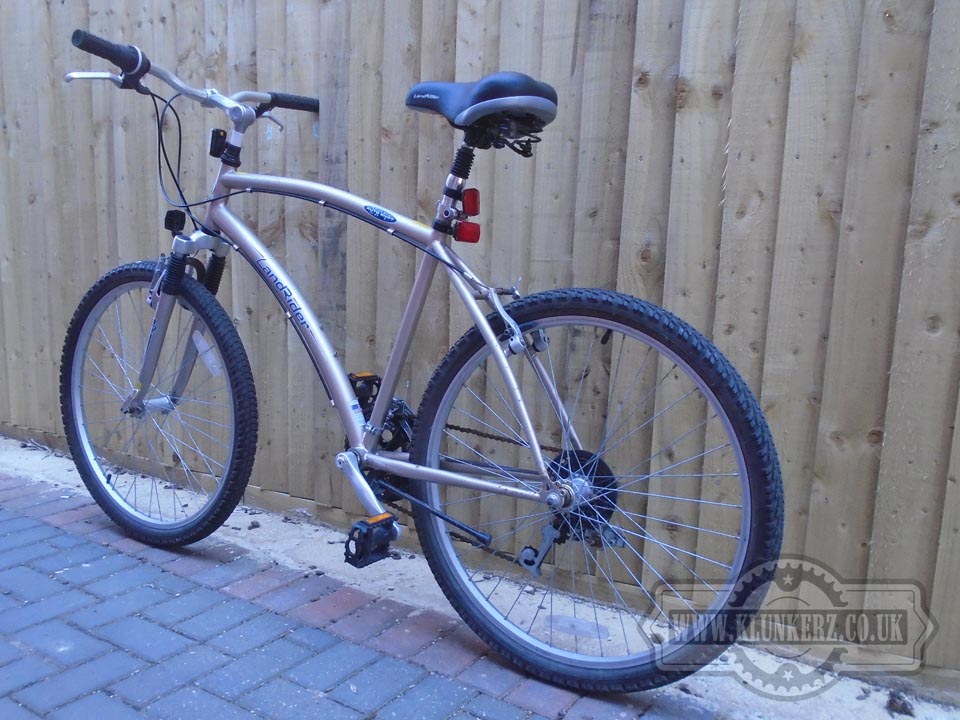 I gave the thing a light fettle, repaired the two punctures, and lubed everything up and pretty soon I was looking it this. It's not a bad looking bike in my opinion, but I would say that it's certainly built to a budget at the cheaper end of the market. The frame its self looks quite sturdy, and is in good shape, as is the rest of the bike, but it's heavy, and some of the components look quite cheap. But, as I'm a fan of crap bikes I obviously like it! Besides none of this was really the reason for buying it, the real reason was that auto shift, I wanted to now what that was all about! 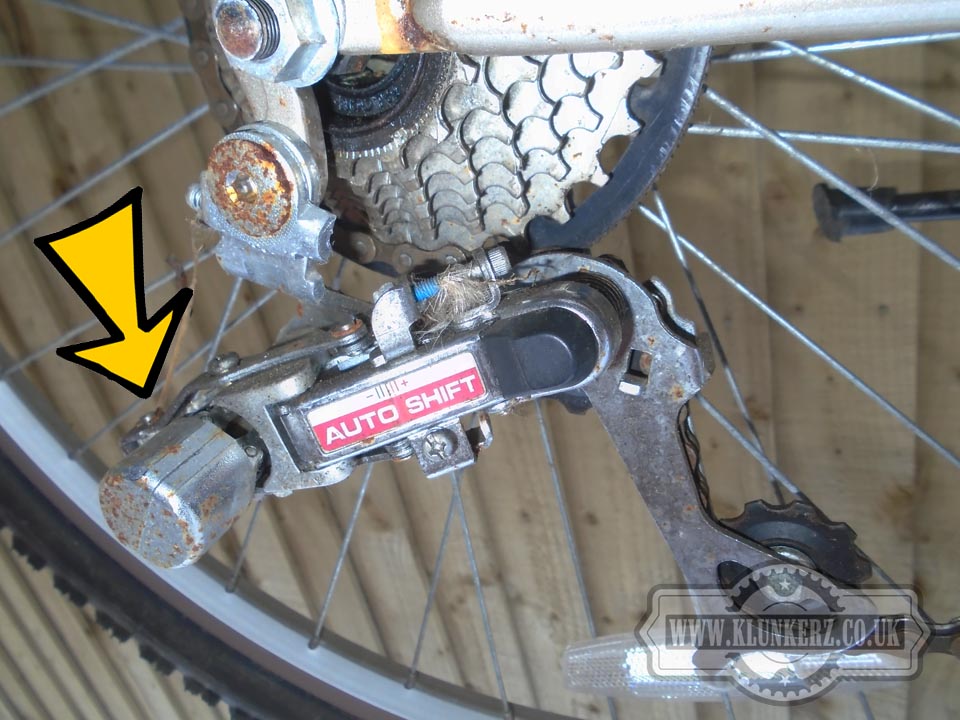 Well, I thought that the best thing I could do, was turn the bike upside down, and try pedalling it with my hand which is what I did. So this is what happened when I started to pedal it by hand. There is a little flywheel, for want of a better word, on the rear derailiur, and as you pedal this starts to turn. 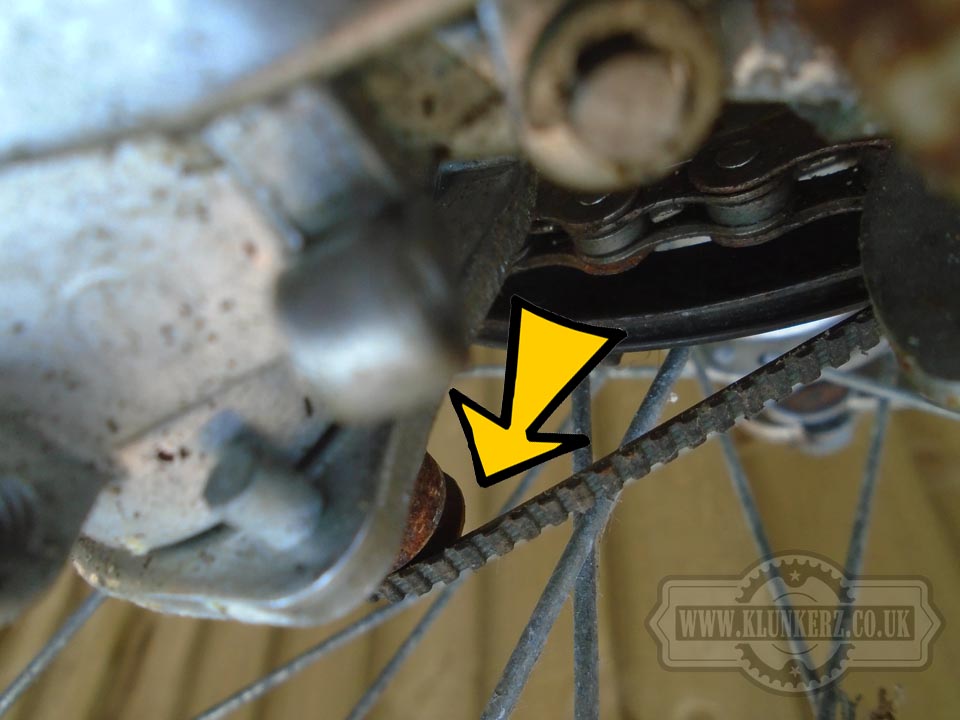 Its driven from a little belt that goes around a large pulley on the rear wheel that takes the place of a spoke protector. The belt goes around this, and the little pulley wheel on the back of a short axle connected to the flywheel. 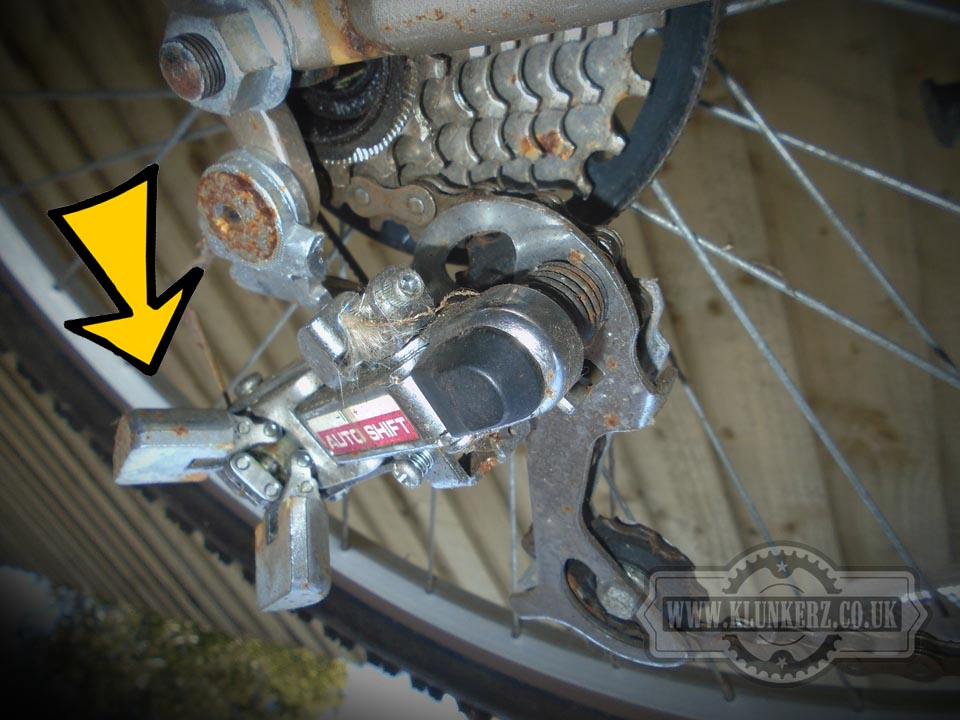 As the rear wheel speeds up the flywheel spins faster and faster and begins to separate. As it separates it moves the rear derailiur in the same manner as you would normally move it via a cable on any other bike. This, as you speed up moves it from the large cogs, to the smaller ones the faster you go. The only thing is that as you slow down, it looks like you will need to carry on peddaling in order for it to go back to the bigger cogs otherwise I'm guessing that you'll be trying to pull away in top gear or something. Anyway, I can't decide if this is all a good thing or, just some gimmicky good idea that doesn't really work in reality. I've not tried it yet. 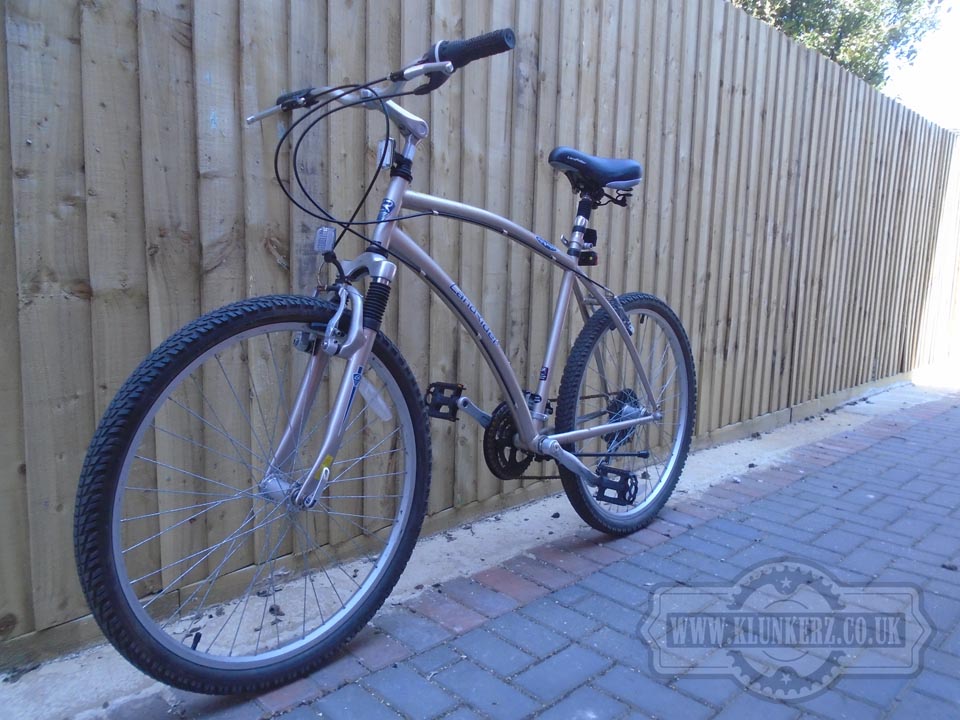 But, it's all lubed up and ready to roll in the morning! Updates as they occur!