May 22, 2019
Watching my littlest Monster on her self built Mustang I knew that it wouldn't be long before she'd be needing something else. 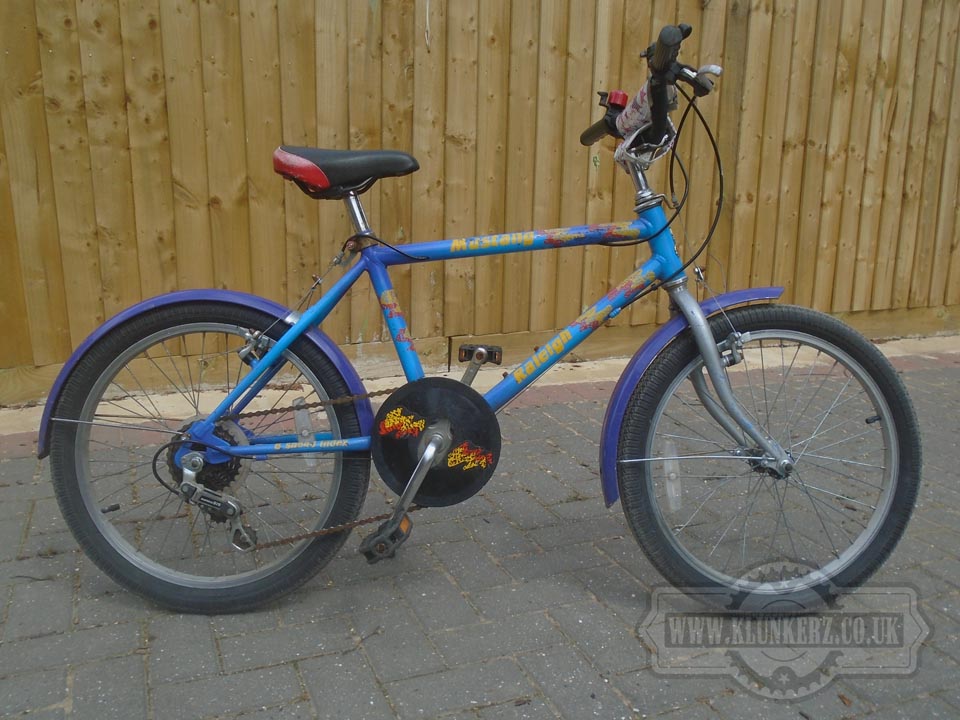 Last night as we raced along the cyclepath I watched her several times bang her knees on her handlebars. The other evening after our ride I moved her handlebars, and seat up a little in order to let her ride it a little longer. But the problem is not so much the height, but rather the length of the frame. She loves this little Mustang, and is rightly proud of what she has created, but I feel that the time is right to let it go now, even though she doesn't want to. 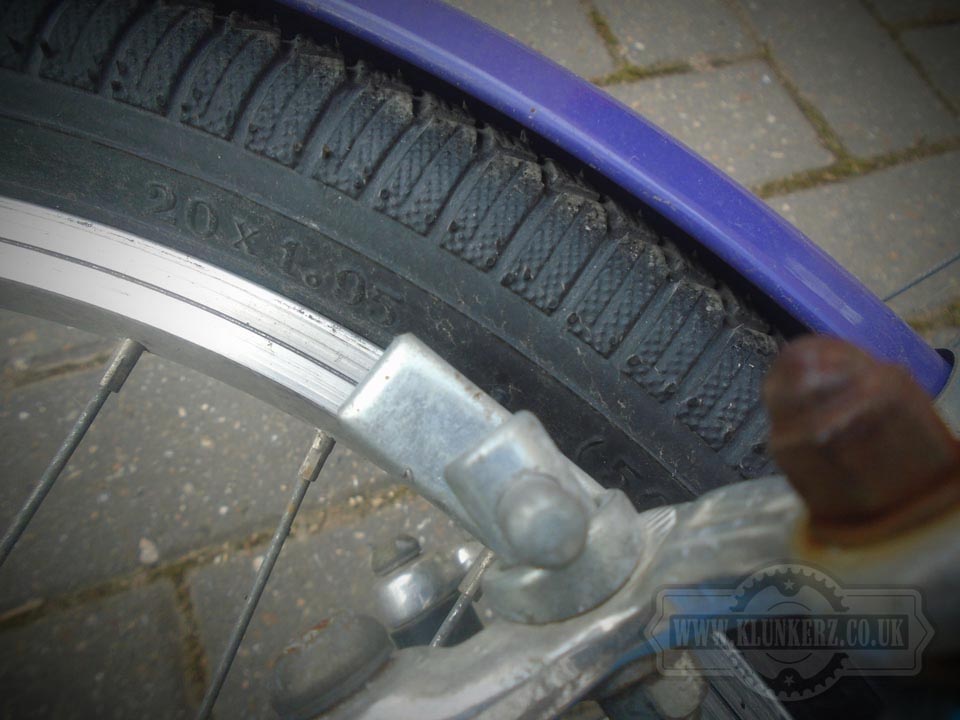 When she put it together a little over two years ago, she was a little bit too small for it, and had to stretch to reach the ground even though the seat was pretty much on the frame. She didn't ride it too much at first, preferring the smaller PUKY bike that she was riding, but after a few rides of the Mustang she was pretty much hooked, and even though she didn't want to give the PUKY up, she eventually did after I bribed her with a PUKY Go-Kart! Since then this Mustangs been ridden a lot. I wouldn't say it's been thousands of miles under her ownership, but I would guess that it's well into its hundreds of miles in the last two years or so. 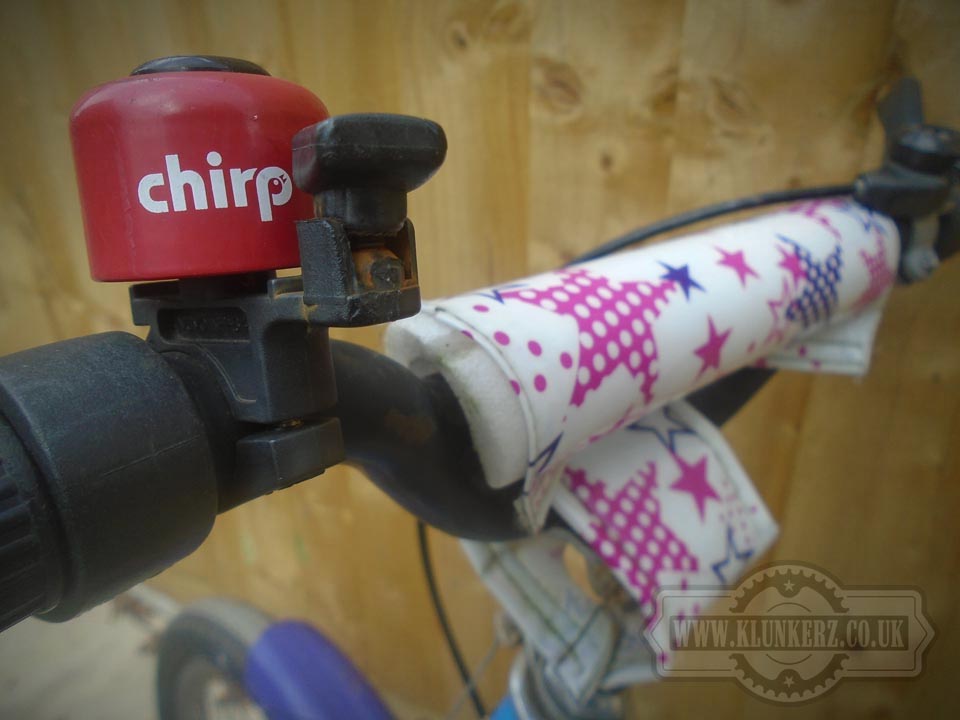 That little bell has been 'dinged' hundreds of times as we ride along, sometimes to warn other path users that we are approaching, and sometimes just to hear it 'ding'! Thankfully, the crash pads that she had to have after coming off her PUKY have never been put to the test! For me, those pads are the only bit that don't look right on the bike in my eyes, they're just the wrong colour, I think she got everything right, apart from the pads. But when you're shopping for parts at the tip you've got to get what you can find, plus, it's not my bike, not my build, it's hers. Her vision, her build, her way, and she says that she likes them because they're funky! Well who am I to argue with that! 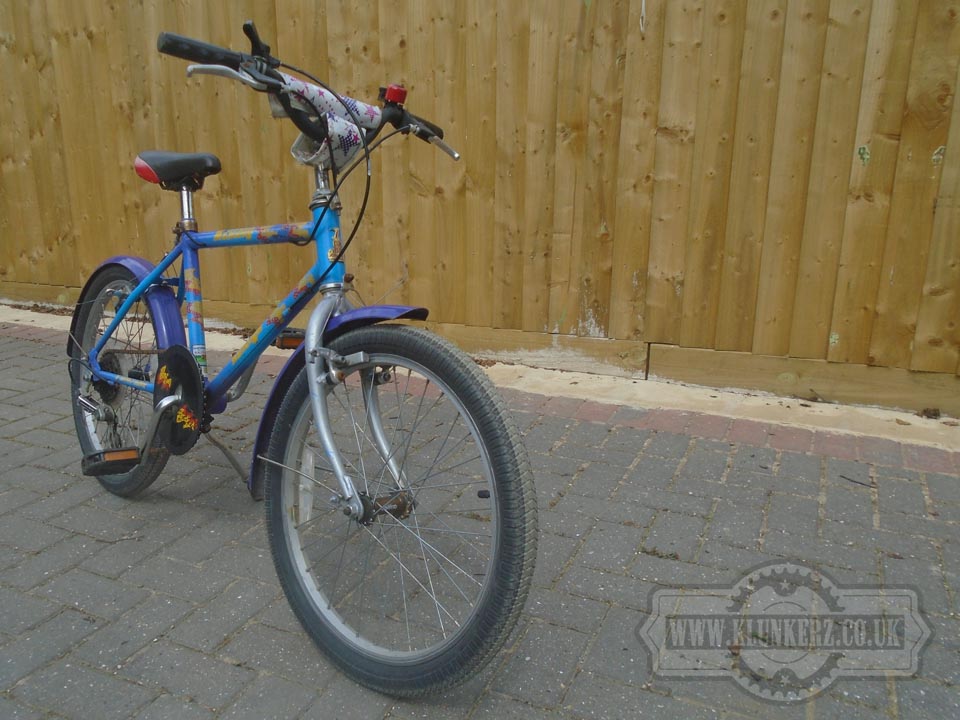 So where do we go from here? I know what you're thinking, the Huffy, and yes, you're right. The problem with that is that the Huffy is not much bigger than the Mustang, but I am hoping that she will get to ride it for atleast one Summer. As you read this the Huffy is in bits getting a thorough cleaning... In the lounge!! Incase you're wondering, yes, Mrs Clint does know, and no, she's not happy about it! But she's working lates this week so she's letting it slide! She's pretty easy going for this kind of thing, early on in our relationship she came home from work one day to find me working on my 200cc motorbike in the lounge, and we lived in a flat at the time... Upstairs!! It was a struggle to get it up there but I managed it! Since then working on bicyles in the house doesn't phase her as long as I put some paper down. 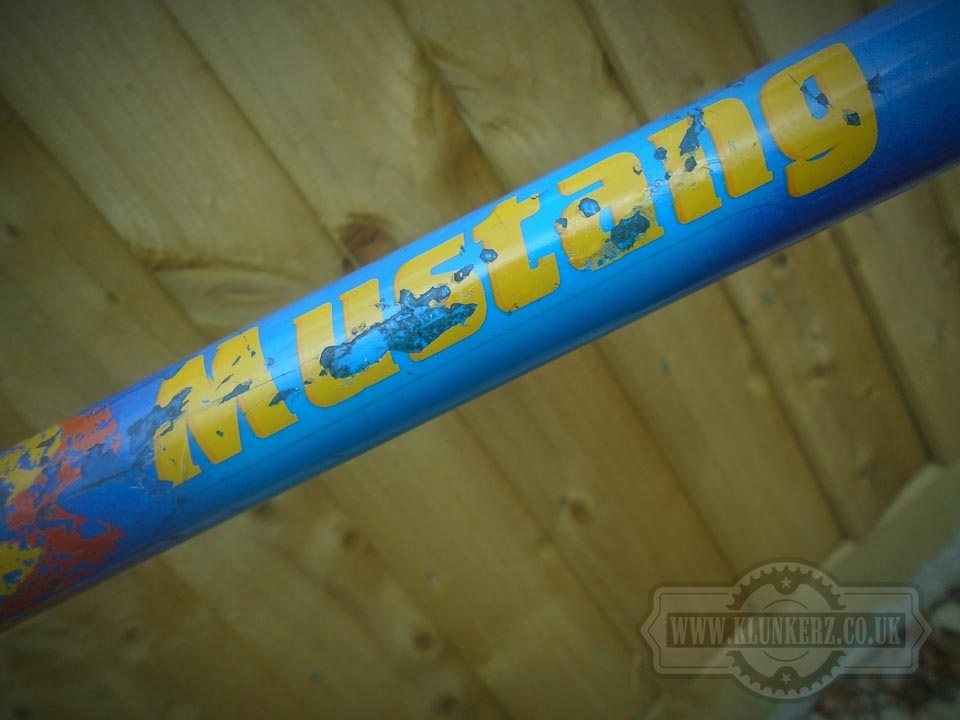 So it's the end of the era for the 13" Mustang, I'll be honest I have been on the lookout for a Mustang with 24" wheels, but none have turned up. The Huffy I hope will be used during the Summer, but I do think that this will be short lived, as she seems to be having another growth spurt, and I think she will probably outgrow it before too long, although, having said that, I seem to remember my cousin still riding it at 13 years old, so we shall see. Apart from that I have asked her if she just wants to go to a bike shop and see what they've got. But she's not all that interested in that. Infact, what she's told me is that she wants to build herself something new during the Summer holiday, and as luck would have it, I still have the Apollo Retro that my Biggest Monster got a couple of years back. She got it to a point where it was rideable, but by then she was getting too big for it, and moved on to something a little larger herself. So I might get that out of the loft to see what she thinks about that. Other than that... 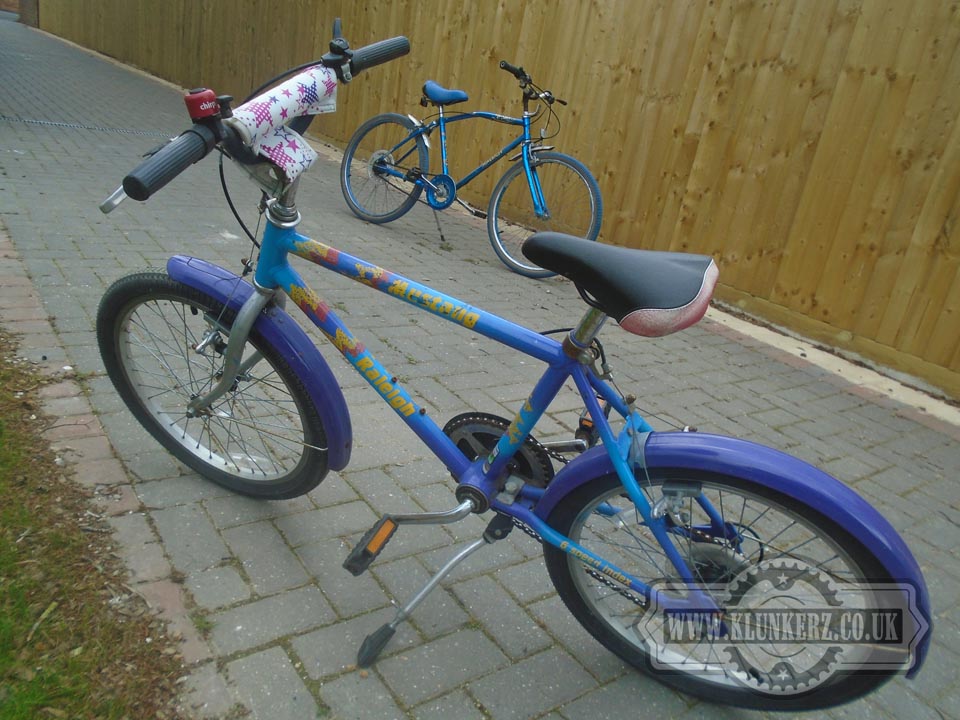 I do have something that's ready to ride straight away, it's tyres are pumped up, and it's good to go, and tonight my littlest Monster says she'll take it for a test ride. She was going to do it last night, but she wanted one last ride on her Mustang, and who can blame her for that?