May 22, 2019
Well If I was compiling a list of bikes that I'd like to own some day the Emmelle Trekker wouldn't be on it. The reason for this was that I have never seen, or even heard of one before. But I am trying to thin down my stash of parts, and today, while browsing the junk at the tip I came across this frame. 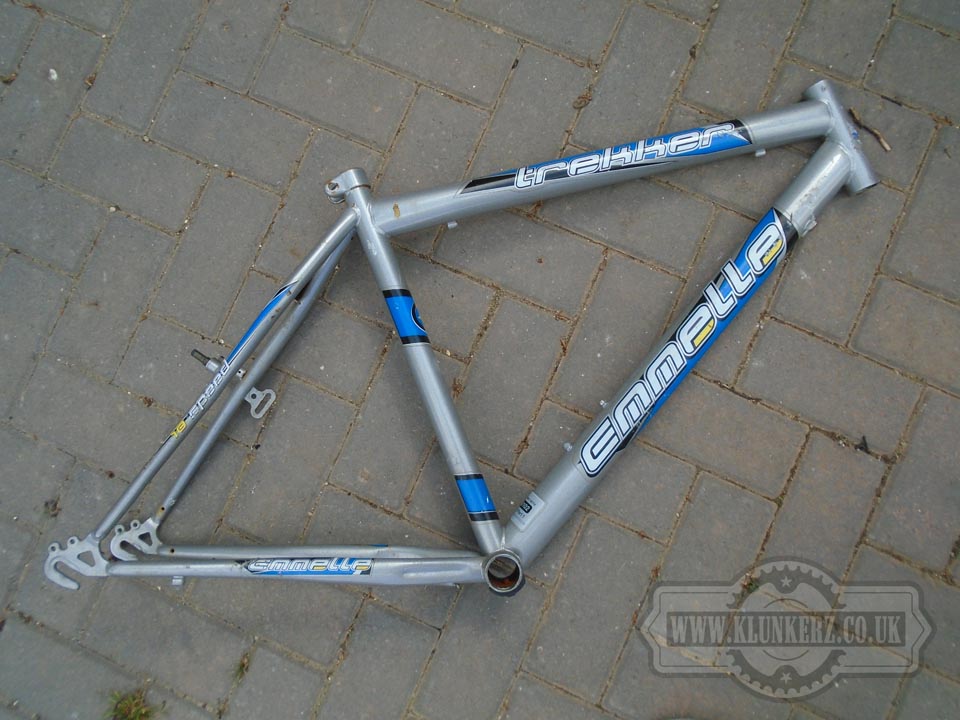 I thought that it looked OK, and was in fairly good shape, and so I dragged it out of the skip to take home and try to create something from nothing. Or at least, something from my parts stash! I don't know how I've got to the point where I can't move in my garage for bicycle parts, but somehow I have, and I need to get rid of a lot of it. The best way I can think of (having tried to sell the parts as a job lot) would be to build complete bikes, and then try to sell them. 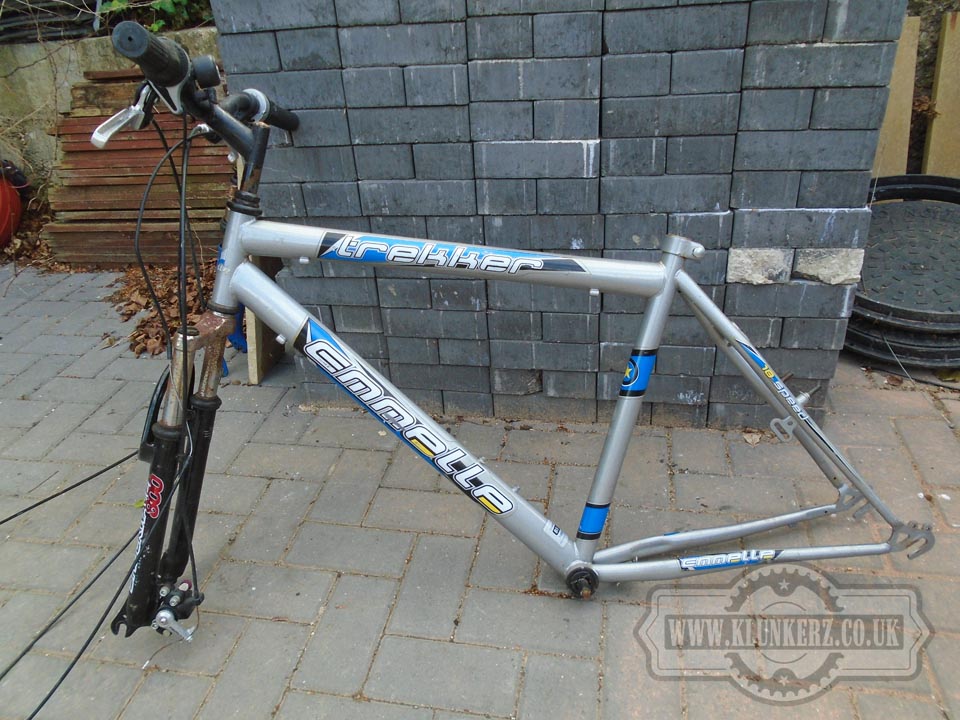 I didn't have a lot to do today, and so pretty quickly the bike started to take shape. I've no idea if this was orginally a bike with front suspension, but I had a cheap pair of suspension forks, and so on they went, along with a set of handlebars which already had a stem, brake evers, and gripshifters on them, it seems that this bike is destined to be an 18 speed! 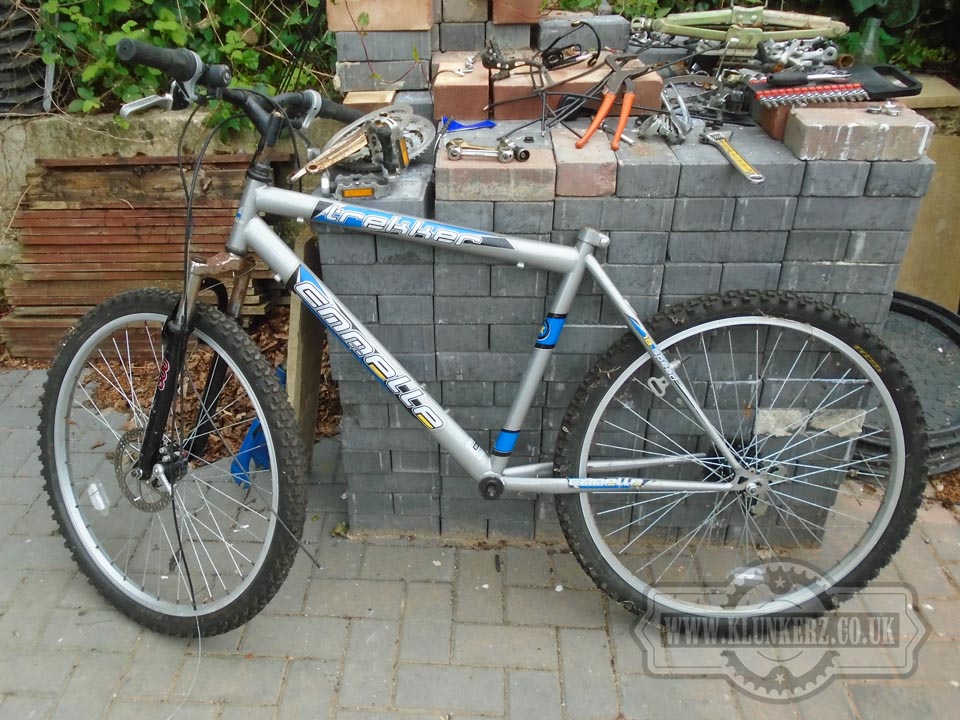 Back to the tip, and as luck would have it they had one, actually they had several. I grabbed one, and headed back to BelongaClint. I then tried to find a rear wheel with a six speed block that had a rim that matched the front. Well, long story short I couldn't find a prefect matching rear, but I found one that had a similar profile to it, but it was made by a different manufacturer. Never mind, after all, I was planning to sell this thing as a rideable bicycle project, and so, on it went. 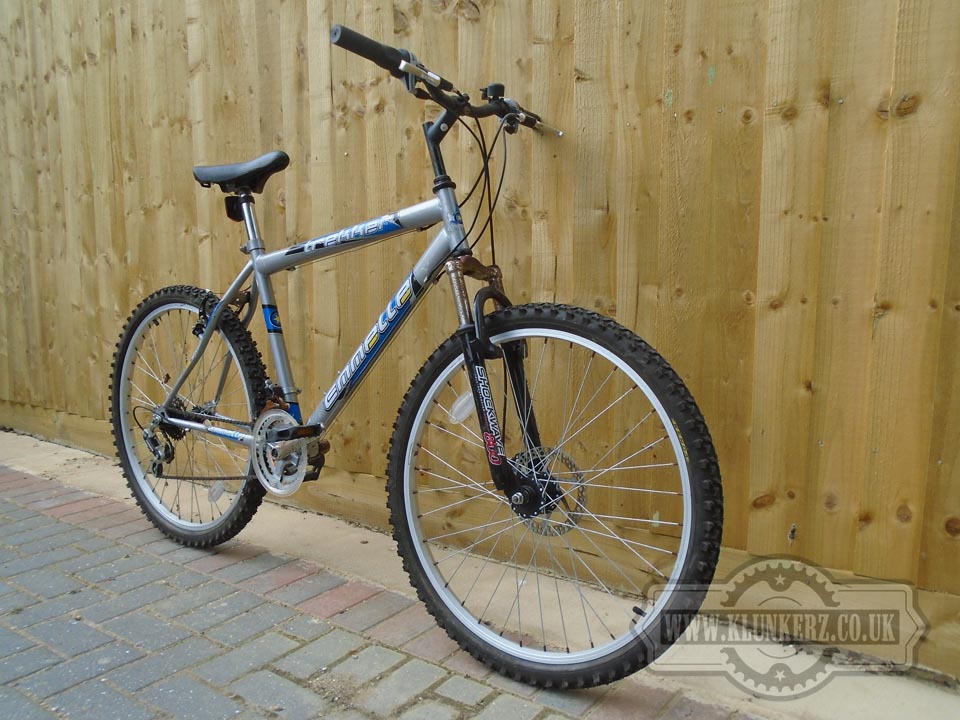 By mid-day I was looking at a complete bike, ready to ride. I'll admit that it's not the best bike in the world, and the parts I've used from my stash are all from the cheaper end of the scale, but its done. I've thinned my parts down just a little, and a bike has been created, plus it gave me something to do today! 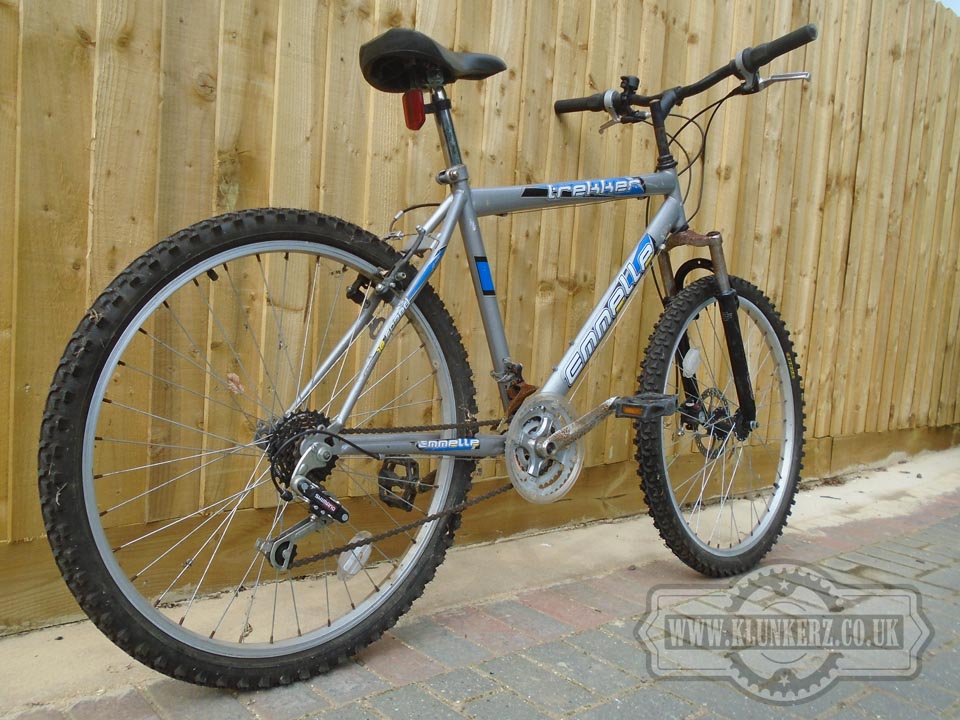 I rode it about in the car park where it was created, and it seemed OK. It appeared to ride, change gear, turn, and stop OK. It didn't feel particularly special, but I thought that it would serve it's purpose. My plan was that I was going to advertise it for sale, but ride it about, and tell you what it's like while I waited for someone to buy it. But I had a guy coming to look at some bikes this afternoon as he was after a cheap bike. He looked at the Emmelle and thought that it would do, so he bought it. At just £20 I reckon he got a bargain even if the frame cost me nothing, it had still taken me the best part of five hours to put it all together. But I didn't really build it for the money, I built it for the sake of thinning my parts stash, and for the fun of building. So hopefully the new owner will have as much fun riding it as I did building it.