July 17, 2019
In the last month or so since getting the Huffy Cherokee I have done absolutely nothing to it other than ride it. 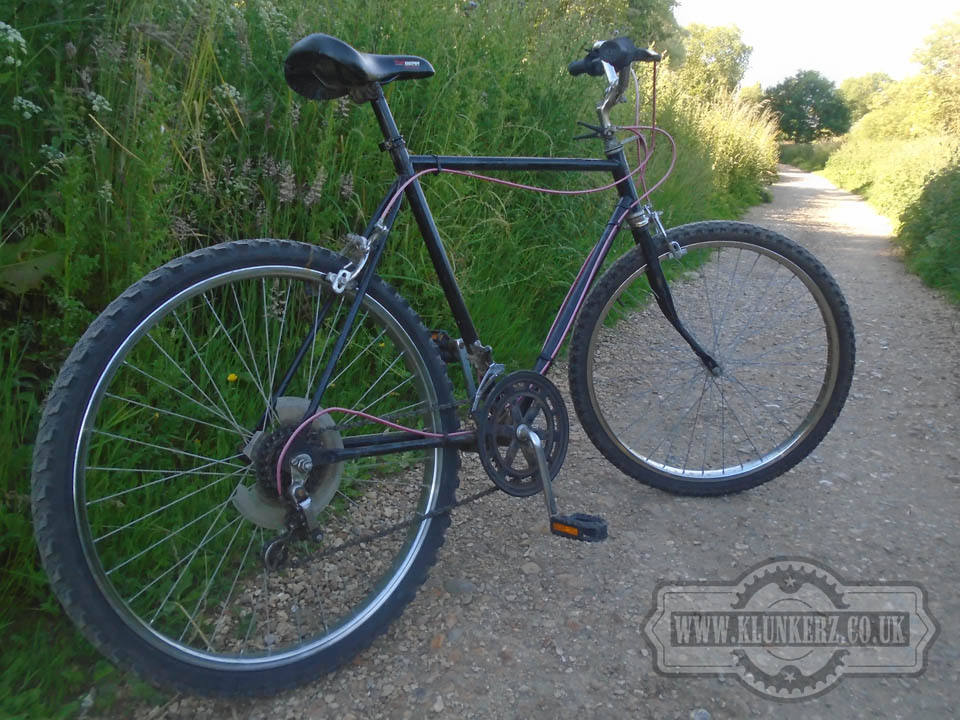 The plan was to tweak it as I rode it, starting with swapping the brake levers around. Well so far I've been too lazy to even do that, and I must admit that I am getting used to them being the wrong way around. The trouble is, that if I get too used to it, then everything else will feel wrong if I'm not careful! 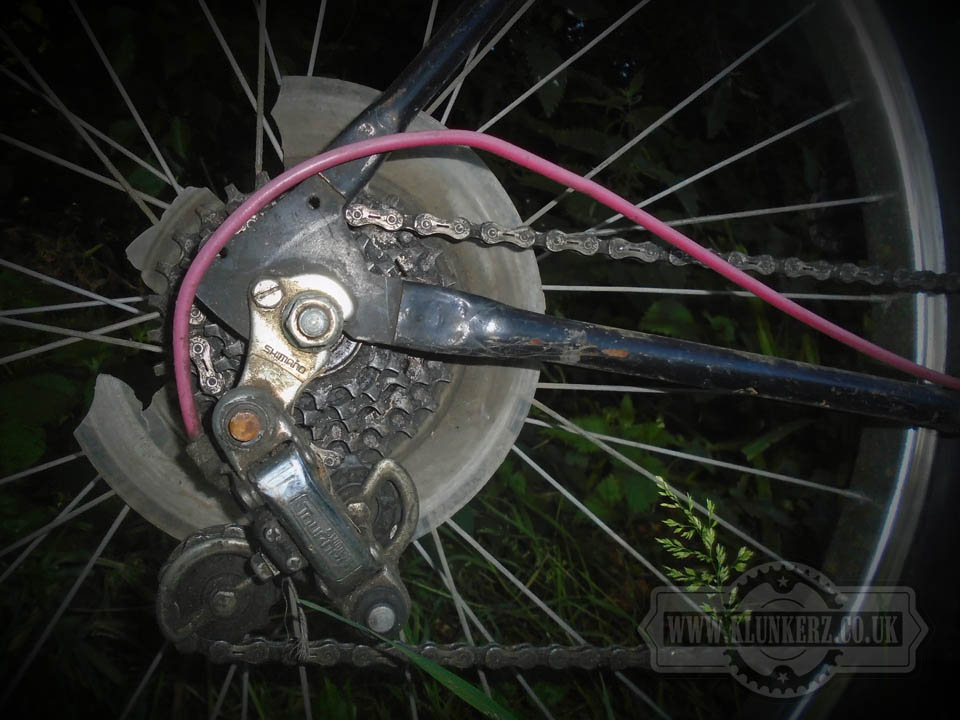 As well as being too lazy to swap the brake levers, I'm still too lazy to swap out the rear wheel, even though it's buckled enough that you can feel it as you ride. I think if it was a little worse it would come in contact with the brakes and rub all the time, but it's not, and so I'm not fixing it! Stupidly I've even got a pair of wheels ready to go on it! So whats the hold up? Well, I think that I'm enjoying riding it far too much to be bothered to fix things that are broken, let alone fix things that aren't!

I went out for a ride with some of my friends the other night, and as I klunked along beside them they pretty much all laughed at me from there fancy new(er) mountain bikes, but you know what, we still all had a good time, even though I'll admit that it was a struggle to keep up with them, not so much on the down hill bits, but the up hill bits is definately where lighter bikes win over! 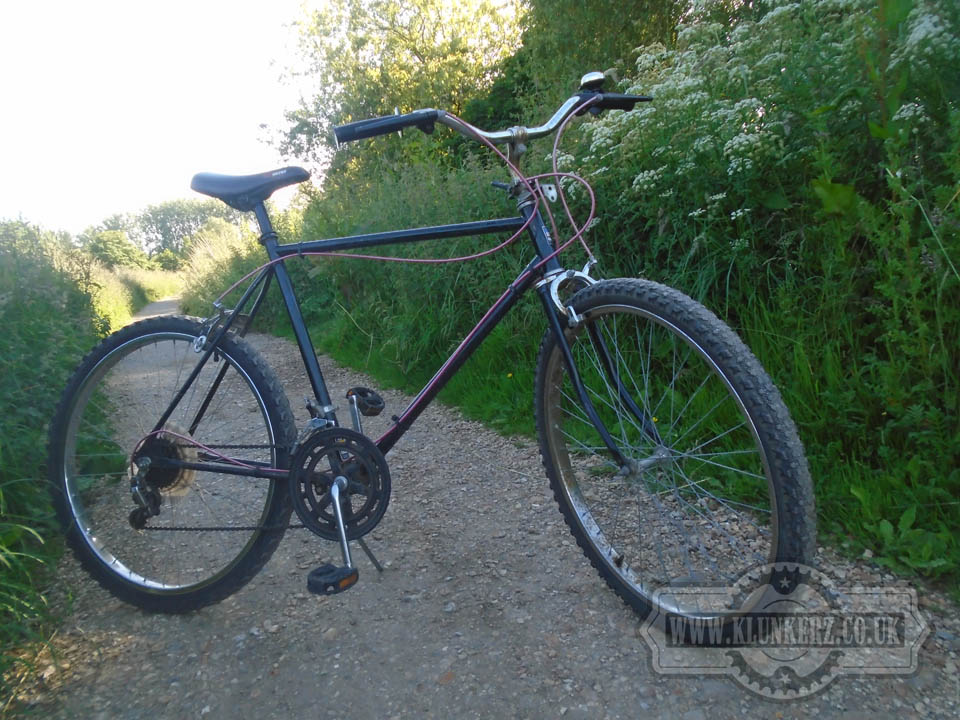 However, today I beleive is the beginning of modifying the Huffy. Before too long I'll have nicer brake levers, not plastic ones, and they'll even be mounted the right way around! Aluminium wheels with half decent tyres on them, I've checked my stash... I've got some! Decent brake calipers, and probably most importantly, new cables so that the brakes work better, and the gears, well, work at all! The reason for this sudden flurry of activity? Well... 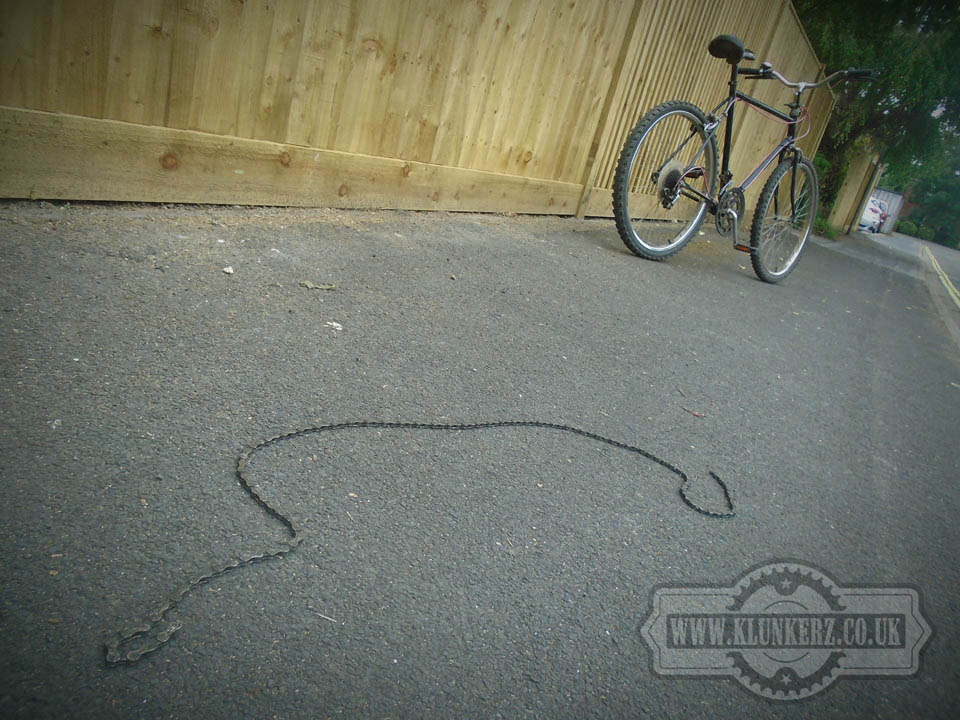 Today, on my ride, and thankfully quite near to BelongaClint, my chain snapped! Which, even though I was only five minutes walk from home, was still extremely irritating! I've never snapped a chain before, but looking at it, it would seem that the metal its made from is quite thin, and looking at it against my other bikes it would appear to be much narrower than my other chains, it has a light duty, rather than heavy duty look about it. Of course, what this all meant was a trip to the tip to see what I could find. As it turned out I found a lot, and bought it all! The good news is that I've now got a chain. The bad news is that's not all I got, and my bicycle collection is growing once again!