July 17, 2019
I gots to know... It's no good, sitting around this evening with very little to do I figured that I might as well take it out for a little spin-a-rooney! 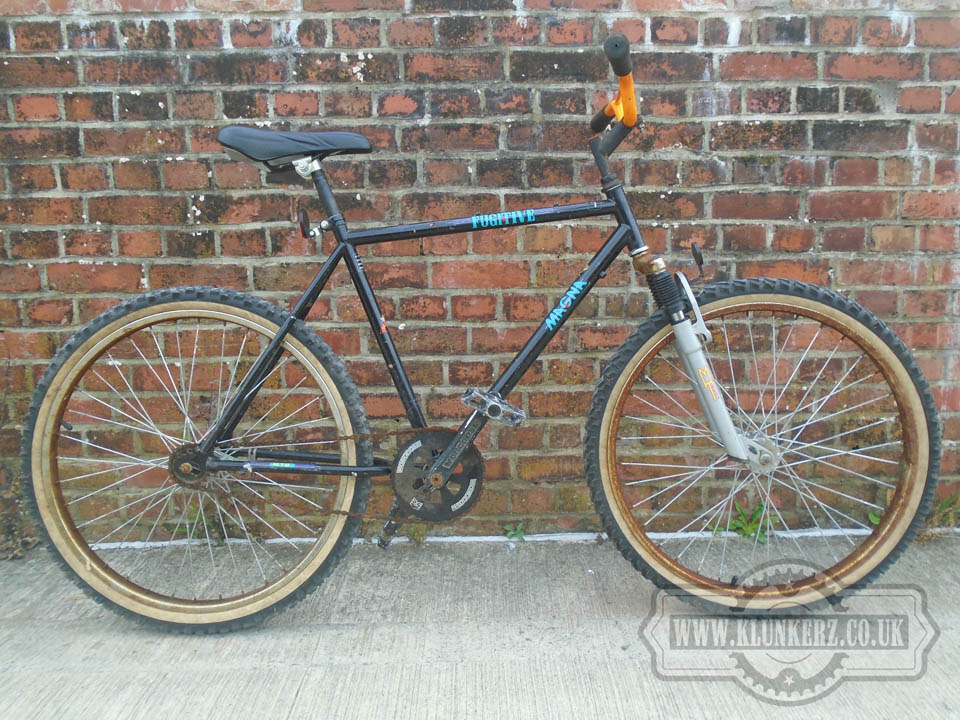 First of all, I've got to say that I do like how it looks! I'm not the biggest 'Rat-look' fan, but I'm happy with this. 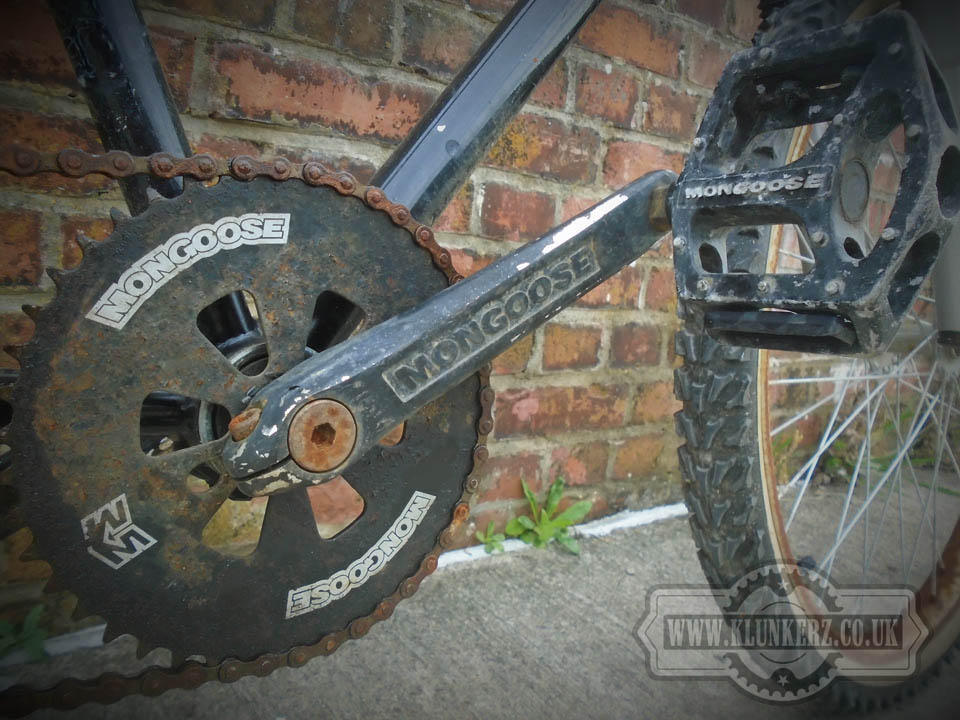 I do like these cast steel crank arms. I know that they're rediculously heavy, and almost certainly no more beneficial than the regular single piece cranks, but to look at they are so cool in my eyes. Honestly though, it easily weighs as much as the frame! 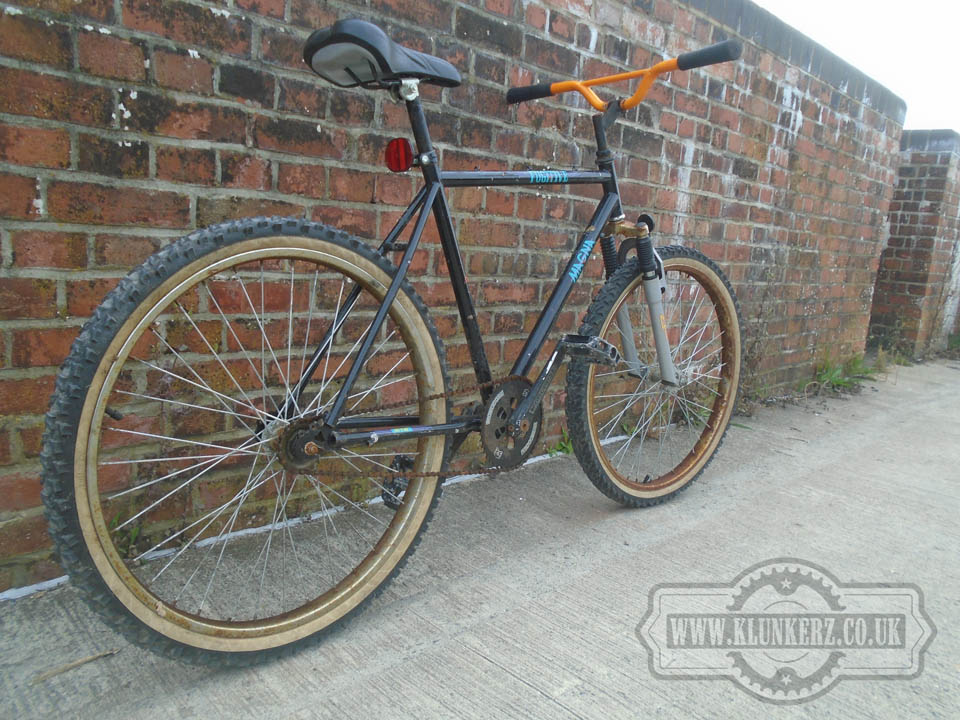 Like the stupidly heavy crank the rusty steel wheels also weigh about the same as the frame! I've had these kicking about outside my workshop for some time now. I planned to fit them with aluminium rims at some point and then use them, but, looking at them now on the Fugitive I'm pretty glad I didn't just chop the spokes off and keep the hubs. 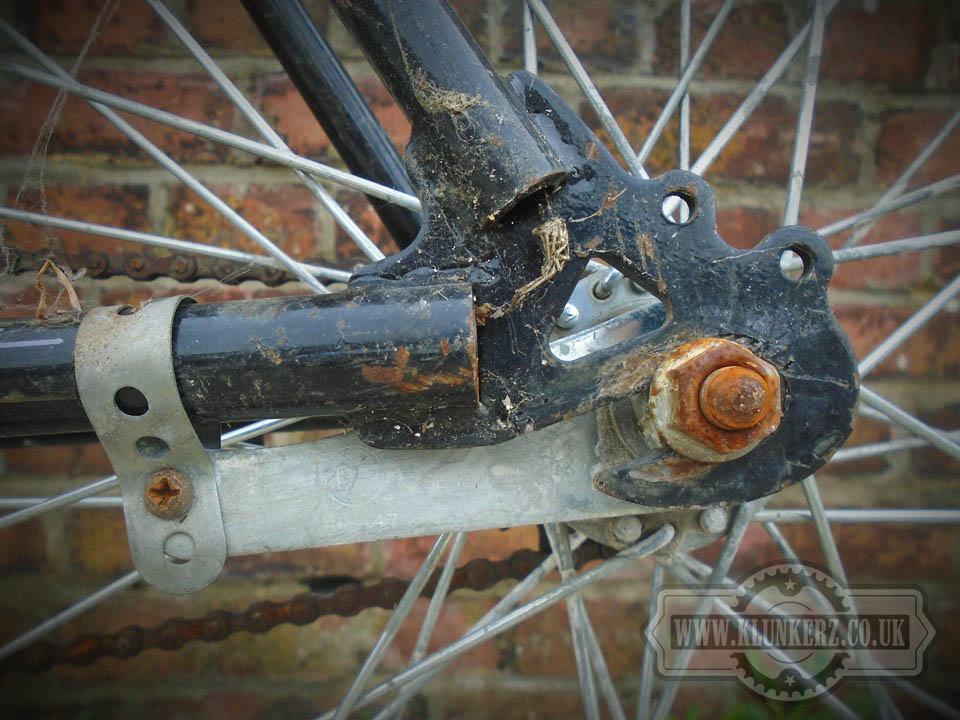 I think this is the only coaster brake hub I have in my stash. My feeling is although it's on here right now, at some point it will find a new home on a different bike... No idea what yet though! 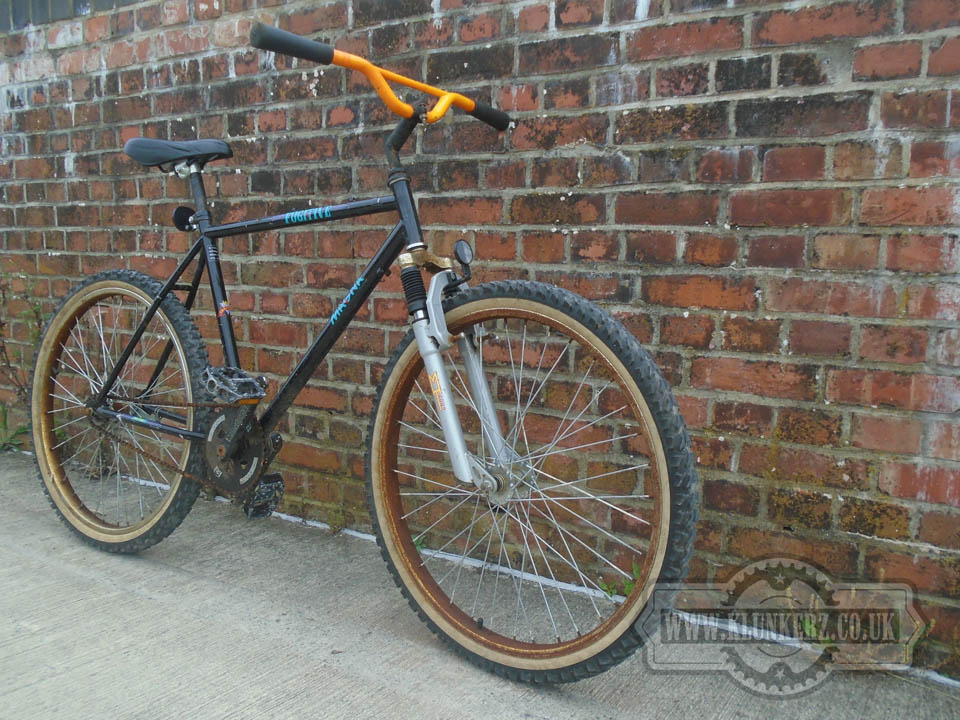 So that's it, no gear cable, no brake cables, no worries! But what's it like to ride? Would you believe heavy? Don't get me wrong, I've ridden heavier things (hope the wife hasn't tuned in!) But seriously, I've had BMX's that were heavy like this, and pretty much every full suspension mountain bike I've had has been a lot heavier than this. But this is heavy, although once you're moving along it's not too bad. I don't think you'll ever set any speed records on this, it rides very much like an old Beach Cruiser, which despite the frame, mechanically it pretty much is. The front suspension forks, as on most Mountain bikes are pretty pointless. I ride mostly on paved surfaces, and so really don't need front suspension! Or any suspension to be fair. But even if I was big into off roading, I doubt these forks would be much good for it. I really think that for the majority of Mountain bikes, especially those at my end of the spectrum (The cheapest of the cheap end!) Suspension forks, and full suspension bikes are more about show than go... I should get one and try it out for myself. I'll keep an eye out for one and give it a go, see if I'm eating my words or not by the end of it!

So where do I go from here? Well, I quite like it as it is, but it's not nearly as good as it was the last time I had one. I think I'd made quite a nice road(ish) bike from it then. I don't think that this is it's final form, and I think that at some point in the future it will be fiddled and fettled with further. But for now, for the Summer, this is the look I'm going to be going for. Although... 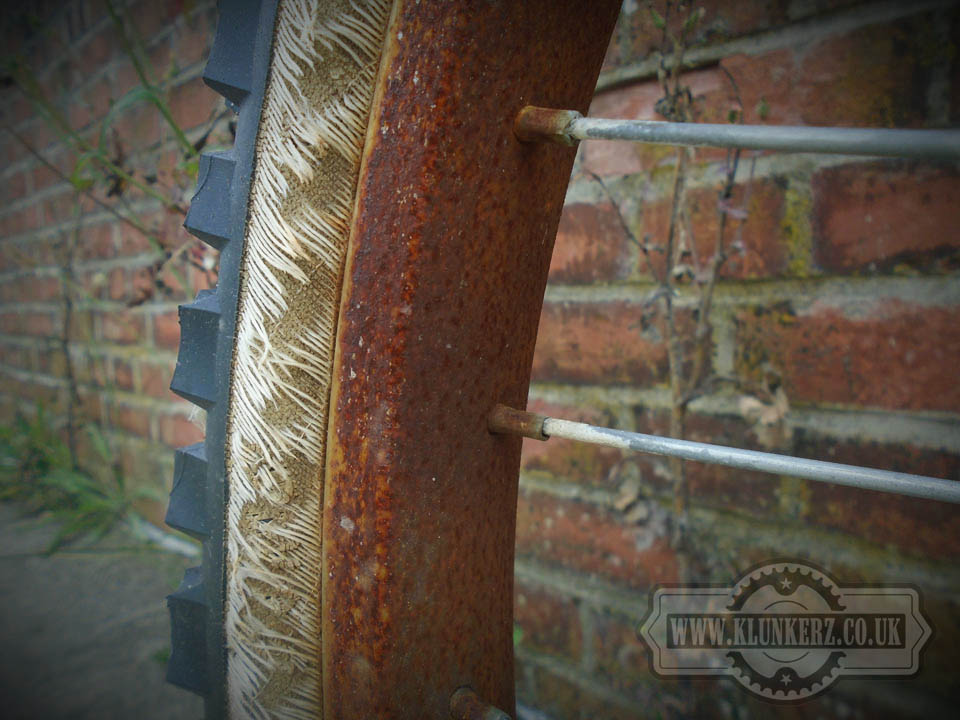 I think I'll probably change the tyres soonner rather than later!