July 29, 2019
Muddy Fox Shout!? What kind of a name is that for a bike? A Shout. As it happens however it's probably quite apt, because Mrs Clint was after a new bike, and if there's anything my wife likes to do, it seems that shouting is it! Honestly, that woman could shout for England! The Summer holidays have been in swing for nearly a week now, and I'm pretty sure that from my workplace, the best part of a kilometer away from BelongaClint I can still hear her bellowing at the kids!! Anyway, I feel I'm getting away from the point a bit, as we're not here to discuss how loud my wife bellows, but her new bike instead! 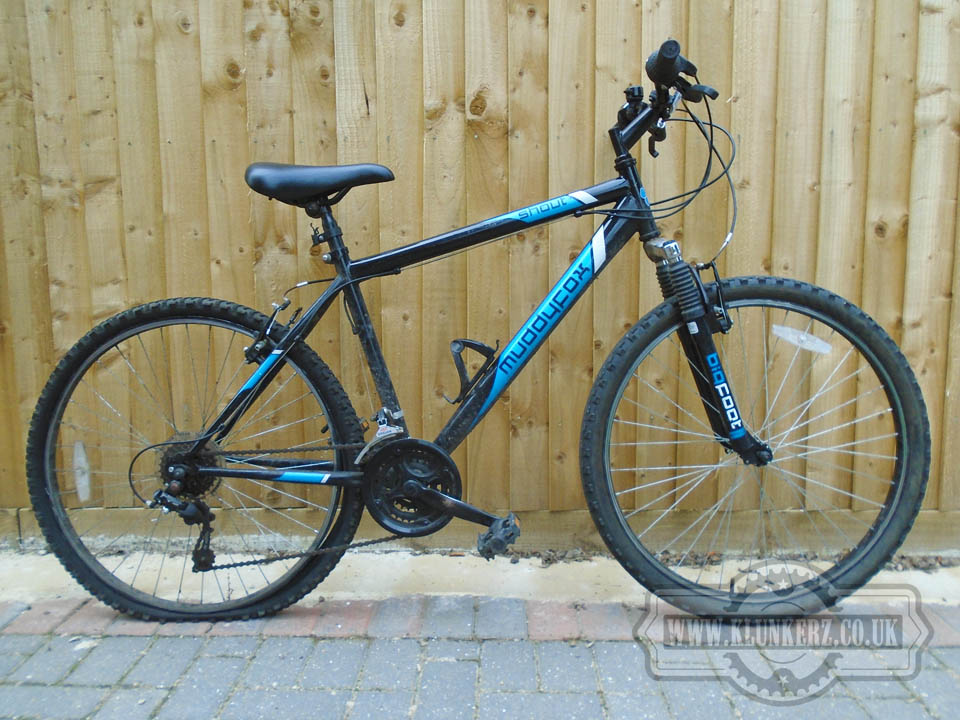 Since having her Muddy Fox Courier Comp stolen a coupe of years back she's not really been out on a bike. We got the Courier Comp back, but for some reason she didn't want to ride it anymore, and so it's has sat rusting at the bottom of the garden. But as she's got the Summer off to look after the kids, and as the kids want to go out riding, she's decided that she needed a new steed. After going through my personal bike stash of nearly fifty bikes it appeared that nothing was suitable for her worshipfulness, and I was dispatched to the tip to find something suitable. What I came back with (Amoungst others, Shh!) was this Muddy Fox Shout, and... 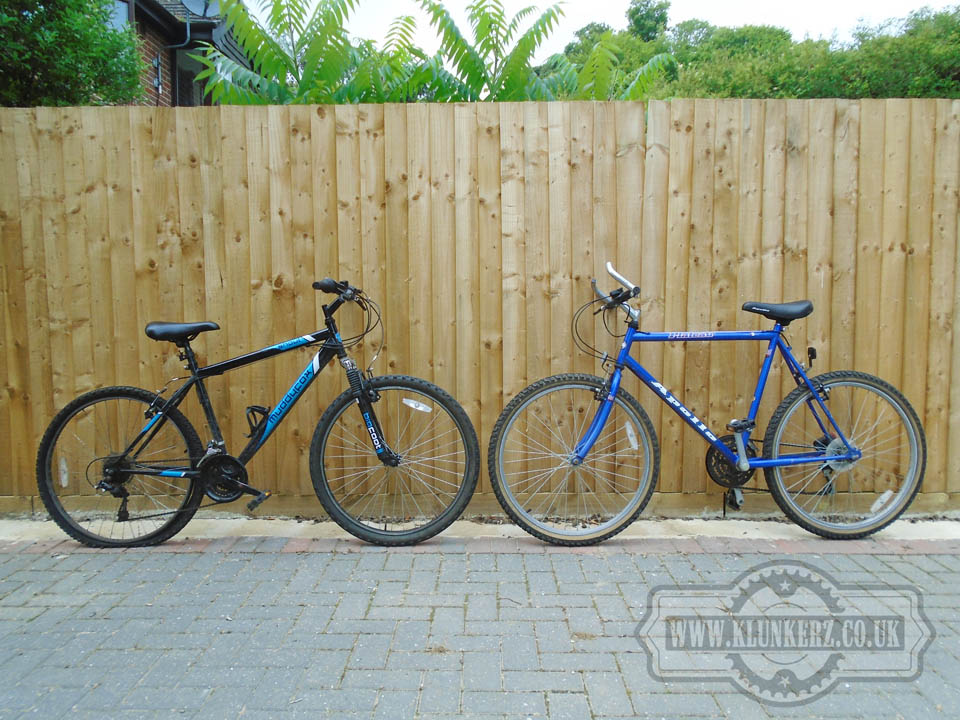 Good thing I had bike building planned for today, would've been nice if it was my own bikes though! 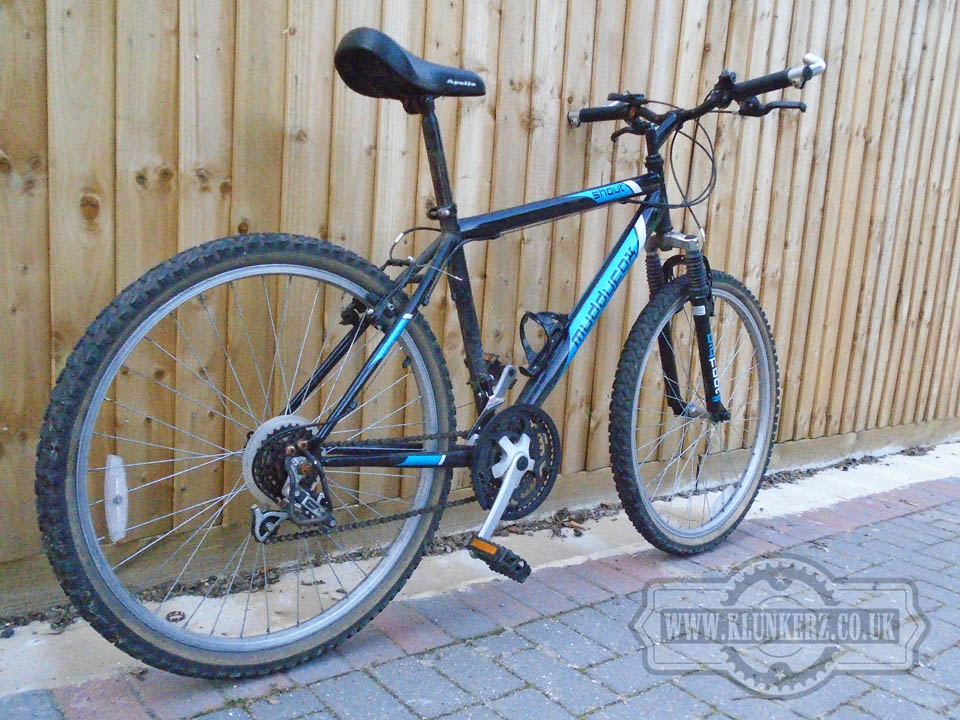 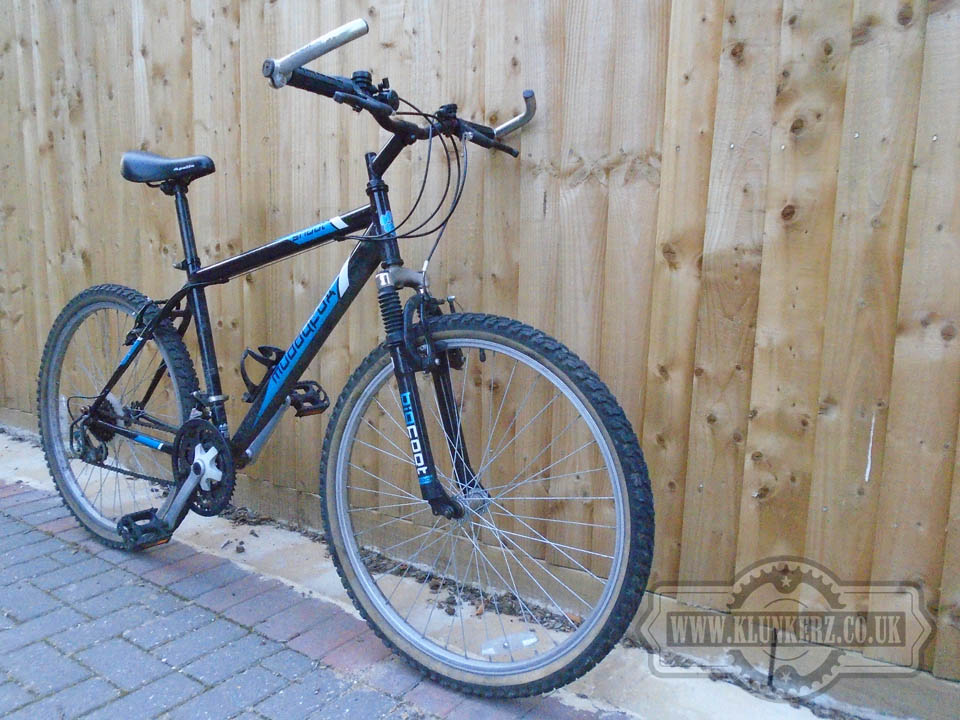 Lastly the saddle from the Apollo was swapped with the ripped Muddy Fox saddle. She then told me not to forget to put the Bar Ends on from the Apollo. Bar Ends? Who has those anymore? Whenever I get a bike from the tip, if it has Bar Ends the very first thing I remove is those damn things! But apparently thats what she wanted, and so thats what she's got.

So there it is done... Except its not done. By the middle of the afternoon the back tyre had gone flat. I had intended to take it for a spin and tell you about how good, or how bad it rides, but that will now have to wait for another day. Hopefully it'll ride well, although no doubt if it doesn't Mrs Clint will tell me about it... No matter how far away I am!