September 15, 2019
When I put this thing into hibernation in the Autumn of last year I was wondering if it had any future in my collection, and to be fair, I'm still wondering! 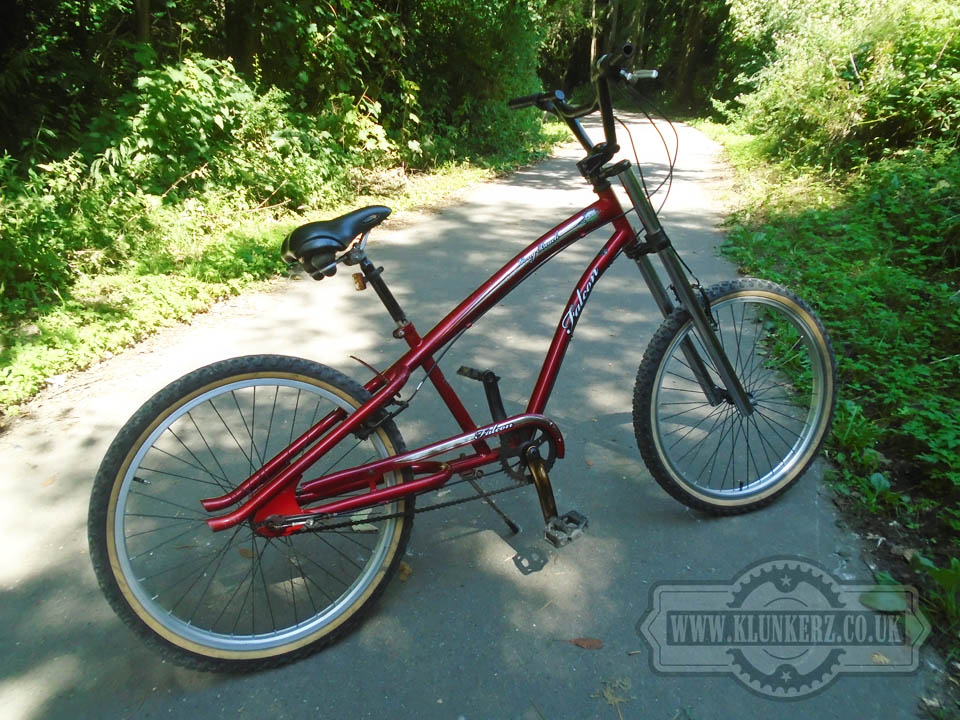 I do like it, but I don't think I like it enough! I think that the problem is that it's just not as comfortable as I feel it should be, and it's very heavy! With my littlest Monster on the Sweet Thunder I thought that I'd wake the Long Beach from it's hibernation, and take it out for the Summer. Initially it was good, free-wheelin' down the hill from my garage towards BelongaClint I felt as cool as the Fonz! But after several rides out on it where there were both down, and up-hill gradients to contend with and I was quickly reminded that I wasn't the Fonz, but some fat middle-aged fella, riding a really cool looking, but heavy bike! 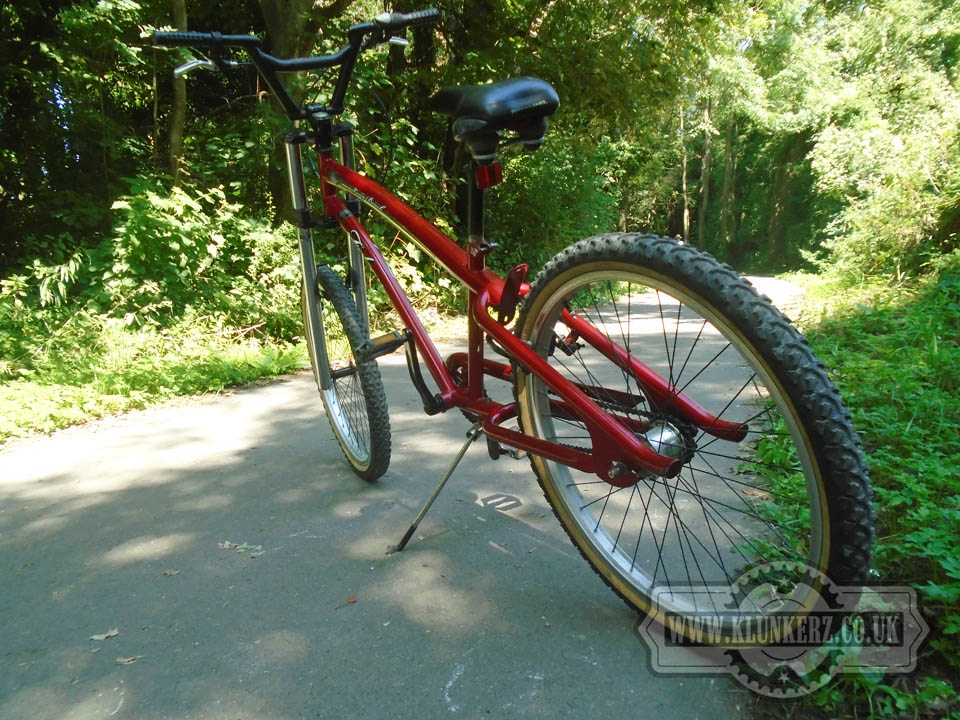 No matter, I carried on regardless! I think out of all my cruiser type bikes this may well be my least favourite. I think that the problem isn't so much the weight of the thing, but the riding posistion. With the handlebars up high like that, and the length of the frame it is an odd position to ride in when you're more accustomed to having the shorter frame and the handlebars being around the same height as your waist. I thought that during the Summer holidays I would get used to it, but I'm not sure that I ever did. However, possibly the worst thing about it is this thing... 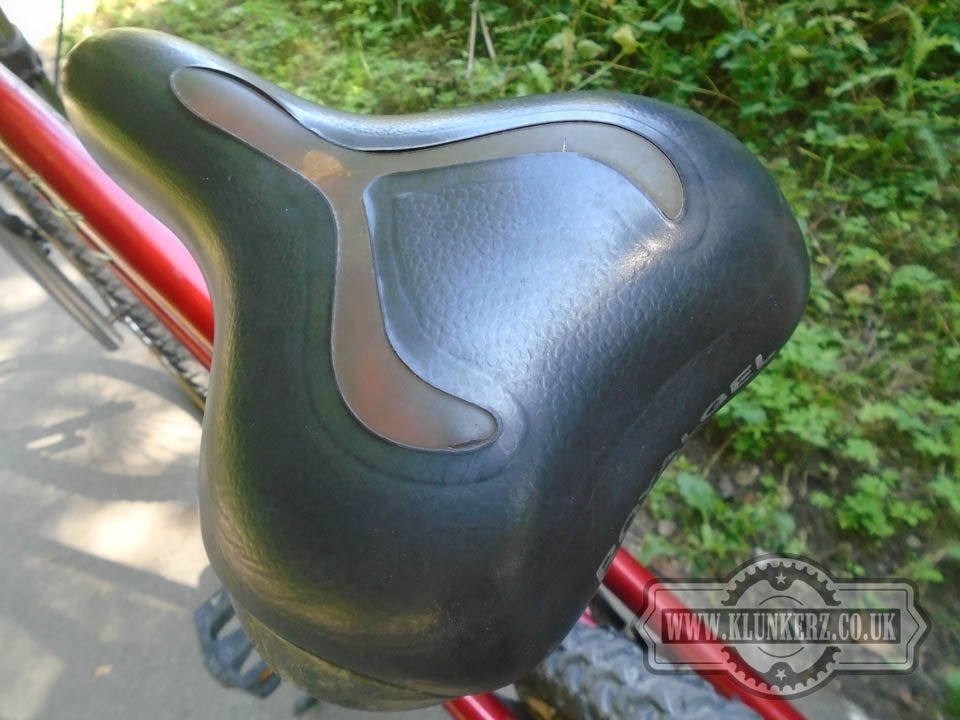 The saddle! Now then, when I originally got this thing it was fitted with a saddle that was ample for even the most luxurious of bottoms, but not comfy, or atleast, not comfy when you've been riding for an hour or so! But, I wasn't sure if this is completely down to the saddle, or more likely down to the fact that due to my two little Monsters high toilet paper useage, Mrs Clint has furnished our bathroom with a toilet paper that makes IZAL look damn right luxurious! So, I made a couple of changes, firstly, I went out and bought the softest toilet paper known to man, I didn't even care that it was almost a pound a roll, my bottom needed it, and deserved it! I'd suffered enough, if anyone was going to feel like they're wiping their bottom on a fluffy Koala, then frankly it was going to be me, and it was lovely! Secondly, I found a slightly smaller, although still pretty big Gel Saddle on a Gary Fisher bike at the tip... Which I then liberated! With the slightly smaller Gel saddle on, off I went again. I didn't go too far, but already it felt better. I wasn't sure if its the handlebars, or the saddle, that made the difference, but it's definately better. My guess is that it's a combination of the two. The thing is, it's still not great, it's better without a doubt, but not perfect! 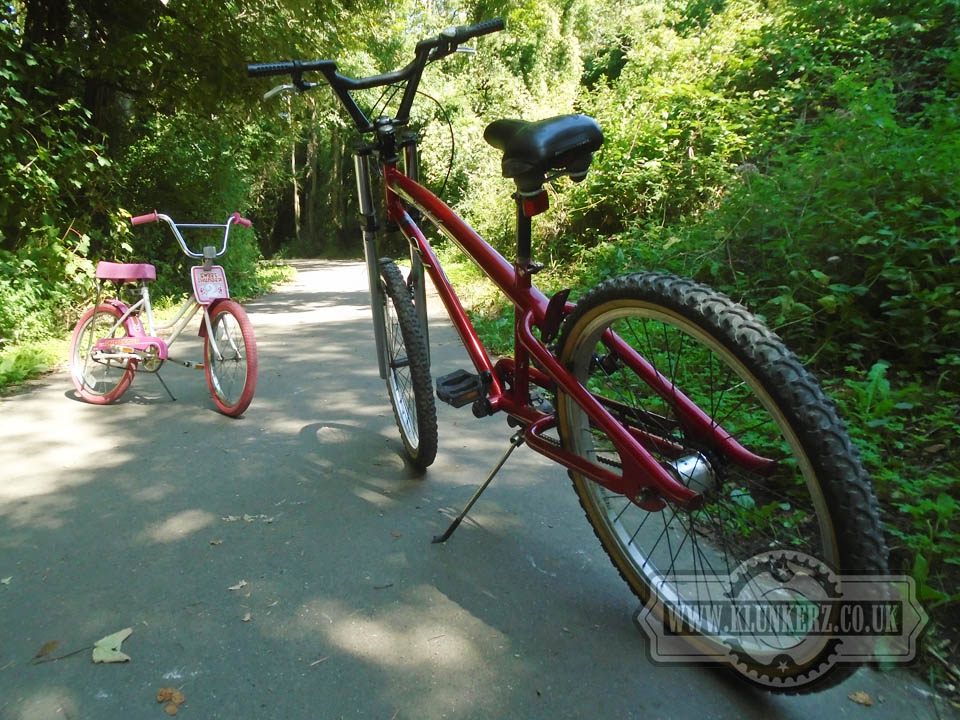 I'll admit that this bike is never going to be brilliant to ride because of it's size, weight, and style, but thats not what it's about, it's about cruising about on the flat, and looking, or atleast trying to look cool, and at that, I guess it's pretty good. But I still think that there's room for improvement. Despite my littlest Monster complaining about getting 'chub-rub' from her loaf saddle I think that this thing may actually benefit from a banana saddle, something that I am starting to search for. The other thing is those handle bars. I must admit that from a comfort point of view they are far better than the stock ones that came on the bike, but they're damn ugly! So I think I may well search for another set of BMX handlebars that don't look quite so industrial. Other than that, I think that I still needs to be on more of a road tyre, rather than knobblies. I also think that it might look better if the front wheel was a larger 700c wheel rather than the 26" wheel that is on there. But that would involve removing the lugs that hold the front Vee brakes on, and positioning them higher up on the forks to match where the 700c rims would be, and that in my mind is probably a little more effort than it's worth! As I said before, you do get a lot of looks on this bike, and due to it's weight I'm sure I'm getting far more excercise than I ever would be getting on a normal mountain bike or something! So with any luck it's doing me some good, and so for now while the big golden orb is out, let's ride! But... Let's just ride something else for a while!