October 15, 2019
Rain... Again!! Goddammit!! Is it just me, or does the rain seem relentless at the moment! This morning I took my kids to school, it was dry, and even a little brighter than usual. Then I came home, and unlocked my bike, but before I'd even made it past my gate it was freakin' raining!! I don't know, maybe I was just in a bad mood anyway, but getting soaked to the bone didn't really help it! 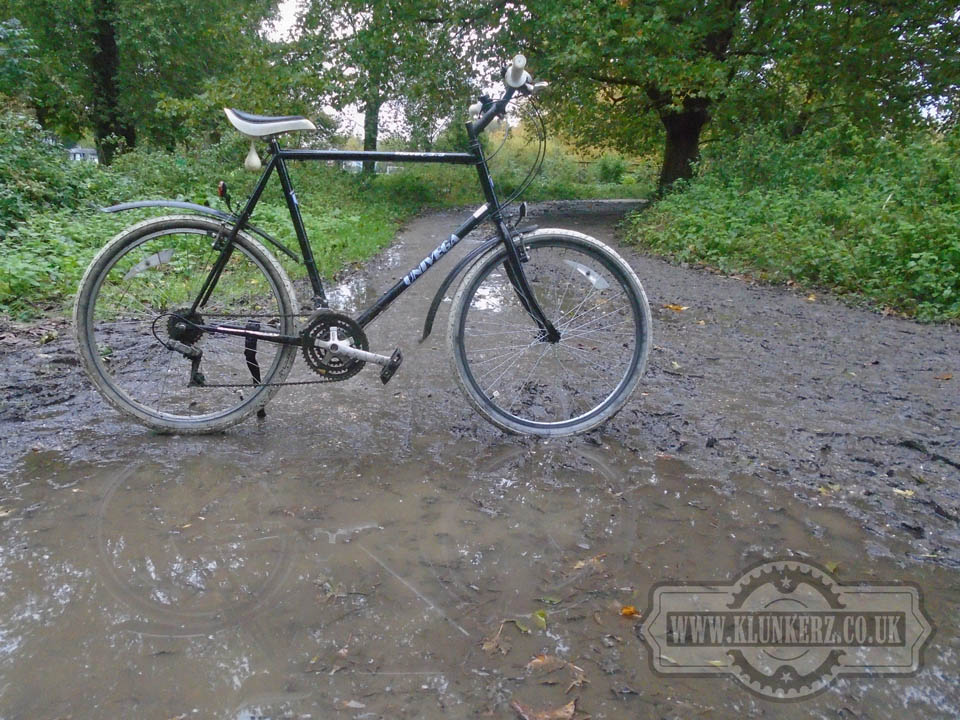 I've been thinking for a while now that I quite fancy a change of bike for a bit. To be honest I'd quite like to give that Schwinn a go, but as I've not touched it, it still needs plenty of fixing, mainly because when I seem to be working, it's dry(er), but when I'm not working, it raining! Worse than that, I've got a couple of cars that really need working on, but the same problem prevails, and I'm pretty damn sure I'm past the age where working on cars in the rain is an option! 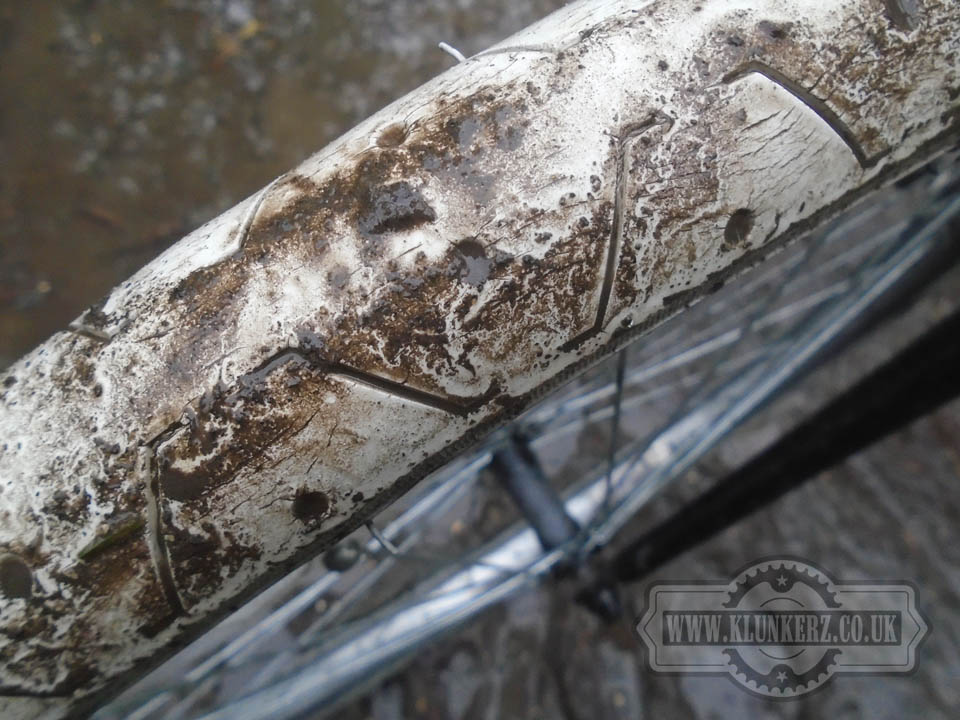 I guess that it's not just the rain, but the mud too. I know that I could go another route on my bike in the mornings, but the truth is I still get absolutely filthy from the roads! One of the main benefits of this bike in the rain is that it has road tyres, which I thought wouldn't pick up the mud and crap from the road. But as they do, it also has mudgaurds! 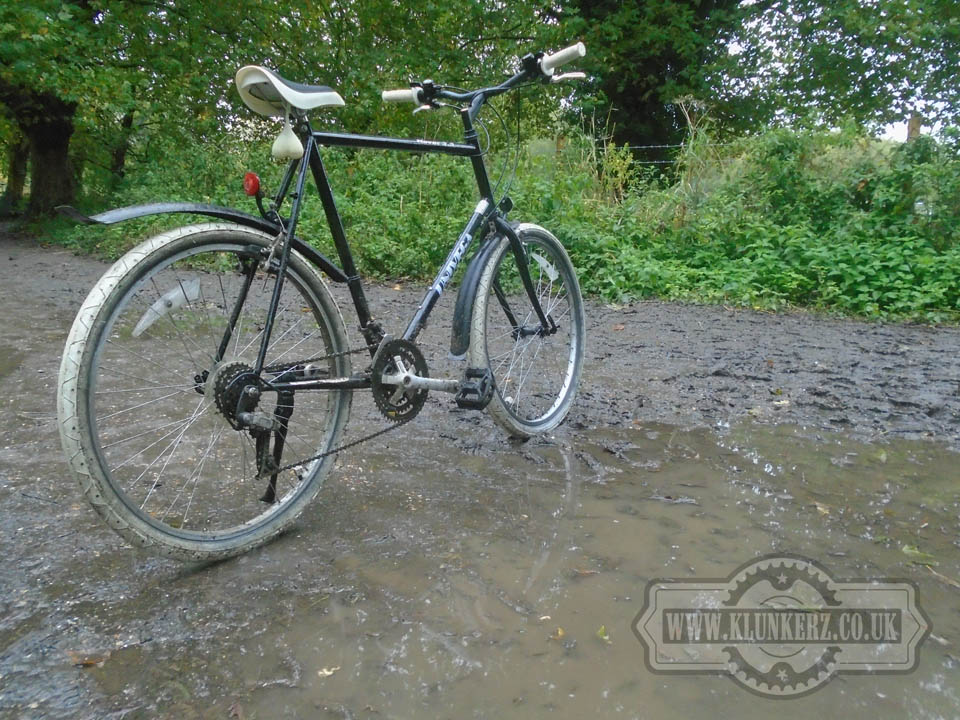 But even so, by the time I get home the everything below the knee is soaking wet, and filthy! This morning I arrived home after my ride looking like I'd just been rolling in the mud! As I stood infront of my washing machine stripping off (Don't try to visualise this, it's not a pretty sight!) The long suffering Mrs Clint watched as I loaded the machine, she said nothing until I had closed the door, and turned it on. then she piped up, "Good ride?" I informed her that it wasn't the greatest! So then she asked me if the rain was muddy, or was it me who fell in the river this time?  I told her that the rain was probably the cleanest bit of my whole ride, and I didn't fall in the river, but the river path was so muddy, and wet that in all honesty I might aswell have been riding in the damn river! I'm sure it doesn't help that I'm flicking the mud off my back wheel all up my back as I slip through the mud too! 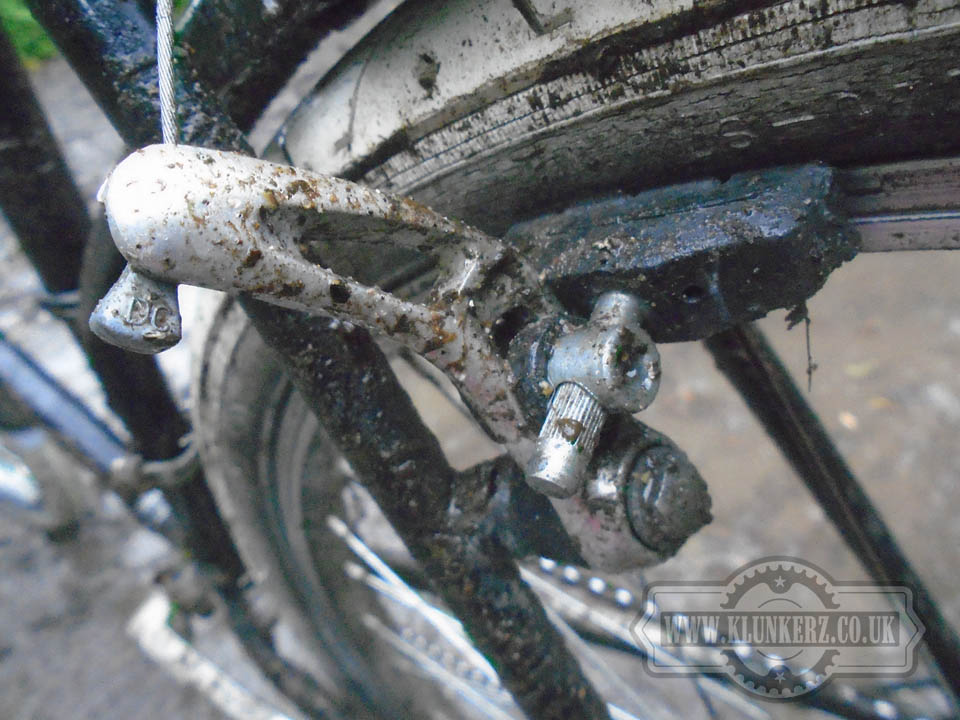 So Mrs Clint suggested that perhaps I stick to paved surfaces. To an extent I think this would be good,  except that the paved surfaces also have a thin layer of mud, and a fair amount of leaves that also get flicked on to me. I reckon that a good fifty percent of whatever it was that was covering my legs was fragments of leaves from the paved surfaces! I really try not to think about what the brown fifty percent is that covers my lower legs, I hope it's mud but I doubt thats all it is! Needless to say that a quick rub down in the shower was the next port of call. (Again, don't try to visualise this, it's for your own good, honestly!) 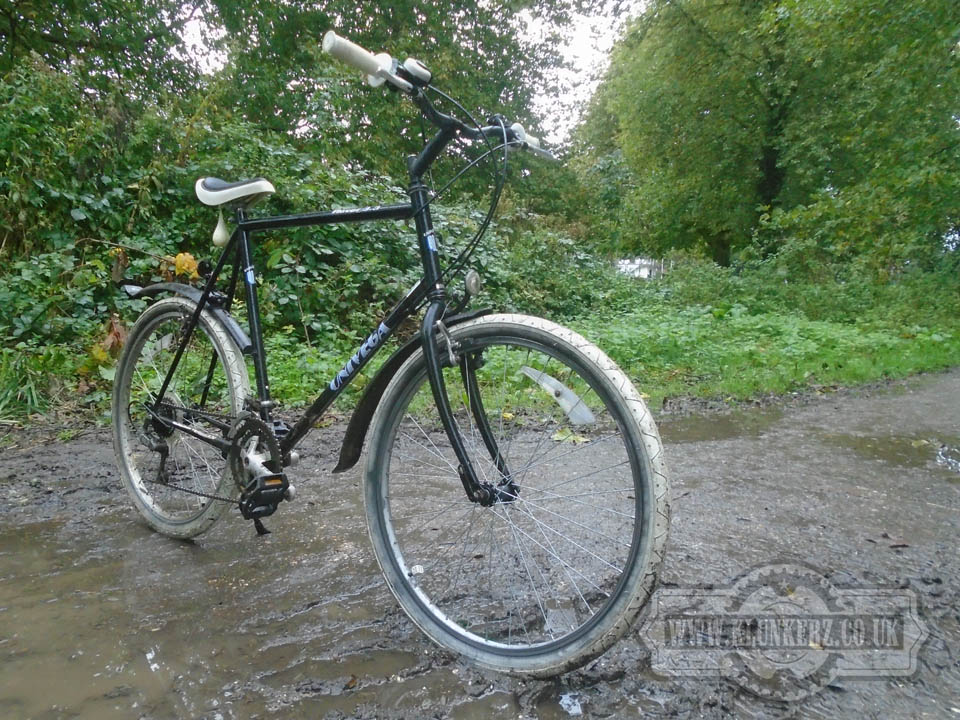 I've tried to convince myself that all of this is only temporary, that we'll have another good blast of sunshine this Autumn before the bleakness of Winter sets in, but for the last week or so, it's been hard! I've even been looking out for a bearded bloke building an ark while I've been out and about! Anyway, no matter what I'm going to try to ride on through the bleakness of the rain and forth coming Winter months. I am wondering how long I can put up with riding in shorts and a T-shirt though. But I'm sticking to them for the moment as it makes for a lighter load in the washing machine!