November 02, 2019
My microwave has packed up! Actually, not just my microwave, but in the last month I've had to replace a kettle, one of my monsters matresses, and the washing machine. To say this months credit card bill is going to be monsterous is the understatement of the year I reckon. Anyway, on the trip to the tip to abandon my microwave I thought I should just have a little browse at the bikes. I wasn't really in a buying frame of mind, but I have been thinking about retiring the Univega for a while, not selling it, just putting it to one side while I decide what to do with it. My original plan was to build the Schwinn up, and ride that while I tear the Univega down and change it a little. The problem with that is that the bottom bracket thread is worn out, which probably explains why it was at the tip! Anyway, while I was dumping my broken microwave this Raleigh Lizard comes in... 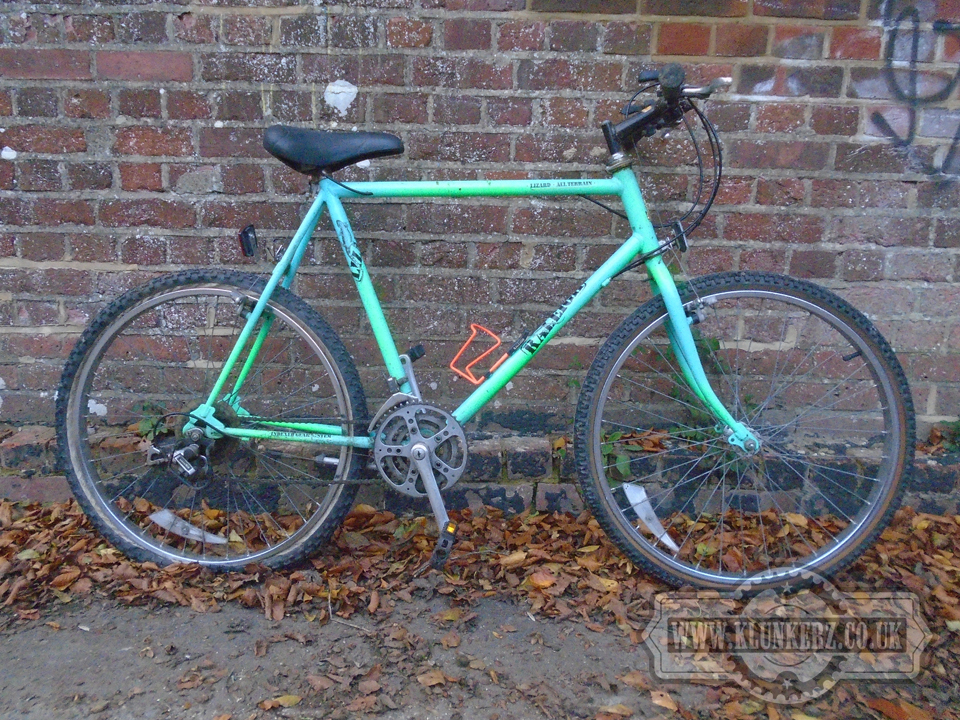 Like I said, I wasn't in a buying frame of mind, but because I've not had a Lizard before I figured that I should at the very least take a look. To be honest I've looked at Lizards before, but they've always had smaller frames, and although I'm not particularly tall, I do like a tall frame, and this one had a 23" frame. Not as big as the Univega, but big enough! 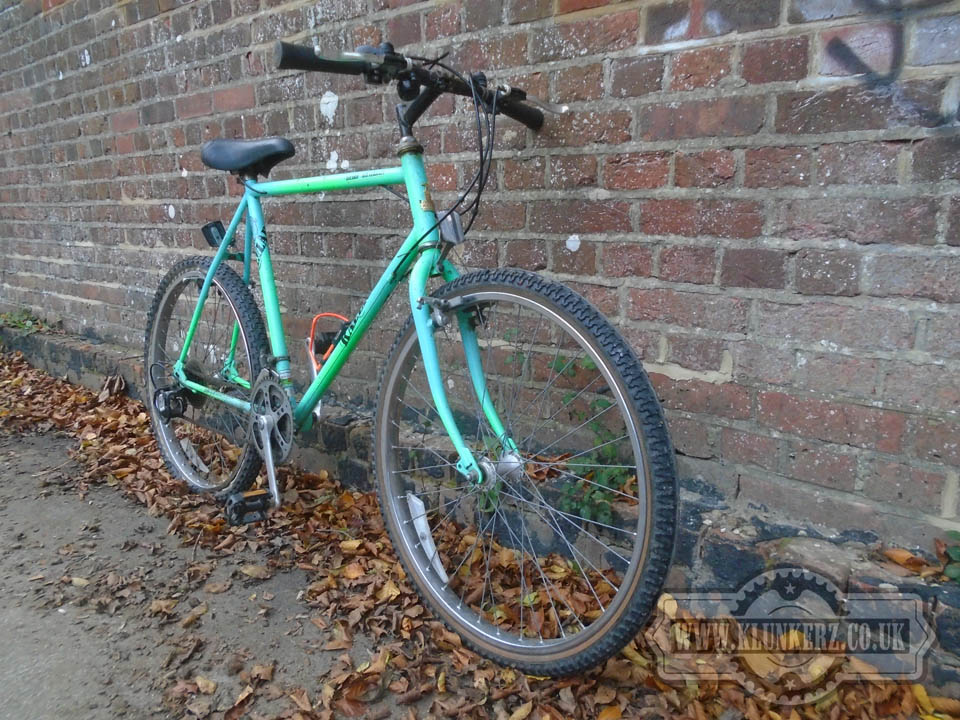 As usual for this vintage of bike it has got steel wheels, but ulike most bikes of this vintage they weren't rusty, infact the bike looks to have been quite well cared for, although unused for some time by the looks of things. The brake cables were siezed, the tyres punctured, and the seat had a small enough hole in it that it would soak up water like a sponge. But I thought it didn't need a lot to be ridden again. 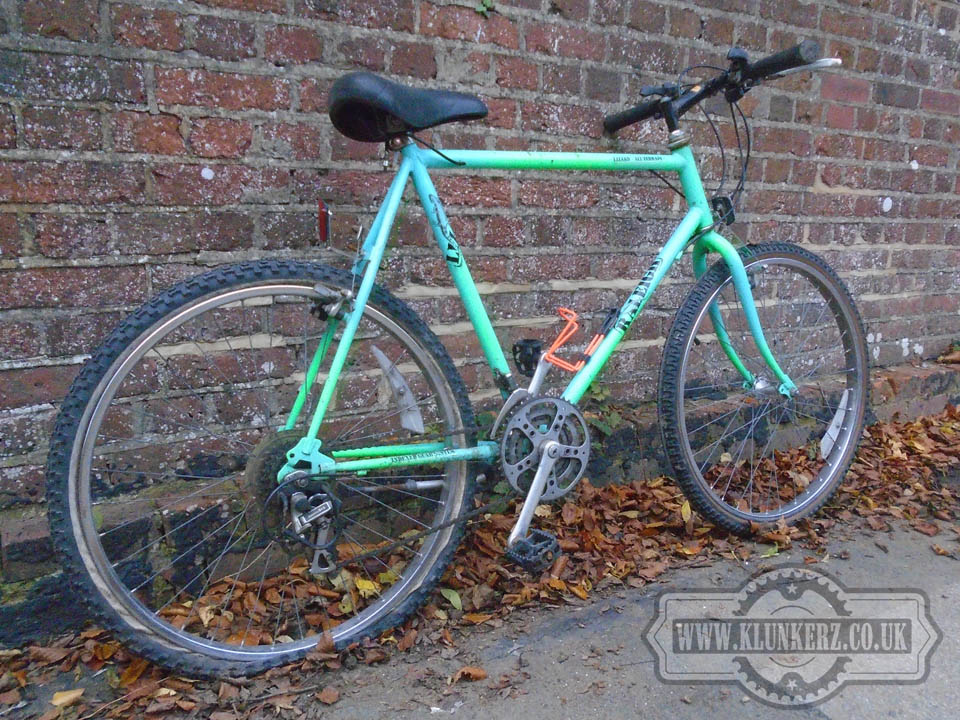 I looked at it for ages, trying to convince myself that I didn't need it, or even want it. I almost made it too, but as I was walking away one of the fellas who works there walked past me and I asked him how much for the Raleigh Lizard? I figured that he was going to say £10, and at that it would've been too much. Then I could've walked away and thought no more about it... Probably! The guy looked at it and said, "I dunno, fiver?" DAMN!! OK, so it seems that I've got my first Raleigh Lizard! I handed over my money, flung the Lizard into the back of my Navara, and off I went. Upon arriving back at BelongaClint Mrs Clint greated me as I was unloading the truck and informed me that I was supposed to be dropping rubbish off, and not picking rubbish up! I reminded her that without proper adult supervision at that place, anything could happen! 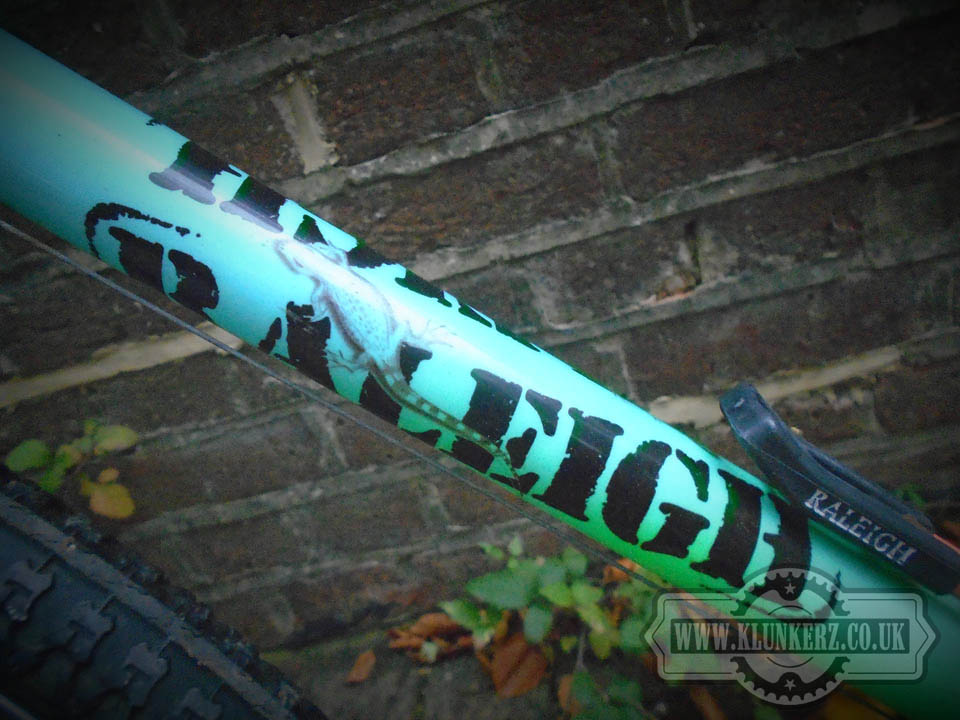 I headed off to my spares stash to see what I could find! Before long I had ditched the water bottle carrier, fixed the punctures, and changed the wheels and tyres. Despite the chrome of the wheels being in good shape, those steel wheels are still pretty heavy. I also changed the handlebars to some that weren't rusty, and fitted new brake cables, and a set of levers because the original levers on this will be saved for another project (the Huffy Cherokee, or Magna Fugitive) Lastly, I changed the saddle for one that doesn't have a hole in it that will soak up the rain like a sponge, then squirt it on my ass the next time I ride it! 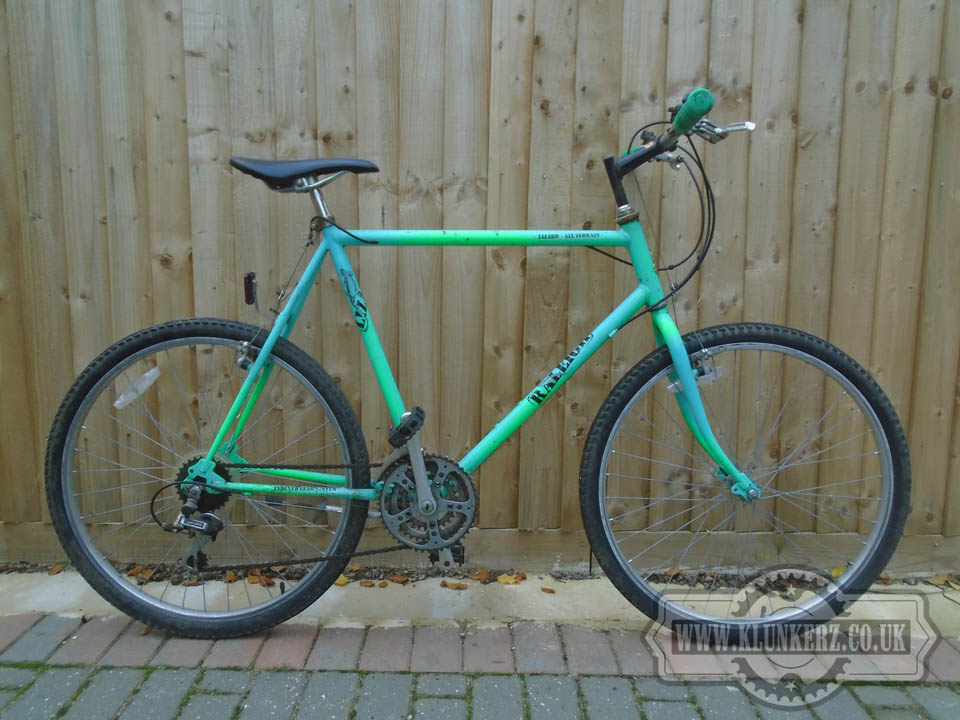 So there we have it! The Univega has now been retired for a bit while I tweak it, and change it, probably ruining it in the process. But while thats going on I shall be riding this Raleigh Lizard. To be fair I am quite looking forward to riding this, as, as I'm sure you know, I quite like old Raleigh bikes from the eighties and nineties, they do seem to ride very well, but I'll let you know in due time! Hopefully a test ride will take place this afternoon, updates as they occur!