November 02, 2019
With the Raleigh Lizard ready to go this morning I was really itching to get out there and see what kind of bike this was. The weather looked a little bleak, but the roads were atleast dry in places. I headed out... 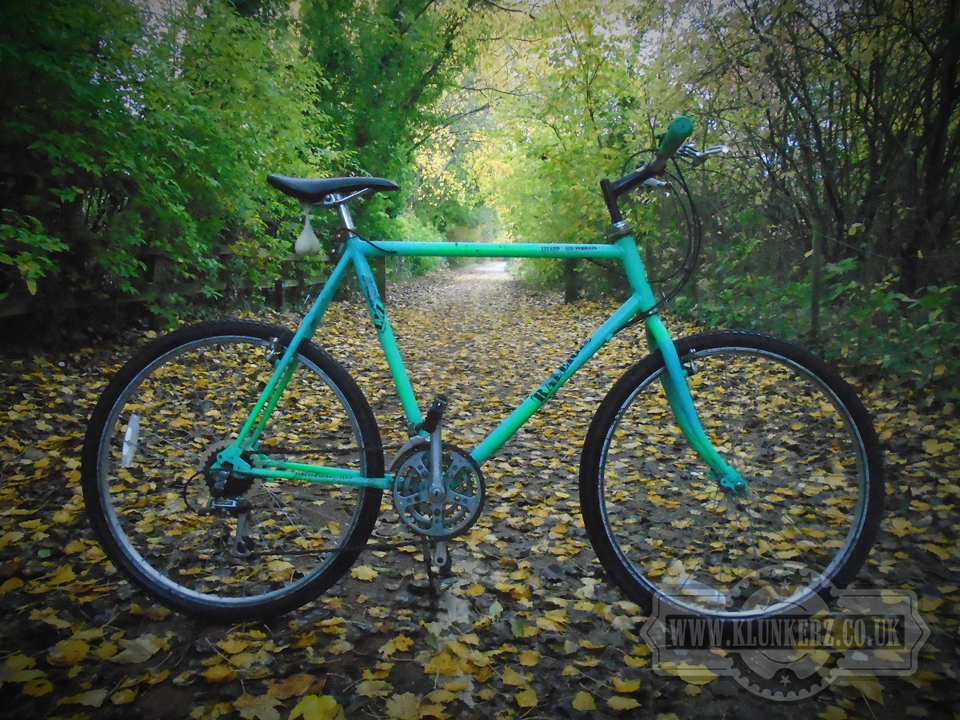 As I expected, it was pretty good. I don't know if I'm always surprised by how good these old bike ride because I'm expecting them to be rubbish, or if they are actually good bikes. But with eighties and nineties bikes I pretty much always feel quite happy with them, especially the Raleigh bikes. My Dad always thought Raleigh bikes were the best, and so our bikes when we were kids were pretty much always Raleigh bikes. I used to feel a bit envious at my friends Diamond Back, Murray, Muddy Fox, Puch, and even Halfords bikes as somehow they just seemed a little bit more exotic. But maybe my Dad was on to something, maybe the Raleigh was the better bike. I wonder how a modern Raleigh bike stacks up against say a modern Muddy Fox, or something? Anyway, other than a few tweaks this is pretty much as it left the tip, and going on the Cheng Shin tyres, and Lee Chi brake blocks that it was wearing when I picked it up, my feeling is that this is exactly the way it left the factory when it was new. 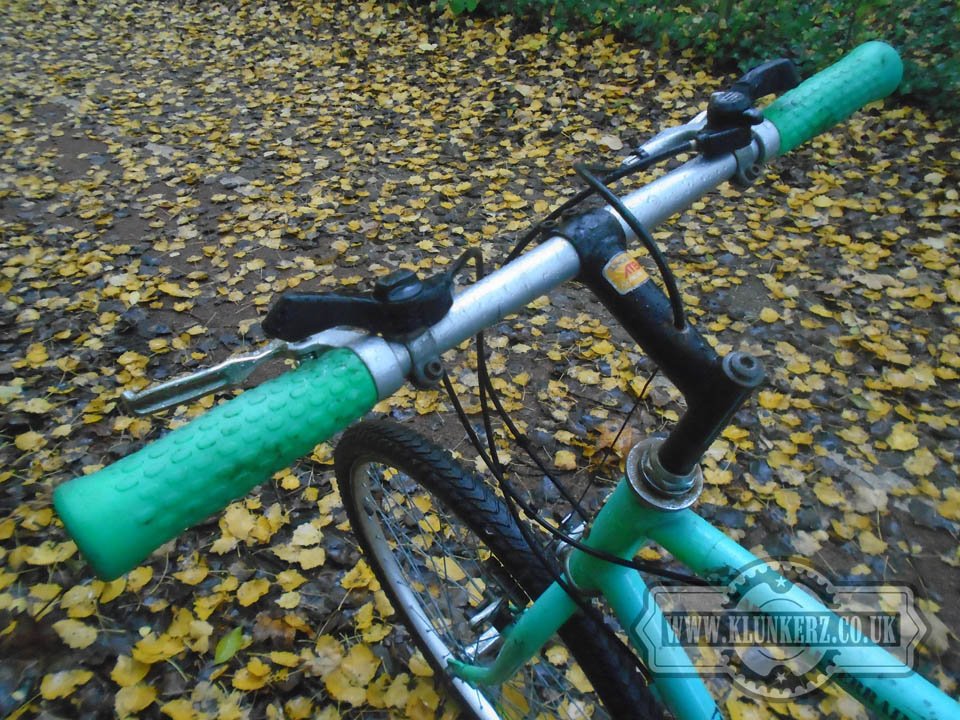 But the handlebars were rusty, and the brake levers are wanted for another project so I replaced them with bits from my stash. Along with the brake cables and grips, just because I had some green grips that probably wouldn't look good on anything else. 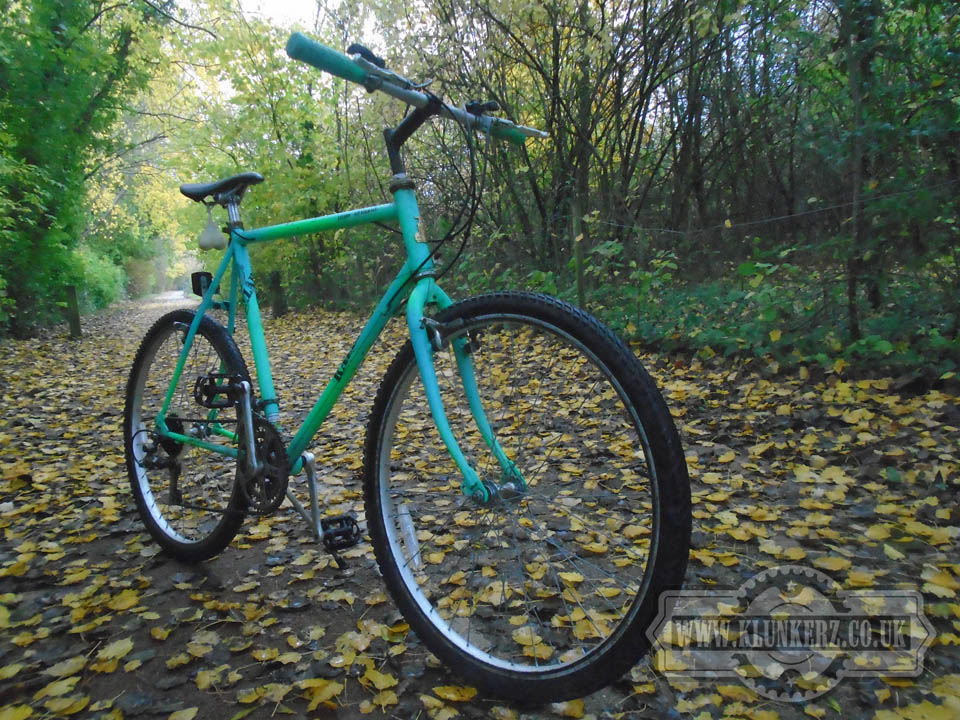 Newer unpuntured tyres, and aluminium wheels also got donated to the cause. I initially fitted some big fat knobbly Kenda tyres which looked fantastic but the knobbly bits rubbed on the frame. So I reverted to type and fitted more of a road tyre which was about half the width of the knobbly tyres. The fat soft saddle which was actually very comfortable was swapped for a skinnier, more racey saddle simply because the nice big soft saddle had a few little splits in it that were only going to get my bum wet when I ride it after it's rained. With those little changes done, for better of for worse, I headed out. 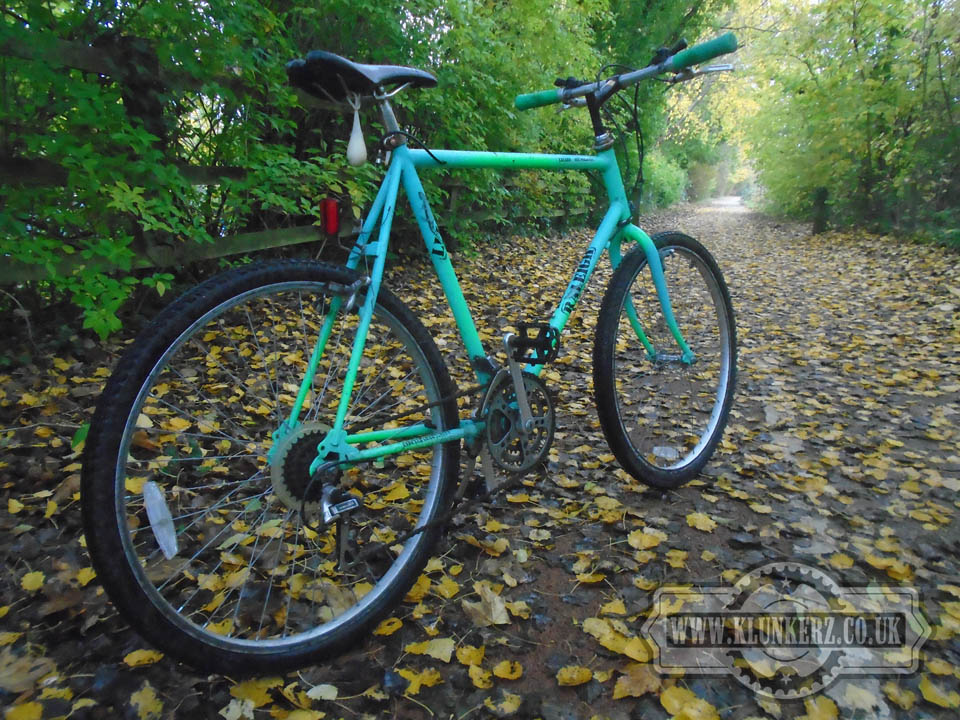 I've got to say that I really like the colour of this thing. It was a pretty dull old day, but the frame on this Lizard looked really bright! I don't know if it was the threat of rain, or the time of day, or what it was, but I pretty much had the cycleroute to myself today. Only one other cyclist, and a three or four walkers, not a single Dog, or Dog walker about... Where was everyone? I thought I'd enjoy the peace and tranquillity while it lasted, and rode on. The ride was going pretty good, and I was really happy with how the Lizard rode. As I reached the point in my ride where I turn round and head back to BelongaClint I was feeling pretty damn good about it all, then I turned around... The sky was dark, actually, it was darker than dark, it was black. Worse than that I could see that between me and BelongaClint it was raining, and raining hard! I thought to myself, oh dear, looks like I might get a little damp (or something)! Still, never mind, pretty much all of the ride back would be on paved surfaces, so I should be OK... 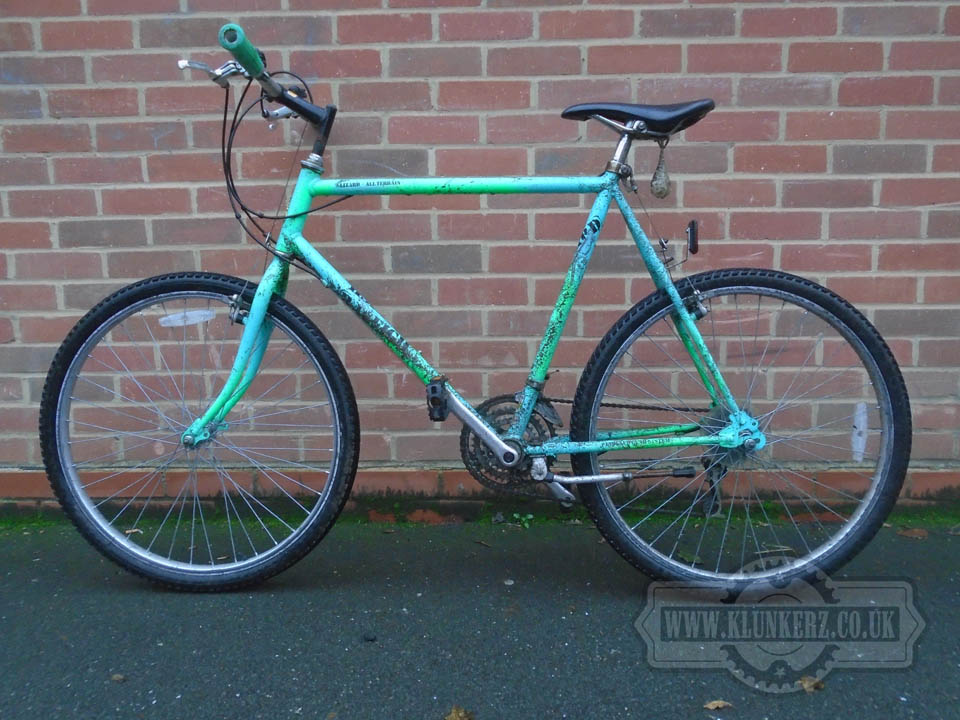 WRONG!! I'd made it to the paved part of my ride before the rain came, but then I was suddenly engulfed by a monsoon. The downpour lasted for maybe three or four minutes, but by that time I was wetter than a blind lesbian in a fishmongers! The water was coming at me from all directions, from the clouds above, and spraying off the wheels from the road, and the water on the road was muddy just to add to the fun! 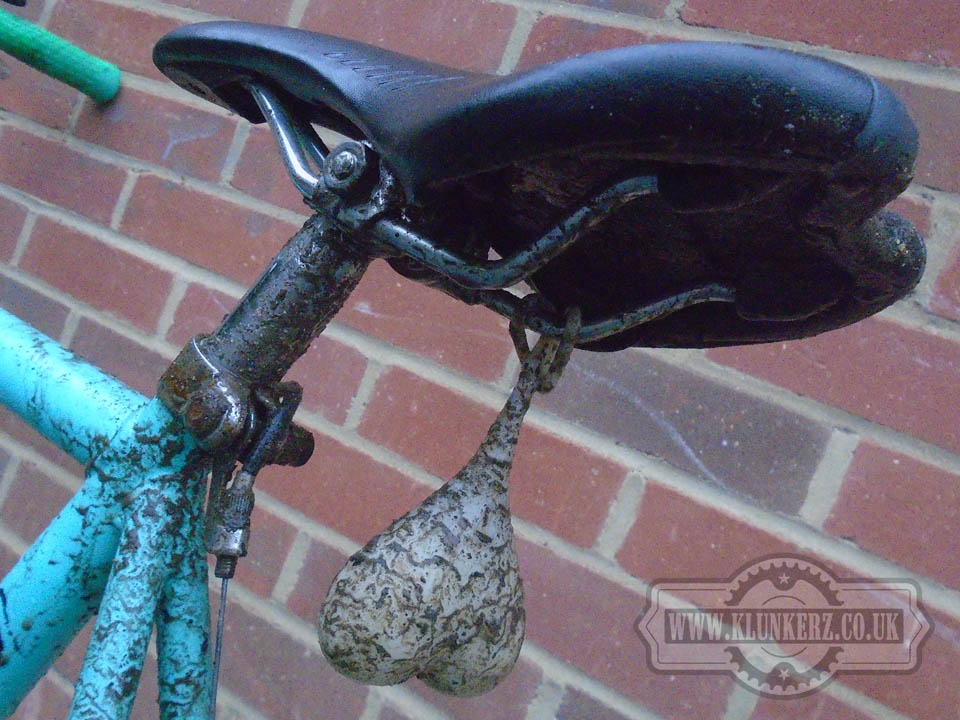 Ten mintues or so later I arrived home, soaked to the bone. My freshly laundered shorts and hoodie completely filthy, and in dire need of being freshly laundered again! I locked the Lizard up and headed inside. Mrs Clint was stood in the Kitchen doing womans work, and as I approached her she just chirped up, "Pleasant ride?" Well, I said as I started to dis-robe and refil the washing machine, I'm getting used to it! But despite the rain it was a fairly pleasant ride, although it's safe to say that I'm not quite finished tinkering with it yet. I think that there's probably one more thing I need to add... Mudguards!