February 06, 2020
I've decided since my first dog encounter of the year that I might try out a new route for my daily ride. 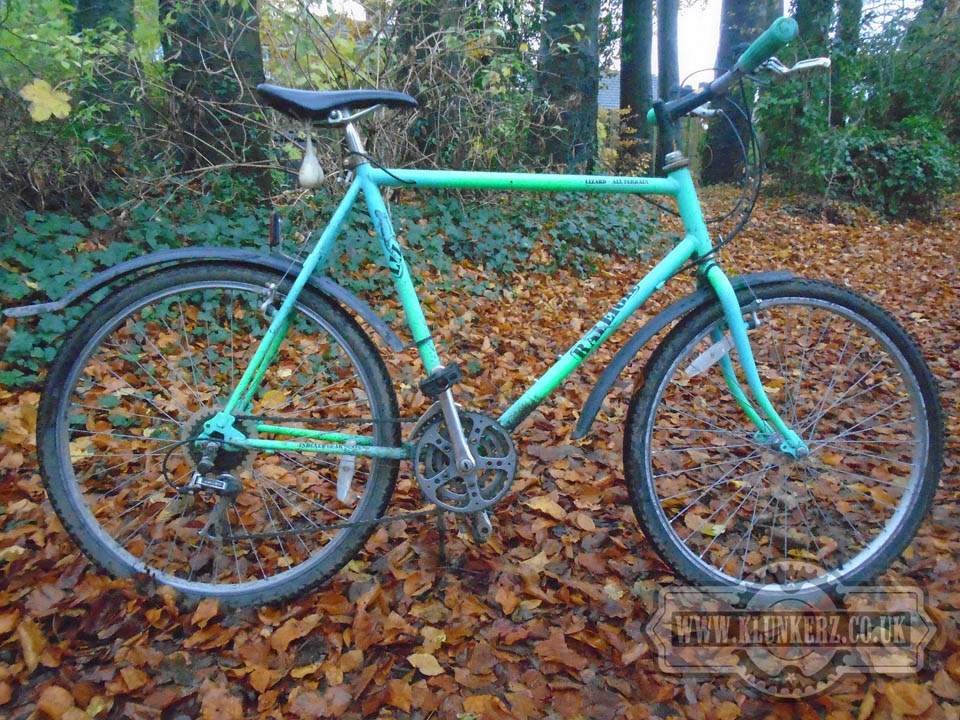 I'll be honest, I'm not completely thrilled with my new route, and it's still a work in progress, but for now, it's going to do. I'm not so sure that it's just the dog encounter to be frank, it's just that of late my route has become a little bit too peoply down by the river, but worse still is there are a couple of other cyclists that I beleive were probably Kamikaze pilots in a former life. As I plod along my route I've had a couple of close encounters with these fellas on their racing bikes. For sure they're out to set a good pace, and I've no doubt that they do, but I think that they're going just a bit quick for the path and conditions. I'm almost certain that one of them is the same fella that earned me a good whack with a walking stick from Captain Mainwaring a few months back! I don't want that again! But the clincher for me came a couple of days ago. It was slightly misty, and the elderly early morning walkers were coming along the footpath/cycle route like an oncoming zombie apocalypse. The thing about these old folk is that they cover the width of the paved area, and walk in a hap-hazard manner, hence me thinking that they look like zombies, epsecially coming out of the fog! Anyway, I met them as I approached a couple of blind corners, but as they were facing me they parted, and I slowly went through. As I rounded the second corner a Kamikaze cyclist on his racer came the other way at a fair old lick. I rekon he was probably doing the best part of 30mph as he passed me, and then seconds later I heard the crash, and then some moaning. I was going to carry on, but I thought I'd better turn back and see what had happened. Sure enough the cyclist was on the ground, and so were most of the pensioners, there were walking sticks everywhere! I genuinely had to bite my lip to stop myself from going, STEEERIIIIIKE!! It was hard, but I managed it, although, as I sit here right now I really think I had a missed opportunity there! The young Kamikaze cyclist was first back on his feet, and busied himself making sure his bike was OK, while I tried to re-unite the right stick with the right pensioner. Thankfully everyone was OK, although the cyclist was pretty mad as he had scratched his new bike! But worse than that, he was pretty rude, and told the pensioners that they were very (he didn't use the word very) inconsiderate for walking in that manner. To be fair to him, I've got to agree, and this is one of my main gripes when I'm riding along this route, peoples lack of consideration for other path users. But, had be been dawdling along like me, he probably wouldn't have have hit them either. But then, after moaning at the pensioners, he turned on me for not warning me about the pensioners! I didn't have time for his jibber-jabber, so before he'd finished I just said if he wasn't riding like a knob it wouldn't have happened, and then I rode off leaving him still there checking his bike over!

The thing is though, he's not the only one riding in such a manner, I'll admit that I am slow, infact, just lately I feel really slow, but these fellas aren't really riding in a suitable manner for the conditions. So, for a little while atleast I'm going to be trying to work out some sort of a new route.

The new route is mostly on the road, which I hate if I'm honest as that has its own problems, mostly to do with drivers who get too close! But I figured as I ride for the most part on old Mountain bikes it should be good to do a little bit off the road too. 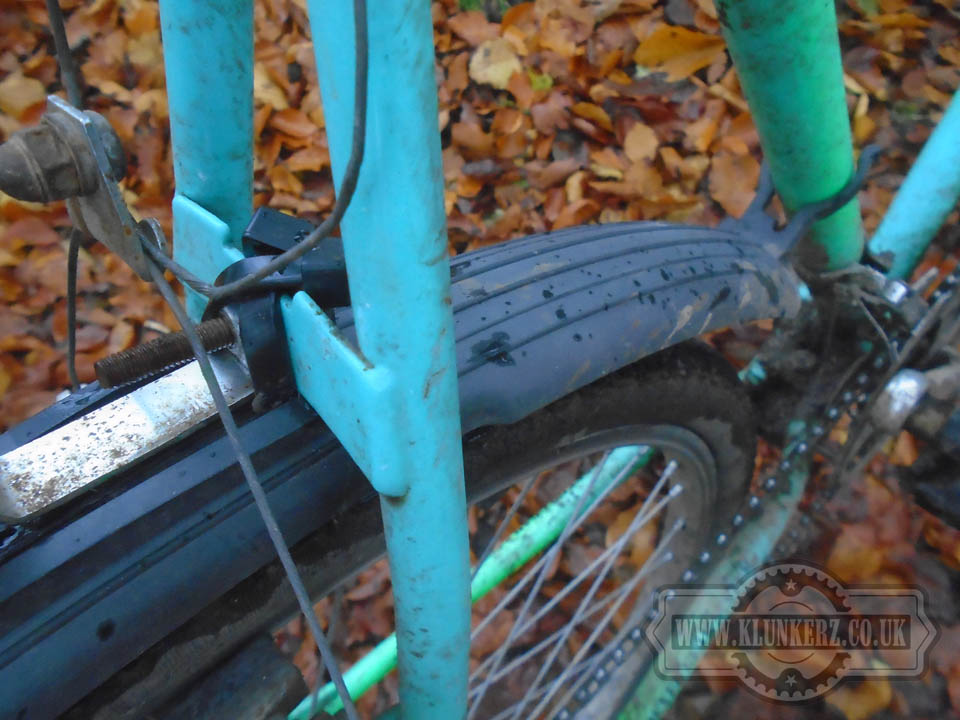 I managed to find a pair of old mudgaurds in my stash, which I thought would be perfect for the Lizard, however they didn't have the bits that mount them to the frame. So the rear one, clips to the seat post tube at the front, and then where the piece that should bolt to the rear seat stay is missing I have simply zip tied the mudgaurd through its mounting holes to the frame. It works OKish, but I think it's slightly in the wrong place as the front clip on the mudgaurd keeps popping off the seat post tube. 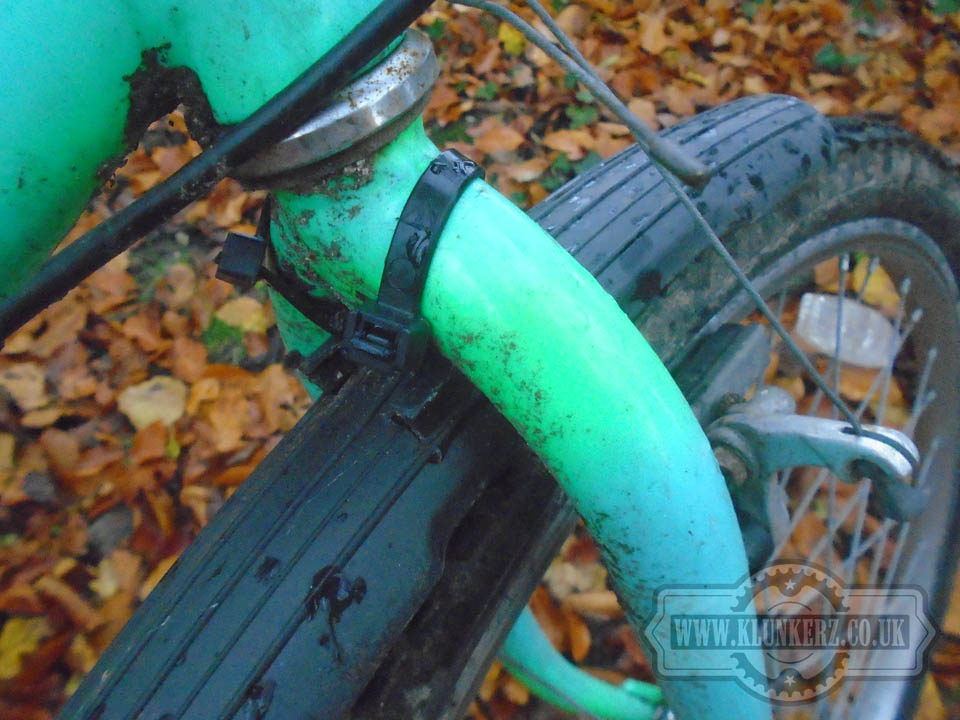 Up front it's a similar deal, the proper mounting is missing in action, and so zip ties have been substituted, and hold the mudgaurd on by wrapping around the top of the forks. It's not perfect, thats for sure, but it does the job quite well. 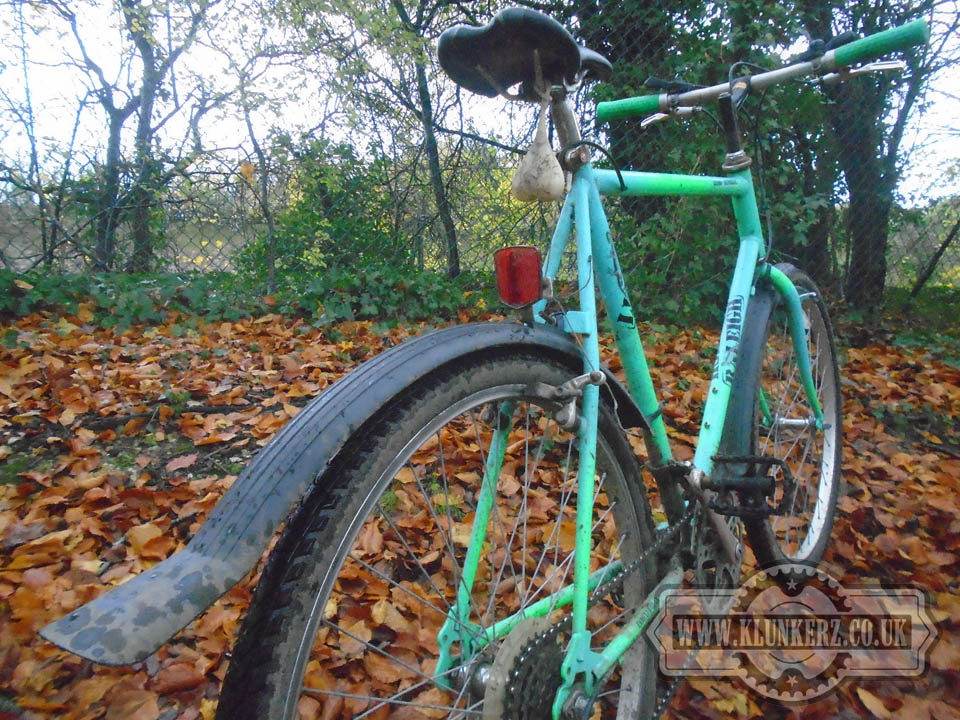 As of yet I have not encountered anyone, or any dogs on the off road section of my new route, but they obviously do go there at some point in the day. I say this because obviously the dog-poo fairy doesn't patrol this little area either, and I can genuinely say that ugly as they are, I'm thankful to my new mudgaurds!

The other thing about my new route is that it doesn't pass the tip, which means I don't call in quite so often. However, today, as I had some spare time I thought that I'd make a little detour to the tip, just to see if they had anything interesting. They did... 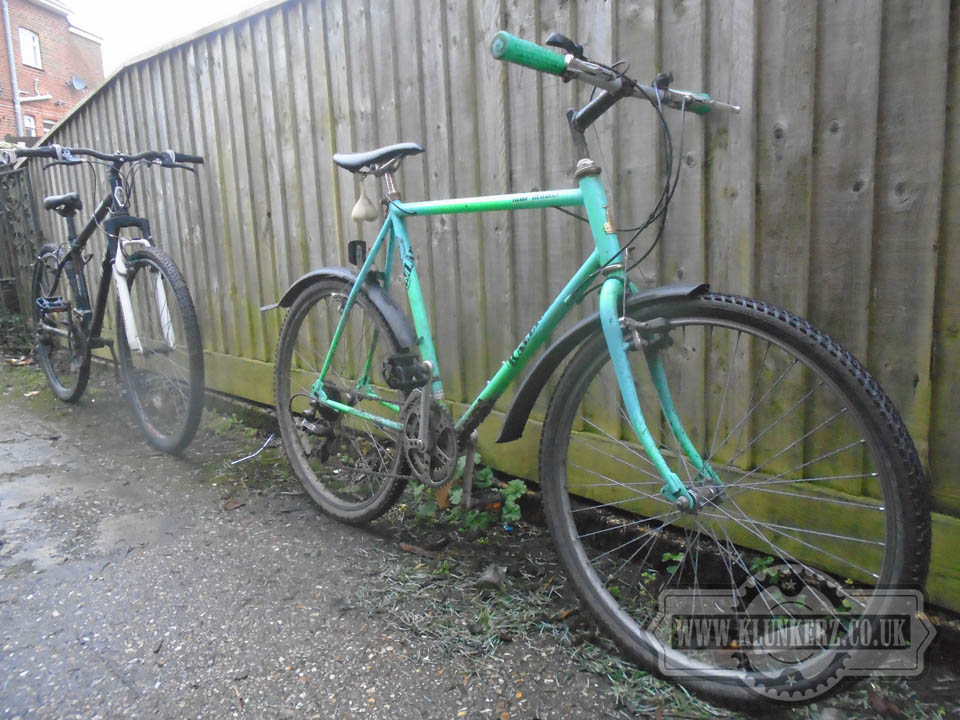 They had cheap modern(ish) mountain bike which I would have probably left if the truth be known. But it is the first bike with 29" wheels that I have seen at the tip. Obviously this piqued my interest, and so I dragged it home. It's far from perfect, and it needs some work before it can be ridden, but I thought that I needed to have it. Unless it's far better than I expect it will be I doubt that it'll be in my stable for long, but I'm interested in having a go with it, and seeing what it's going to be like to ride. Time will tell, and right now I don't have the time to work on it, so it's going to have to wait a while, but one things for sure, it's not going anywhere until I've ridden it about for a bit. As for the Raleigh Lizard, well, I don't think I'm really done with it yet, so my original plans to ride it for a bit and then sell it are still on hold for now, but maybe once I've got this other thing up and running, it may be time to sell the Lizard on... Maybe!