May 09, 2020
I last rode this thing over a year ago, and on my last ride it I wasn't exactly impressed by how it rode, the main problem, as I recall was the automatic gear changing mechanism. It works fine, and probably how it should, but for me I find myself pedalling like crazy and if I was changing the gears manually, I would've changed long before they change on their own. Infact, by the time the gears change I doubt that I could pedal much quicker! 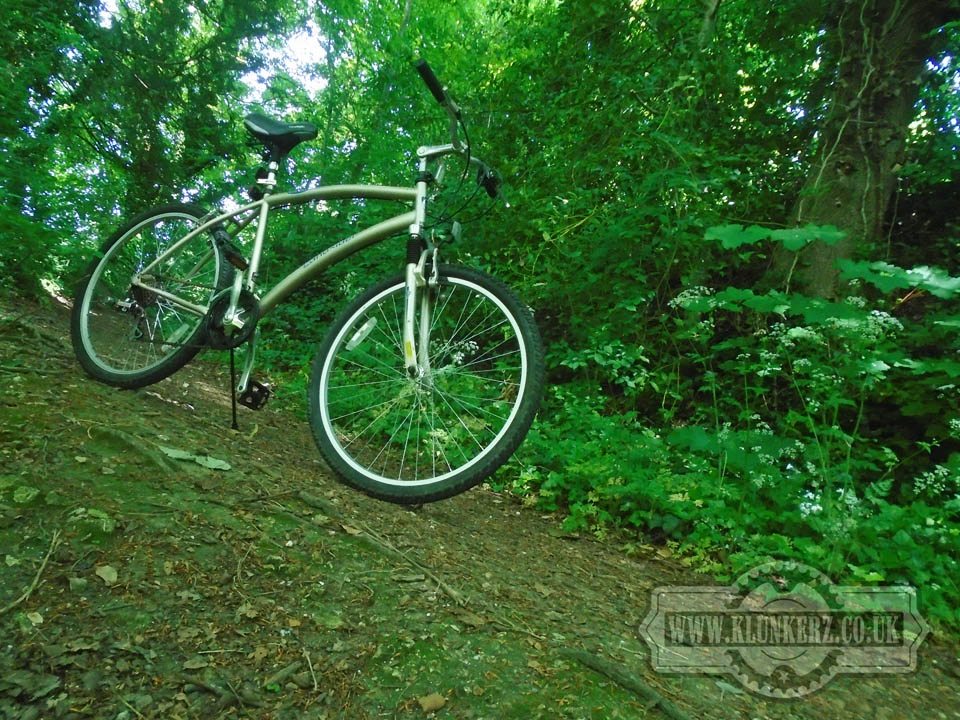 I thought that I could rectify the problem by either fitting it with a smaller set of cogs on the rear wheel, or a bigger set on the crank, or even both! Unfortunately I don't have either in my stash at the moment, and so it has just sat there at the back of my garage awaiting some attention. 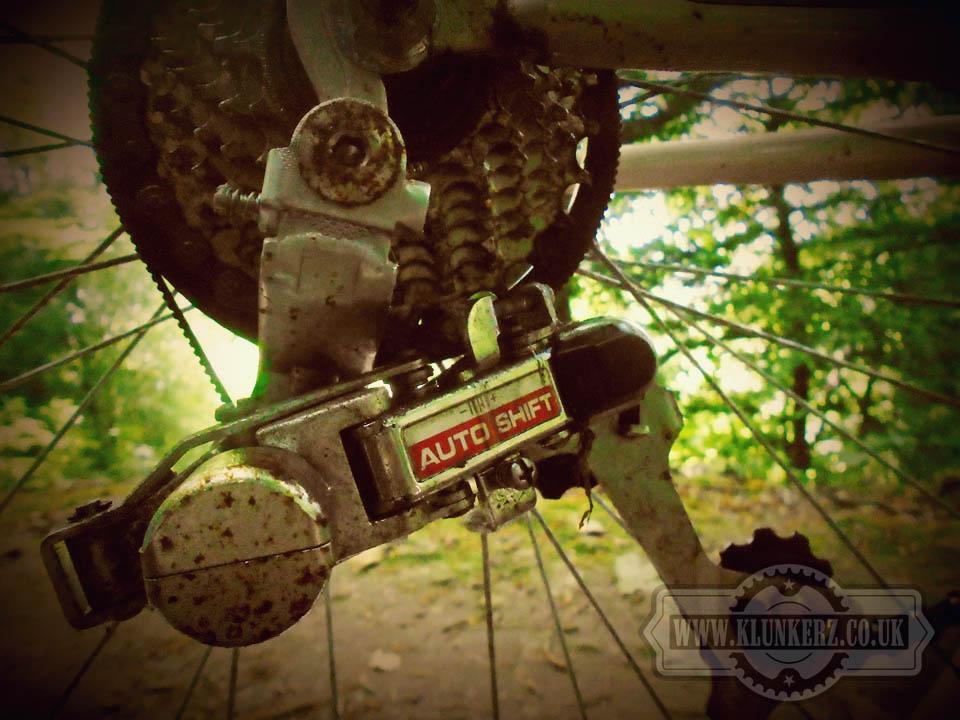 I'd be lying if I said that I don't actually like this bike. Having not ridden it for over a year I found that this morning on my ride I quite enjoyed it. It's a pretty heavy old machine, but thats OK with me as I don't mind a bike with a bit of weight behind it. However the automatic gears still bother me. As I don't have either a smaller set of cogs for the rear wheel, or a bigger chainwheel for the crank, my thoughts turned to the idea of doing away completely with the auto shift derailleur mechanism, and fitting it with a good old fashioned manual derailleur instead. This would mean that I could then change gears when I'm happy, and not when the bike thinks I'm ready. 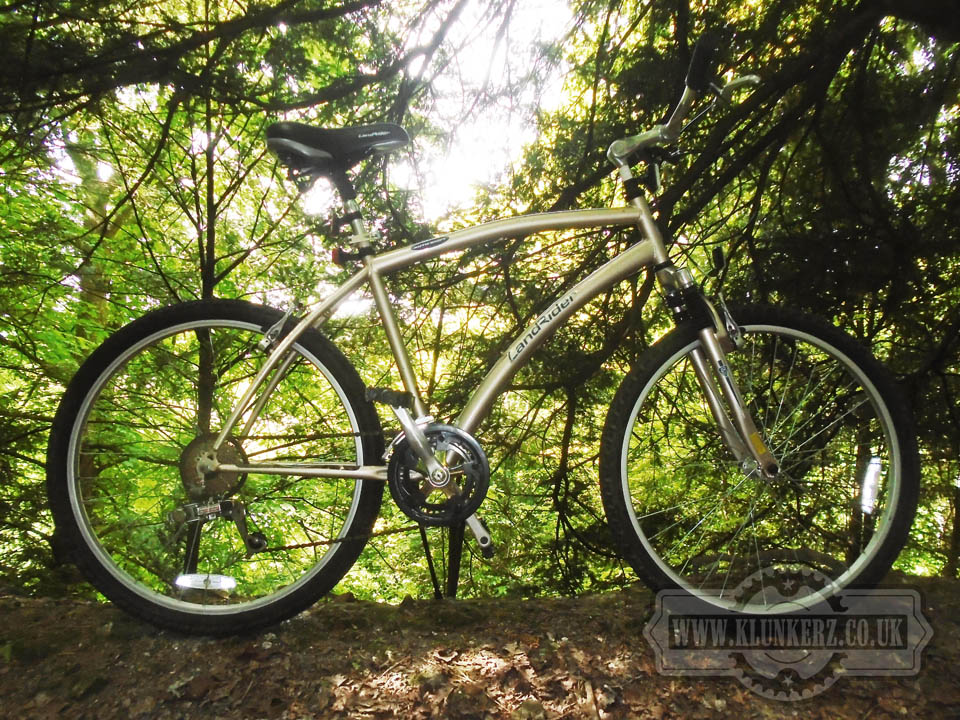 This would then leave me with a bike that looks how I want it to look, and ride how I want it to ride. Which you would think would be the perfect combination. But it isn't. The problem with this is that it would give me a bike very much like this... 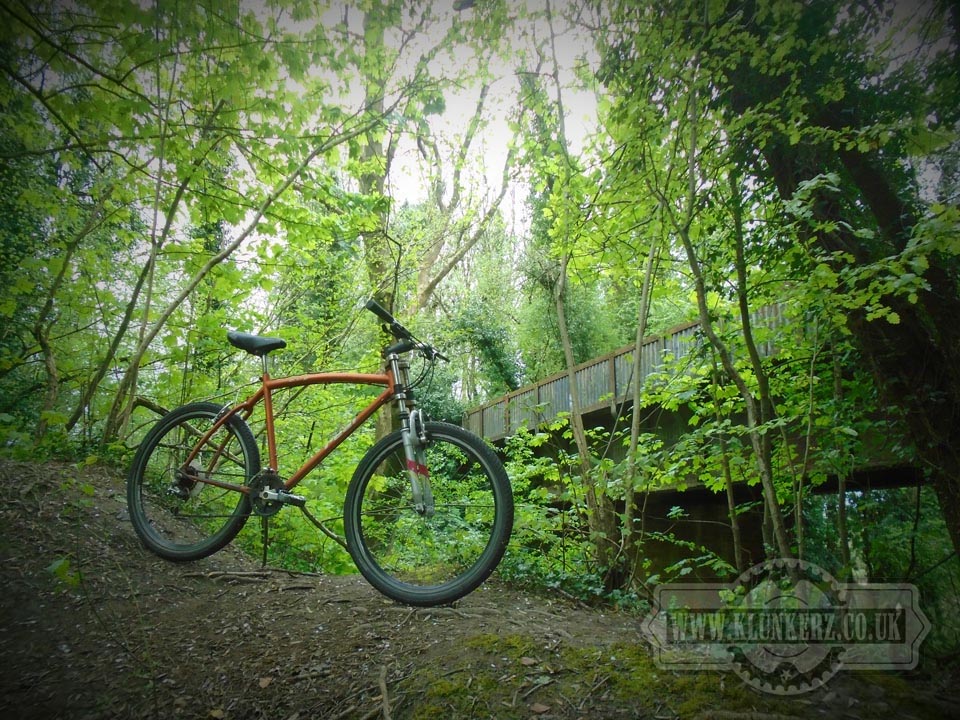 Infact to look at they would be very similar indeed, and as good as the Real Easy is, I don't need, or even want another one. Plus, I think that the whole point of the Venture Land Rider is that it has this auto shift derailleur mechanism. I genuinely think that this auto shift derailleur is a bit of a gimmick, and before I got this bike I'd never heard of it before, let alone see such a thing. But despite it not working quick enough for me it does work. I think that without it the bike might become a bit ordinary which would be a bit of a shame. 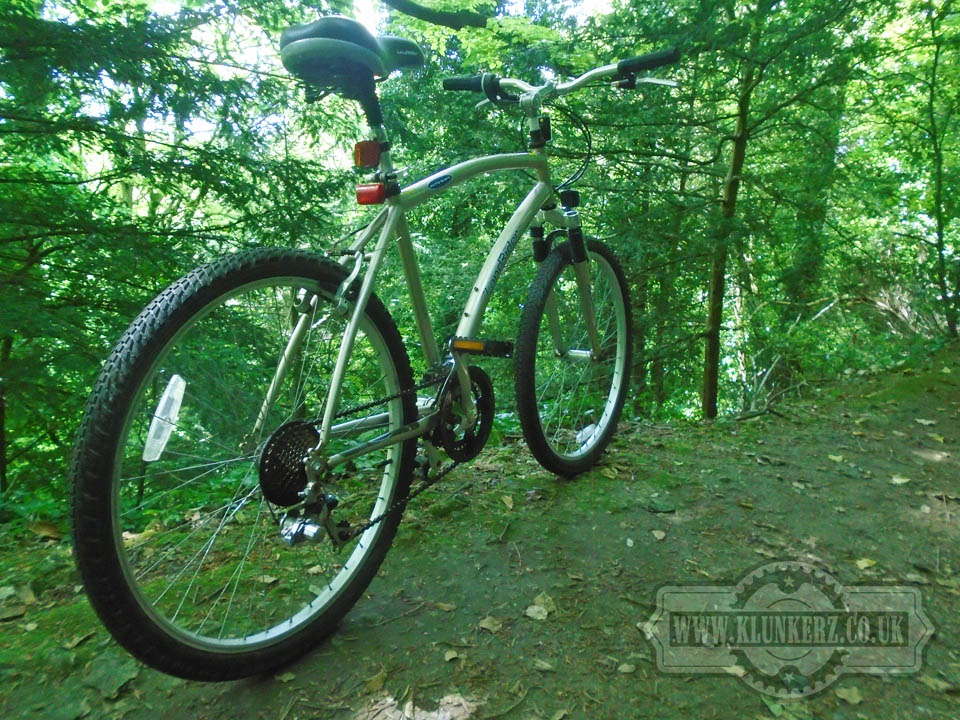 I gave a lot of thought about the Land Rider while I was out and about on it this morning. I thought that maybe depite only riding it a couple of times it's time to call it a day and sell it. But the further I rode it, the more I thought that actually there's a better bike here. The auto shift derailleur is definately the thing that holds this bike back, and it is the thing that stops me from thinking it's just an OK bike, rather than it's a great bike that I love to ride. But no matter what, the auto shift derailleur needs to stay, it's part of the bike, part of its charm, and part of its character. Gimmicky as it may well be. So I gues the only answer will be to actually spend money on a new crank with bigger chainrings and see if that improves anything at all. If it does, but not enough I may well then continue to splurge and get a bigger cogset for the back too. Then hopefully it will be a pretty good little riding machine. But until then I may well take it on a few little rides on my own, as when I'm with my littlest Monster on her Huffy I'm struggling to pedal fast enough to keep up with her!