May 22, 2020
With the local tips closed due to the lockdown I have noticed that the amount of things being dumped in the countryside has increased quite a lot. I'll be honest, I hate that. It's one thing to dump stuff in the town where it is going to atleast be seen by someone, and eventually collected. Which I still think is the wrong way to go about things, but it's quite another to actually drive out to the countryside only to dump rubbish. I've got to admit that I do wonder about modern society sometimes. Anyway, in the past couple of weeks I've ridden past this junk several times, but it was quite some way from the footpath, so I've not investigated it further. It has been niggling away at me because, well, I think that fly tippers are easily as bad as people who let their dogs pooh everywhere, and don't clean it up.

Anyway, before I start on that rant, I'll get back to the point, yesterday I stopped my bike and went off the path and into the little wooded area to investigate this thing... 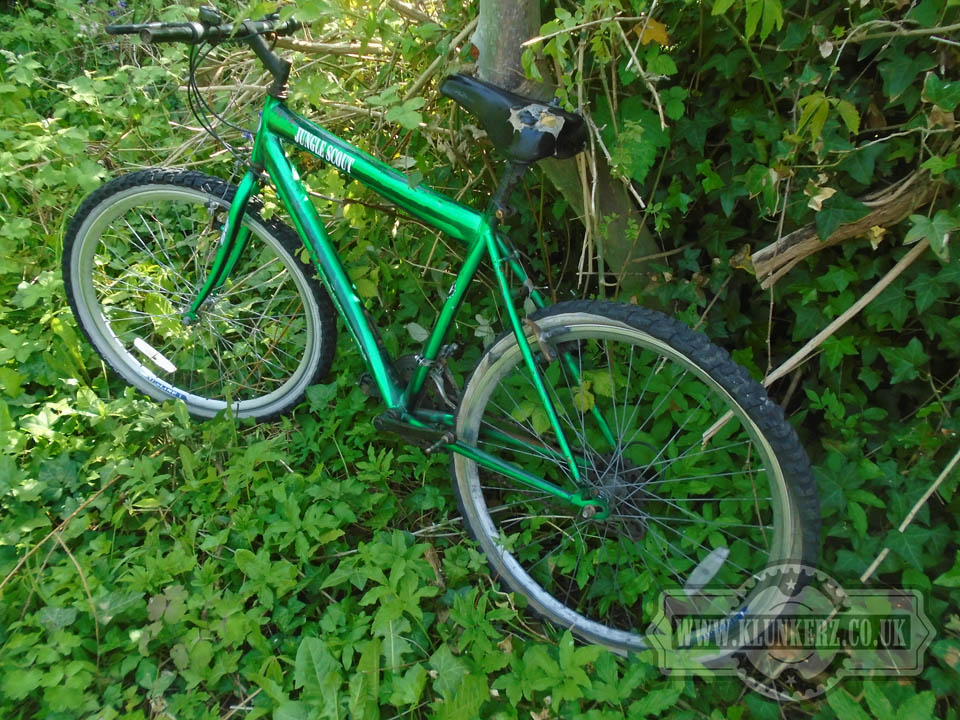 A San Eagle Bicycles, Jungle Scout. Never heard of it? Me neither! It was in pretty bad shape, and because the tyres were flat and the wheels seem to be buckled, and by the looks of things buckled on purpose, I left it there. 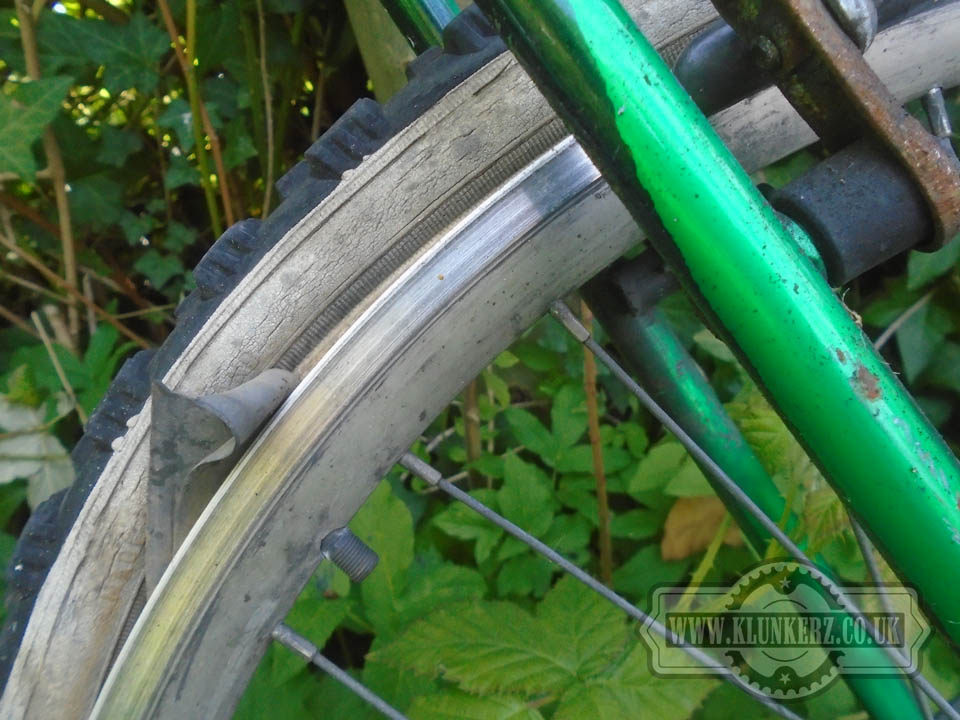 The reason for this was that I was on my bike, and had the wheels of the Jungle Scout rotated freely then I would've probably tried to ride home with this thing on tow. But as they dont rotate at all, then I figured that what I'd do is to go back to it another day, and drag it out of the trees, and take it down to the tip which has recently re-opened, and leave it there. 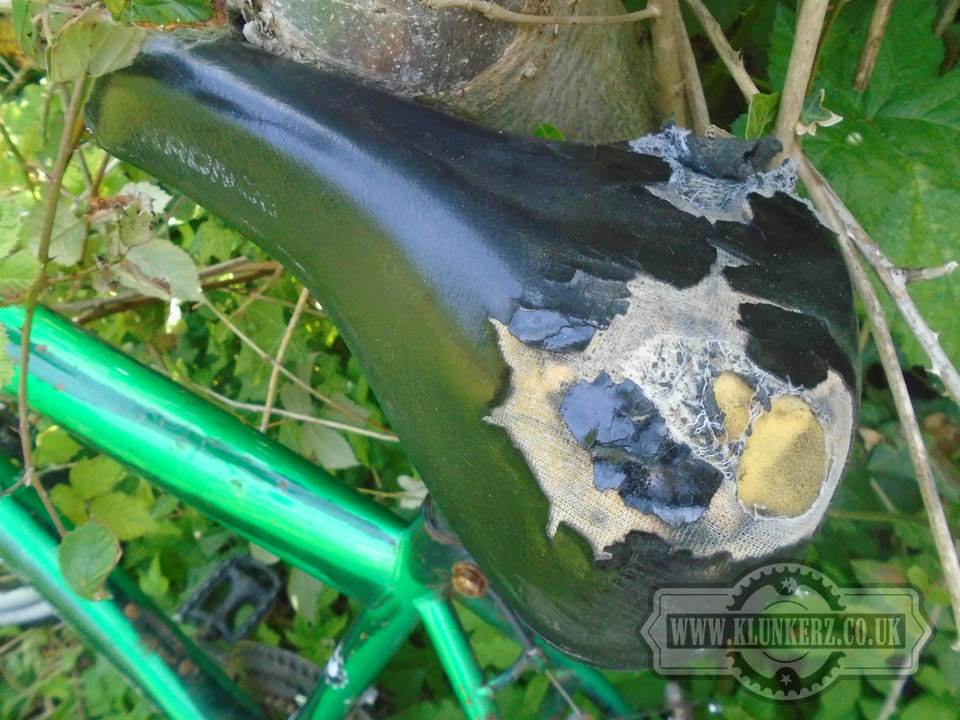 I gave it a good looking over though, just to see if there was anything on it that I might be able to use before ditching it at the tip. Sadly the state of the saddle is pretty much a good representation of the state of the rest of the bike. I'm not sure it's been really well used, but it's certainly seen some abuse! 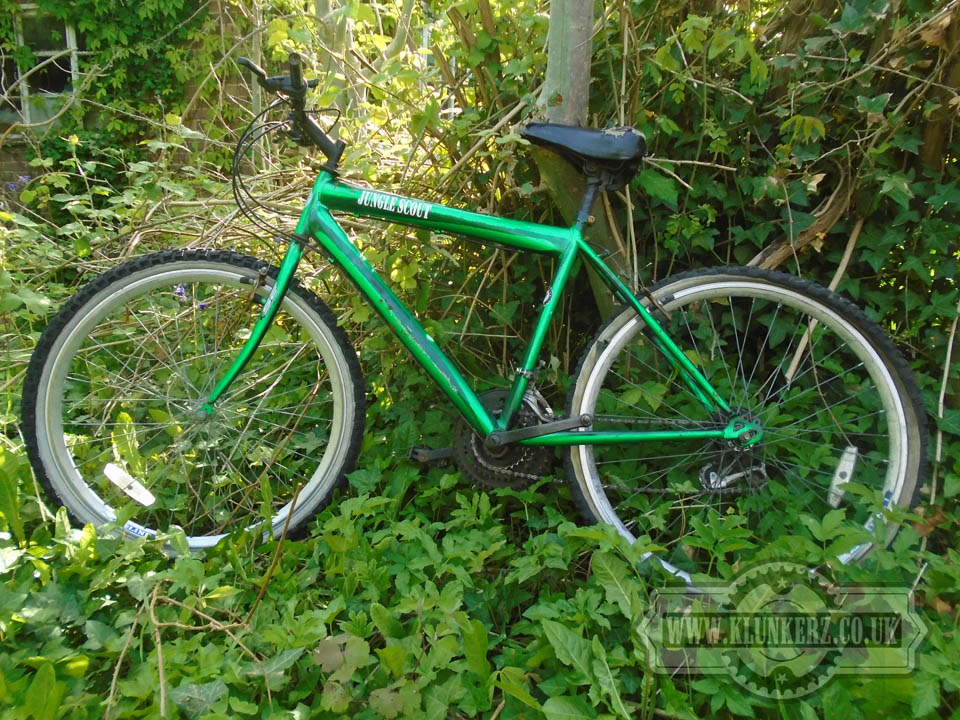 I'm guessing that it's spent it's life outside without any care at all, the frame, despite being fairly undamaged, is a steel frame with plenty of scratches, and rust where the paint has been scratched off. I must admit though, I do like the colour. My feeling is that when this bike was new, and probably bought from a supermarket or catalogue it probably looked quite smart. I just dont think that this bike has ever seen any love from day one! 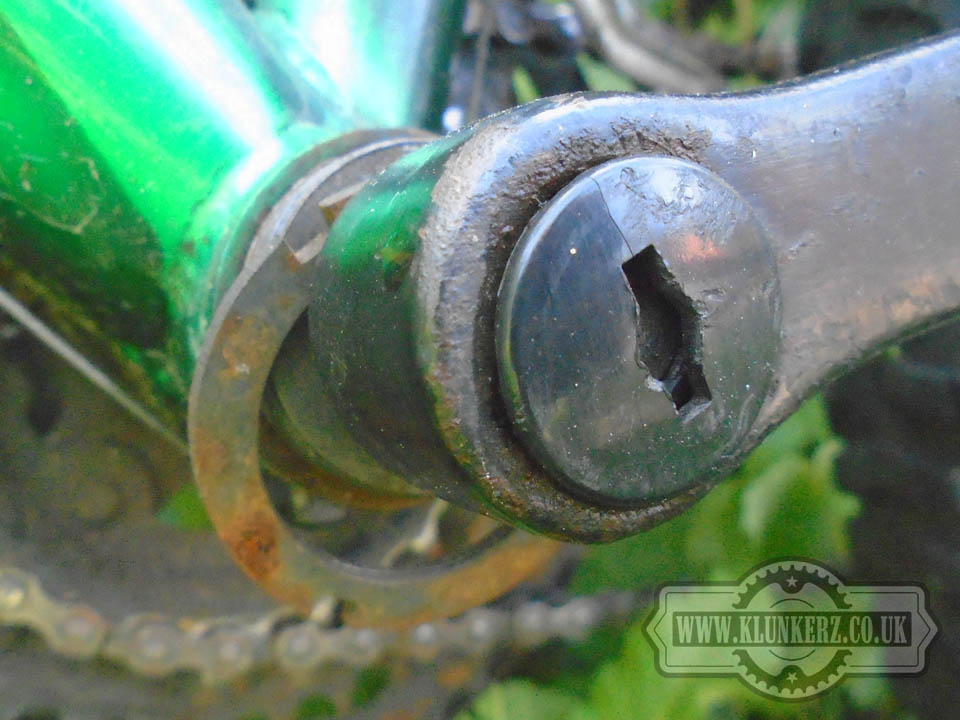 The crank is the cheapest of the cheap steel item, and my guess is that the bearings inside the bottom bracket may well have taken on the form of a load of dungeons and dragons style dice. Despite the crank rotating freely it wobbles around alot, and feels like the bottom bracket is just filled with gravel! 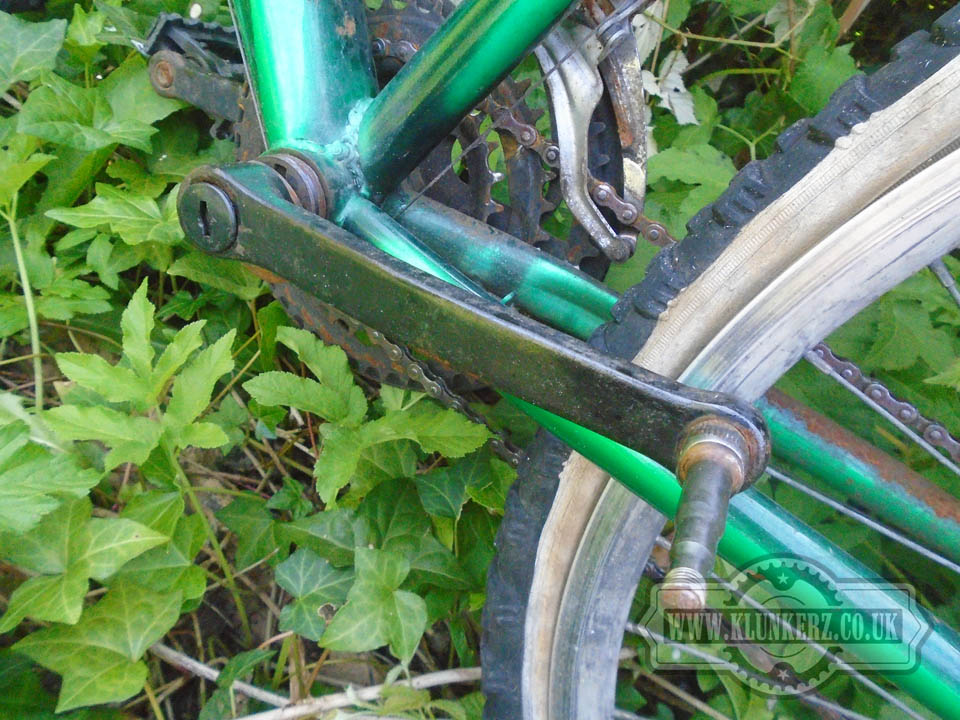 It's also missing a pedal.

The more I looked at the thing the worse it looked to me, by the time I had dragged it to the path I was thinking that the only thing I could really salvage from it was maybe the gears and the chain! This seemed like a lot of effort for a low quality set of gears, and a chain. So I figured that as the tip was between where I weas dragging this junk out of the trees, and BelongaClint the very best thing I could do was as I was passing the tip, drop it in there and continue home without it. Atleast it would no longer be littering the countryside. 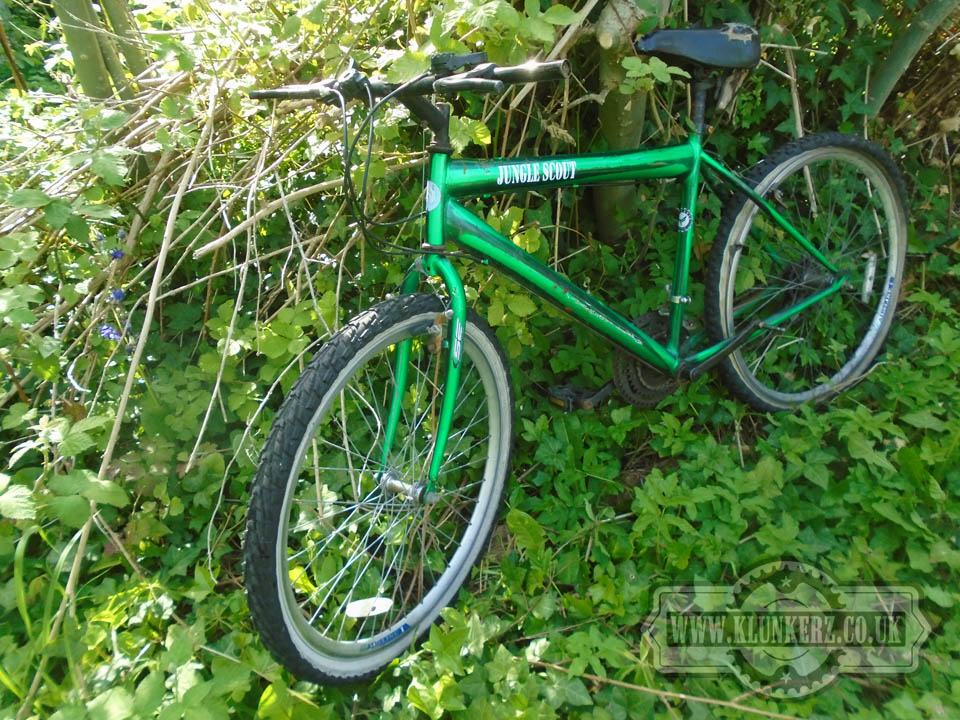 Sadly by the time I had struggled to the tip with the Jungle Scout the damn tip was closed. I thought about leaning it up against the gate and leaving it there, but they've got cameras at the tip and I thought that this would also be fly tipping, especially as they have a sign up saying not to do that sort of thing. So I carried on dragging the damn thing home. The thing is, now that it's at home with me, and dumped in my drive I know full well that I really do have all the parts in my stash that I would need to turn this into a useable bike. It's never going to be wonderful, but I think that as the frame is rusty, but complete, it almost seems a shame to drag it back to the tip tomorrow when I could probably save it. So, despite having more than enough to do already I figured that, like the Raleigh Maverick I'm fiddling with this will be another roadside rescue. Even if it's only to sell on once it's done, of course, no doubt that once it is done I'll have a ride on it or two just to see what it's like. Besides, as it was free, what do I really have to lose?