June 18, 2020
Its been a couple of months now since I found an old Raleigh Maverick frame in the hedgerow and dragged it home. The initial progress was quite quick, stripping down a damaged Ridgeback bike and putting the parts on the Maverick frame. But then, for whatever reason I stopped working on it. Going through my project bike collection it seems that the same thing happens time and time again. Basically I seem to get the whole bike done other than running the cables, and then stop! I must have a dozen bikes that are almost complete and rideable, but they've got no cables! Perhaps it's time to buy a job lot of brake and gear cables and finish a few bikes. Anyway, lets deal with the bike at hand... 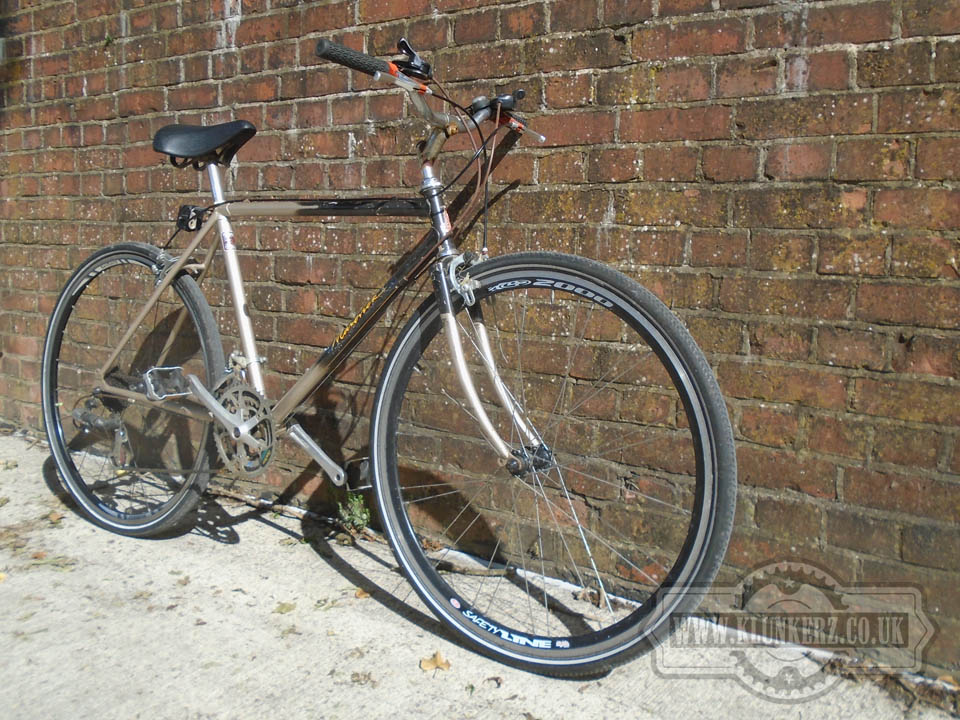 The Raleigh Maverick. Now the plan was to use as much of the Ridgeback to build my Maverick as possible, and initially thats pretty much what I did. However, after visiting my lock up to try and find a saddle and some cables I ended up bringing far more parts home than I originally intended to do. So, as for parts from the Ridgeback that have been used, well, thats down to just the stem, handlebars, and chain. The rest won't go to waste, it will be used on another bike at some point. 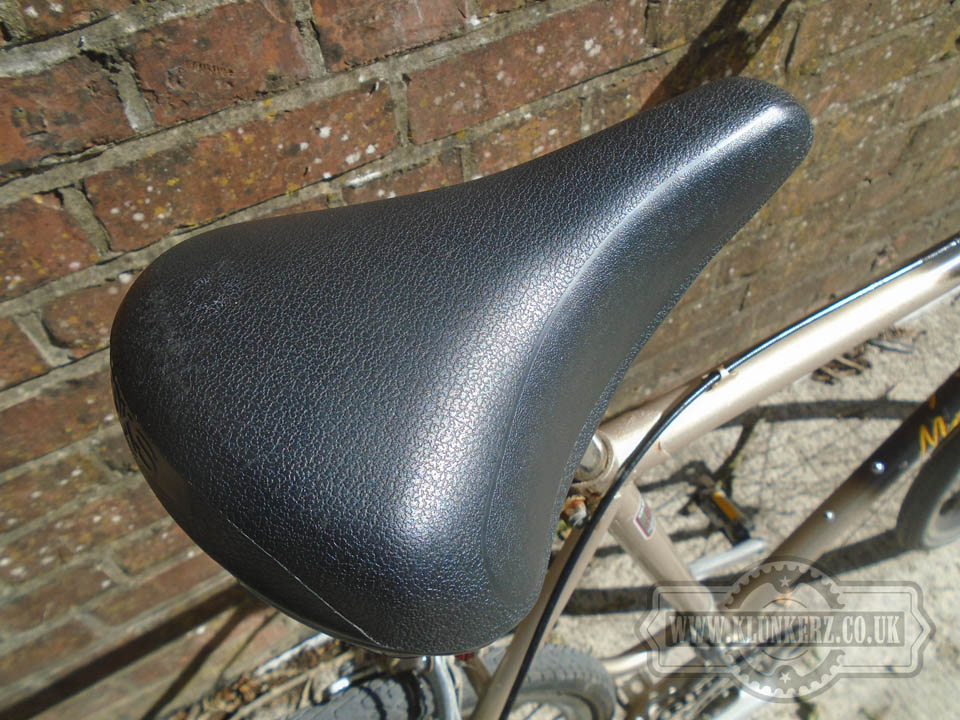 I did manage to find a saddle in my stash, which was the reason for going and looking through it. But it's the wrong saddle for me. The problem is that it's a cheap plastic saddle, and unlike the cheap, and very hard plastic saddle on the Univega  this one, despite being softer and even has a bit of cushion to it, is still not very comfortable. So at some point this will find its self back in the stash. Once the tip opens again I should be able to find something a little more suitable... Hopefully. 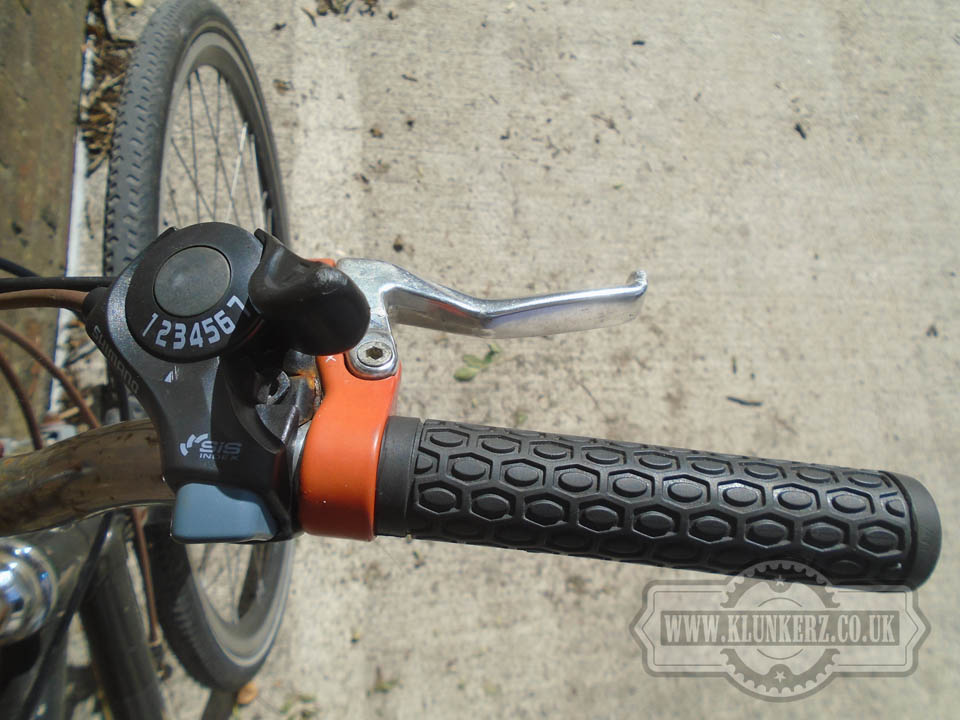 I had originally fitted the Grifter-Shifters from the Ridgeback. I've never liked that type of shifter and after a bit of a rummage through my stash I came up with these. I've no idea where they came from, but I quite like their quirky and quite klunky looks. By the time I'd found these I think deep down in the back of my mind I'd realised that I was building this bike for me, and not to sell on again afterwards. 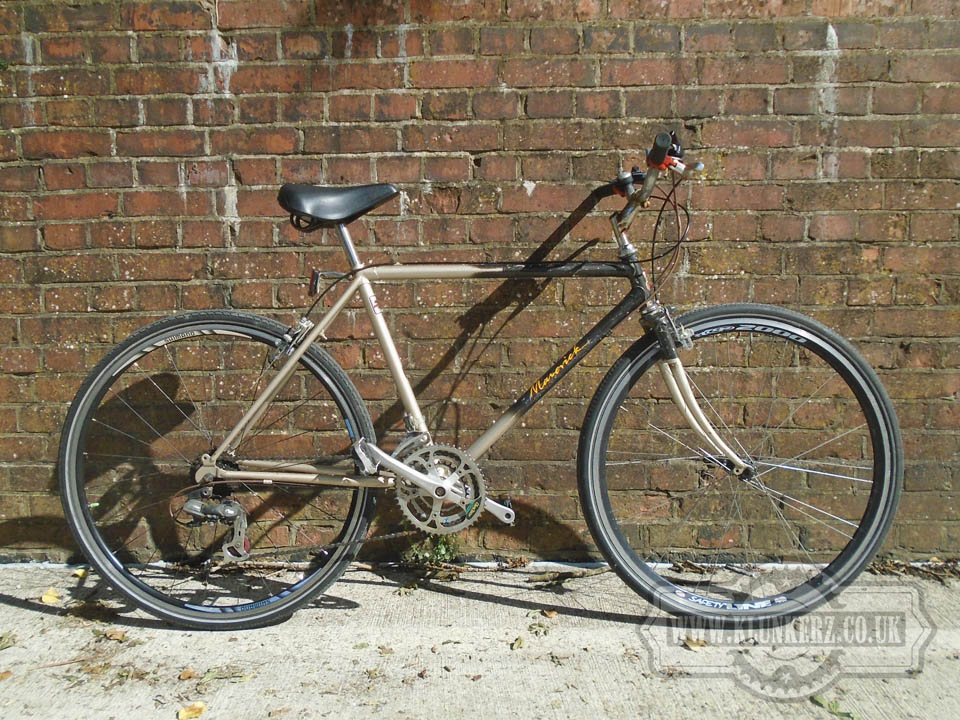 I didtched the Ridgeback wheels when I found a pair of more modern rims, I'm pretty sure that I bought the rear one brand new for my Raleigh Record at some point. The front one I found at the tip ages ago and is very light, with very few spokes so I'm guessing this used to call quite a fancy racing bike home at one point. 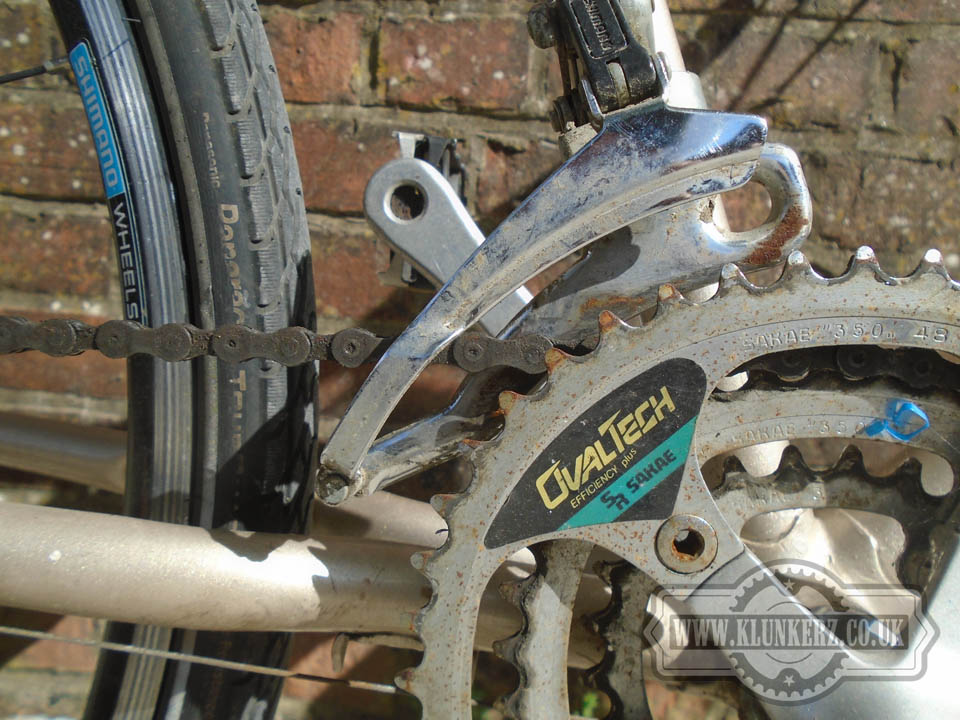 I was going to stick with the Ridgeback crank and chainring, but after I stumbled across this OvalTech one I figured this was the way forward. As a rule I quite like to put the Biopace cranks on bikes that I plan to keep, I'm not really sure if theres any benefit to them, but I like them because you just don't see them on bikes anymore. I've no idea where this OvalTech one came from, but it's the same idea as the Biopace, and so on it went. 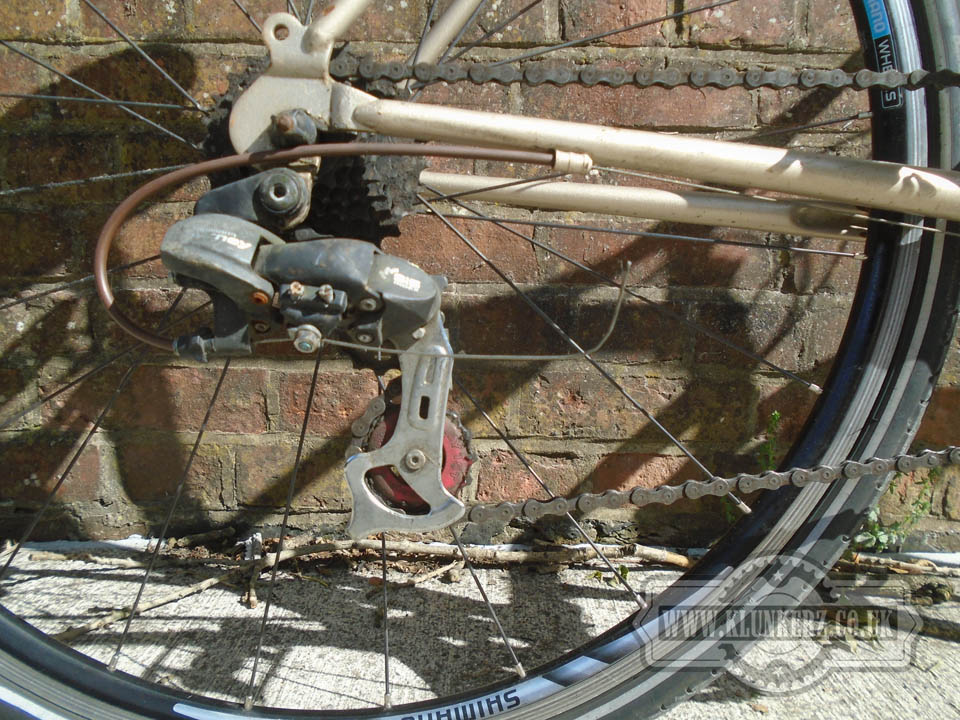 The Shimano Tourney rear derailieur was added just because I thought it was better than the cheap looking no-name rear derailieur that was on the Ridgeback. Plus I also liked the bigger chainwheels and chunky looks of the whole unit. 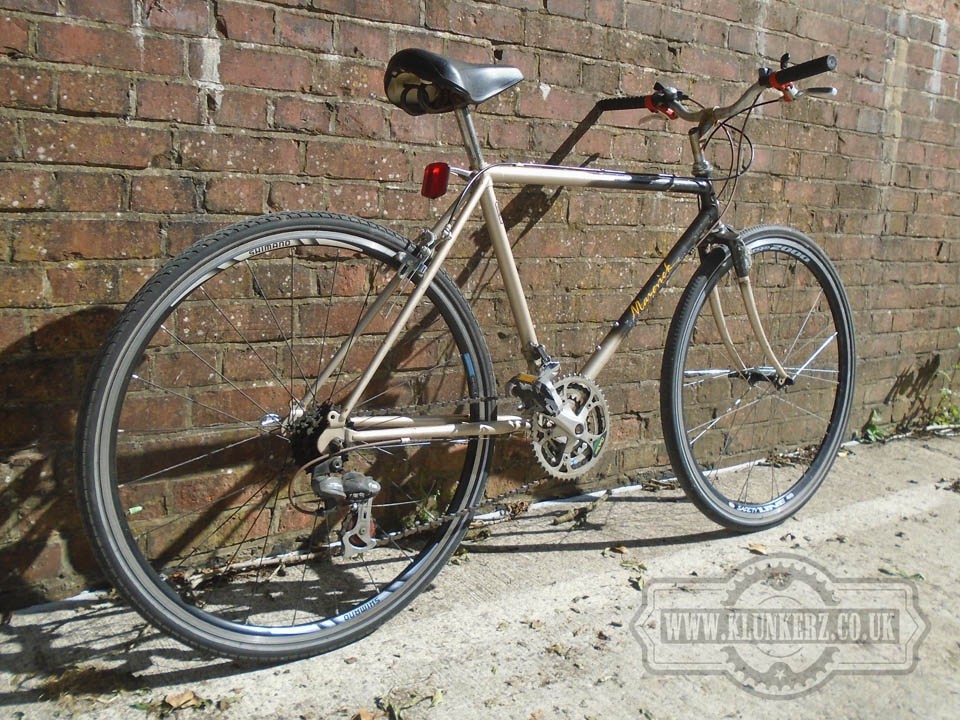 So with it all together and ready to ride you may well be wondering what it's like? Well despite the saddle being a little bit uncomfortable after about ten minutes the bike rides pretty good. Actually it rides very well indeed, I was quite surprised just how well it glides along the road. I don't know why, but looking back over my collection of unfinished bike projects, they all seem to be bikes that I've started to build since I built the Diamond Back Topanga. But building that thing seems to have knocked my confidence and put a downer on my whole bike building thing. I wonder if this is why I've got them mostly up to the point where they're done, but just leave them without cables so I can't ride them and find out they're awful to ride like the Topanga was? Crazy really because since the failiure that was the Diamond Back I've managed to put a few together that were actually very nice to ride, this Maverick included. I really should just draw a line under the Diamond Back and move on, funnily enough while going through my stash I found a Diamond Back M05 frame and forks, perhaps building that will break the spell? I dunno, perhaps I should order up a dozen or so sets of brake and gear cables, finish the rest of my bike projects, and see where we go from here. But for now atleast, I'm going to be riding, and enjoying this quite lovely little Raleigh Maverick.