June 30, 2020
Long time readers of my little blog of bicycle babble will know that I am no fan of the racing bike. I have a middle aged body that is built for comfort, and not speed, therefore being perched on top of a racing bike I look something like a beach ball pedalling along. 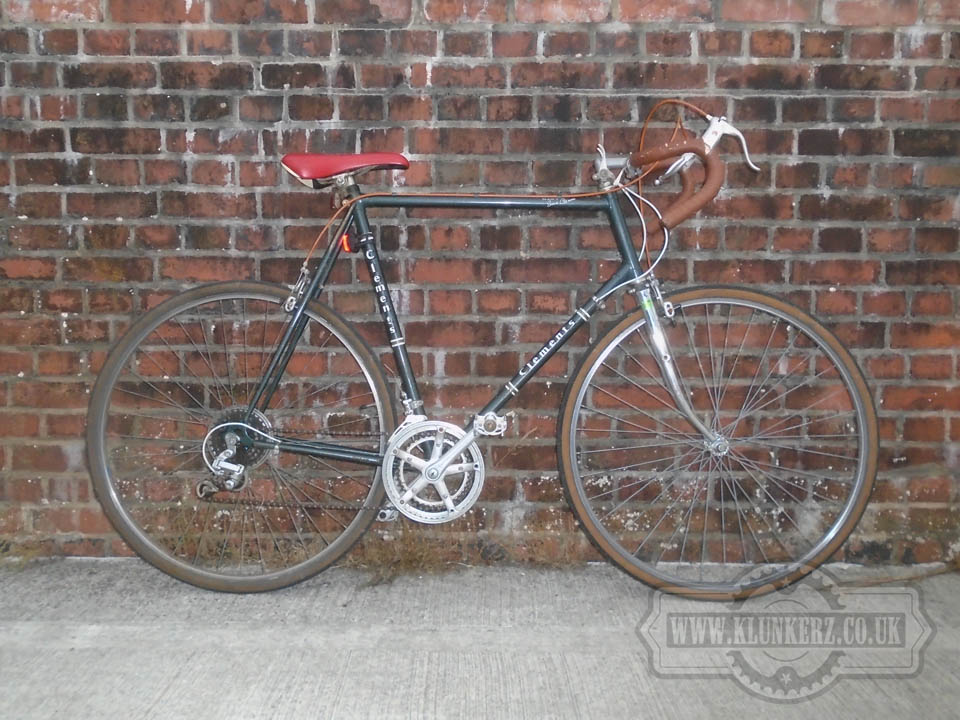 My belly bounces off my thighs on every half revolution of the crank, I'm hunched over it like Quasimodo, I'm not comfortable, and I don't enjoy riding them. Therefore you may well be asking yourself why on Earth I've got myself a racer. Well, to be honest it was not by choice, but the truth is I was offered it and I'm not one to look a gift horse in the mouth, so I had it. So what is it? 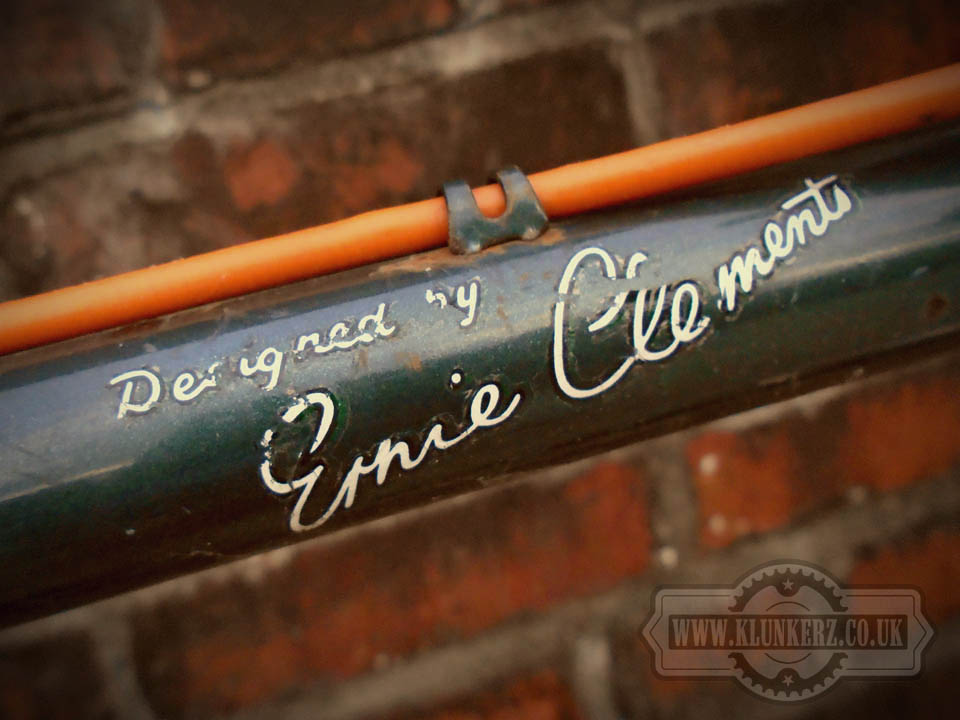 Well, I don't know for sure, but it would seem to be a bicycle designed and built by Ernie Clements. After some digging around on the internet it would appear that Ernie Clements was an English road racing cyclist, frame builder and cycle shop owner. He won the British League of Racing Cyclists British national road race championship in 1943 and 1945, and even though riders who competed in BLRC races were banned from competing in National Cyclists' Union races he still managed to circumvent the ban, and he won the NCU national road championship in 1946. He later opened a cycle shop where he became a frame builder, before managing Falcon Cycles in the 1950s, and up to the 1970s. His last address was in Ledbury, where in 1990, aged 67 he opened Clements Cycles to keep in touch with cycling. My feeling is that he may well have made some more frames in the '90's, but I'm guessing that this bike was actually manufactured by Falcon cycles rather than by Ernie Clements himself due to it appearing to be a bike from the seventies, although I don't know for sure. Having suffered from Parkinson's disease for several years he died peacefully on February 3rd 2006. Aged 83 years. Here ends todays lesson in British cycling history for today! 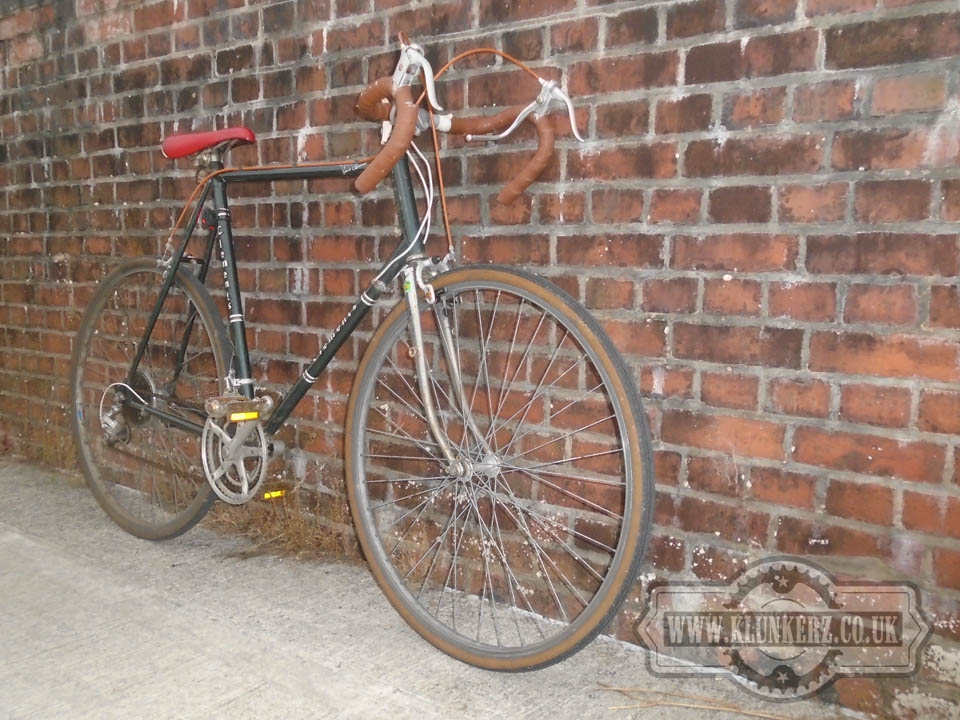 When I got the bike it was in quite good order, but it had no chain, no seatpost, and no saddle, added to that the gear shifter levers, and gear wires seemed to be seized solid. 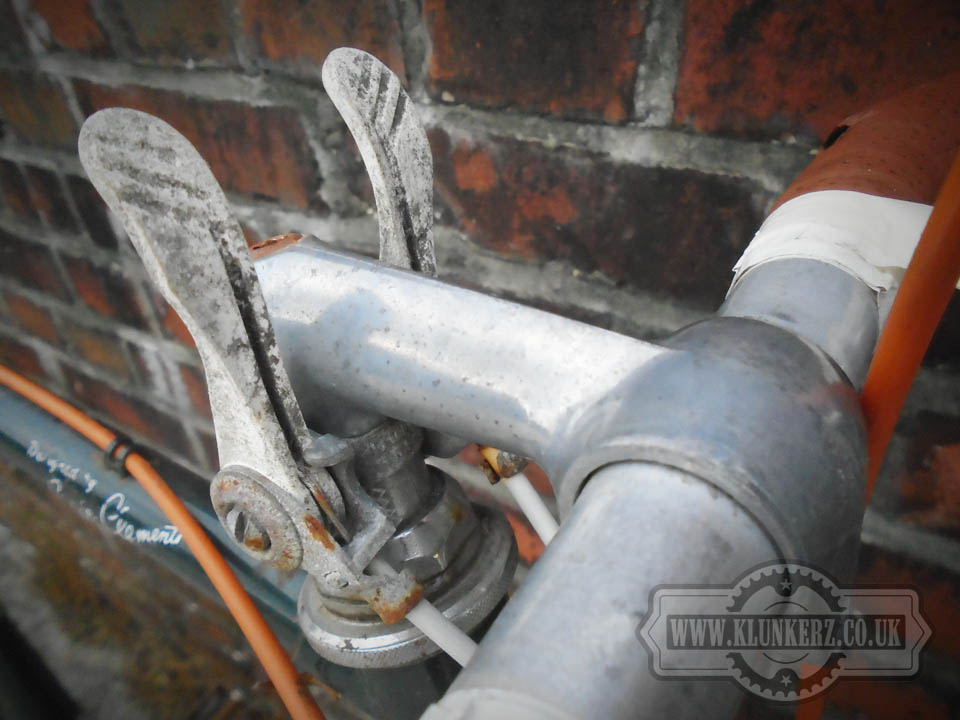 As ever I went through my stash looking for parts that would not only work, but suit the bike too. Pretty soon I had my grubby little mits full of parts and was hastily putting them on my new bike. I toyed with changing the handlebars to something a little more sit up and beg style, but as I had nothing that I felt was really appropriate, and my collection of 'keepers' is probably big enough already I decided to keep the bike true to its roots, and leave it with the dropped bars. At 25" inches the bike has a big frame, and despite it being an inch smaller than the Univega over 3.3 that I have in my collection it somehow manages to look bigger. 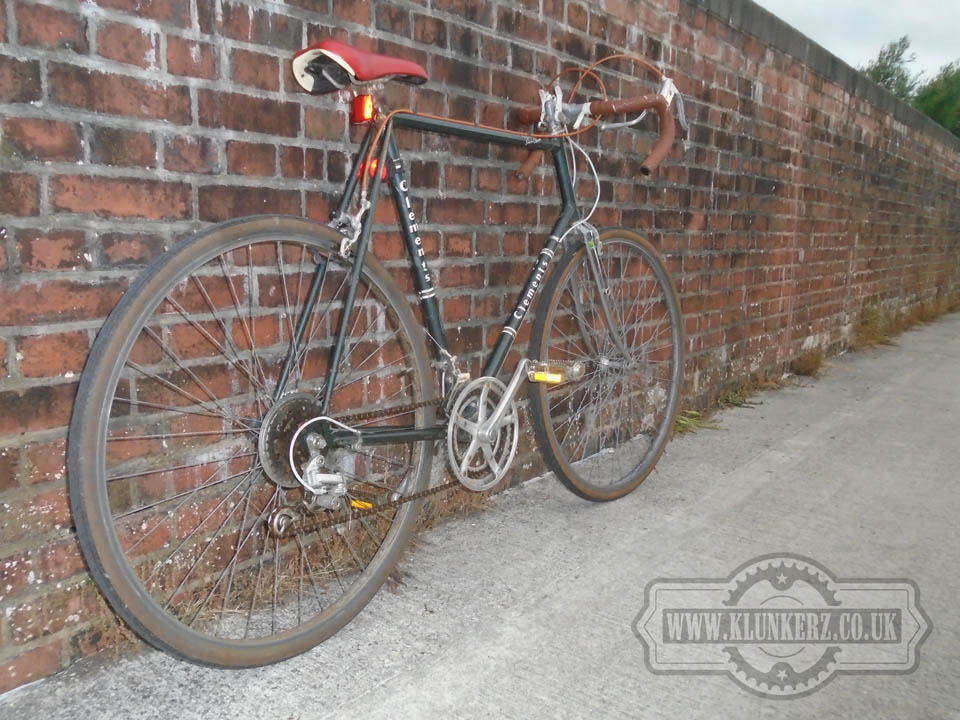 With the parts all thrown on, and everything checked for tightness I gave it a quick lube up, and decided that I would take it out for a test ride. With my belly bouncing off my thighs I headed out along my normal route. I've got to say that despite my lack of love for racing bikes this does actually ride very well, and it rolled along the paved cycleroute very smoothly. I'll admit that I didn't really get into the dropped handlebar position as frankly my belly doesn't allow it, but I kept my hands on the top of the handlebars as despite the brake levers not working to their best ability, this was where I found it to be the most comfortable. I've got to say though that even though the frame is an inch smaller on this than on the Univega it does somehow feel bigger to ride, and infact with my undercarriage resting on the crossbar I can only just reach the road with my feet, when stopping pulling up next to a kerb gives me a much needed advantage and I can stay on the saddle and put my feet on the ground. Although, I'm still on tip toe a little bit, which is odd as I don't encounter this same problem with the slightly bigger Univega. Apart from this I've got to say that the ride was actually pretty good, but because of its size it's really not for me so I'll not be wasting my time digging through my stash looking for some better handlebars to suit my riding style for it. However I think I may well take it out a few more times yet as I figured that while I've got it I'd see if I can understand just what it is people see in racing bikes. 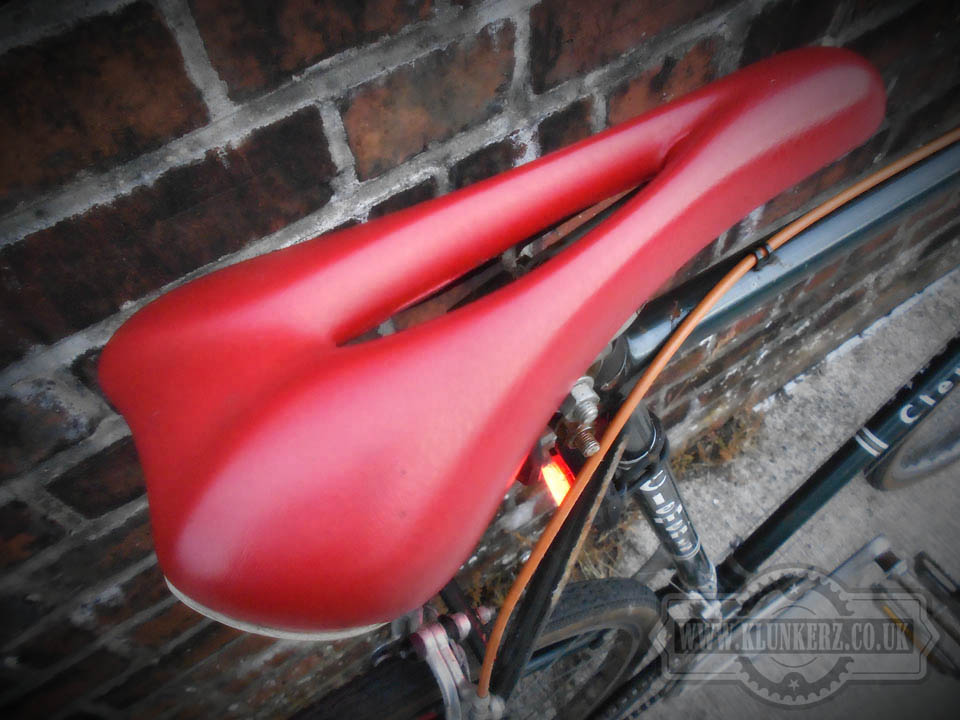 However, one things for sure, before I do too much more riding this saddle might need to be changed. I figured that since the Univega has a solid plastic saddle pretty much anything else should be more comfortable. But it isn't. I don't know if its the posture I adopt when riding a racing bike, or if this particular saddle is just not a very comfortable saddle. But I honestly believe that I may have been more comfortable if I'd left the saddle off and just sat on the seat post! I may well just swap the saddle with the one on the Bikini Hurricane to see if it makes the Clements more comfrtable to ride. If I do, and it makes the Hurricane less comfortable to ride I'll atleast know that it's down to the saddle. But if I still feel like I'm being abused on the Clements I'll know that it's probably more down to my posture, and size. I'll let you know how I get on!