August 02, 2020
When I last rode this thing I was complaining (more than usual) about my discomfort of riding this type of bicycle, and there were two major parts to complain about. First was the handlebars, and second was the fact the saddle felt like it was actually inside my luxurious sized bum, rather than under it. 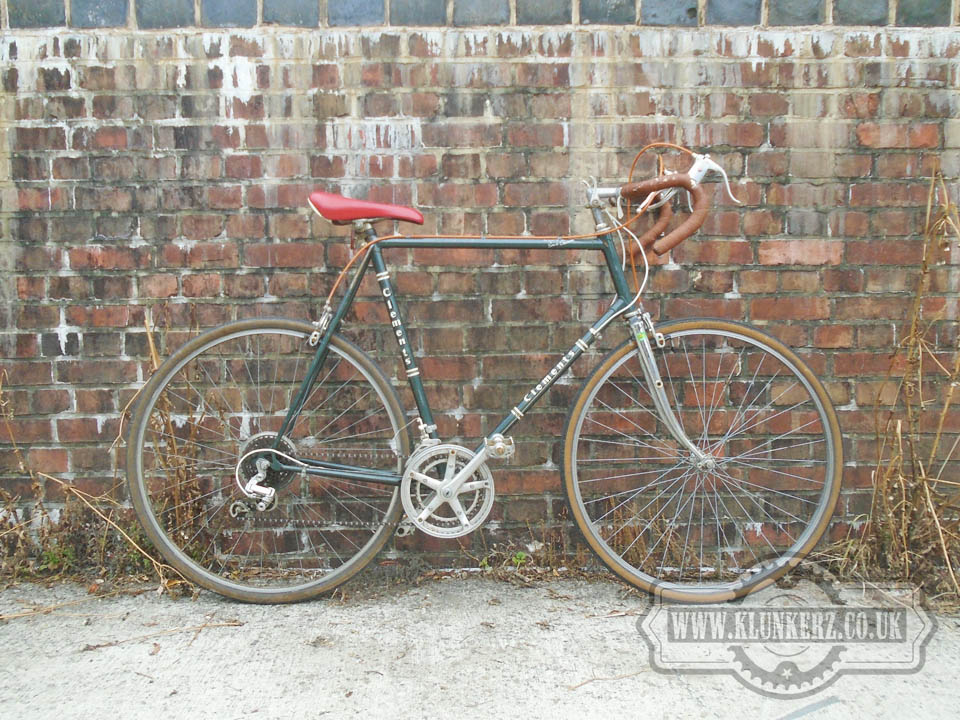 I thought that the problem with the seat was caused by several things. Firstly my XXL bodywork, and secondly the very small and narrow saddle. My feeling as I rode along was this combination did not work well together, and was magnified by my posture as I hunched down with my belly bouncing off my thighs as I rode along. The answer to this problem in my mind was to swap the saddle from the Bikini Hurricane beach cruiser on to this Clements bike, and try again.
However, it was pointed out to me by a friend that was reading my blog that he thought that the nose of the saddle was too high, and he suggested adopting a nose down stance for the saddle, as this is better for riding a racing type bike.
As a rider or mountain bikes and cruisers this never occured to me as i usually set my bikes up with the saddle nose slightly upwards. But as my friend is more of a racing bike rider I felt that his comments probably carried more weight than my sadddle does when I'm sitting on it! 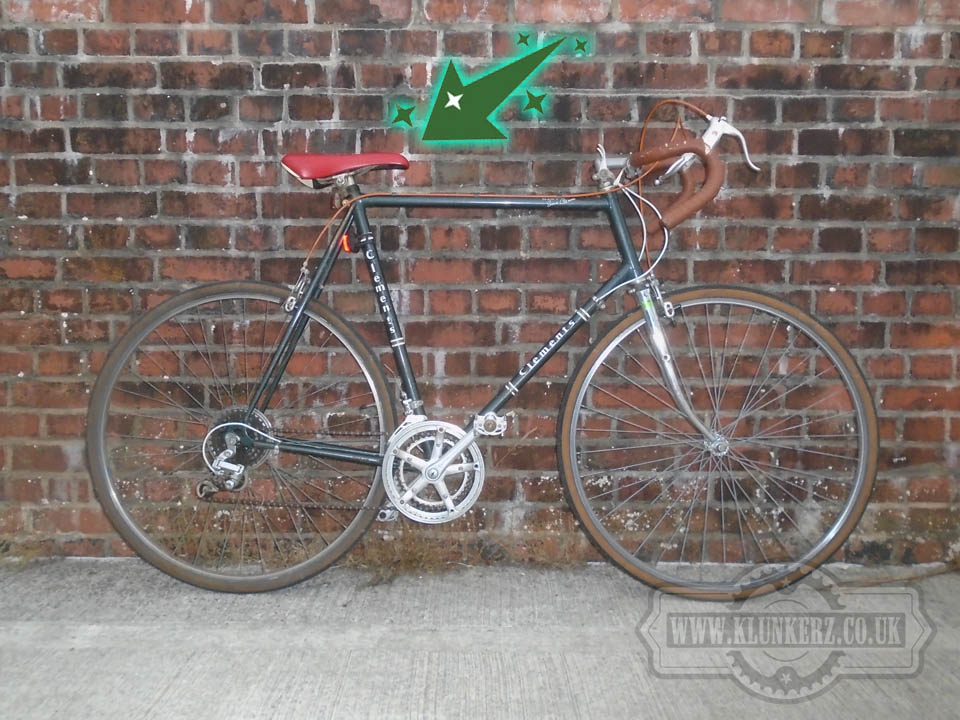 So before swapping the saddle out with something else I figured that as all of this is kinda new territory to me I had nothing to lose by taking the advice from somebody who knows far more about this type of bike than I do, or ever will. With the saddle loosened, and the nose dropped down one click on the bracket I tightened it back up and got ready to go for another ride. 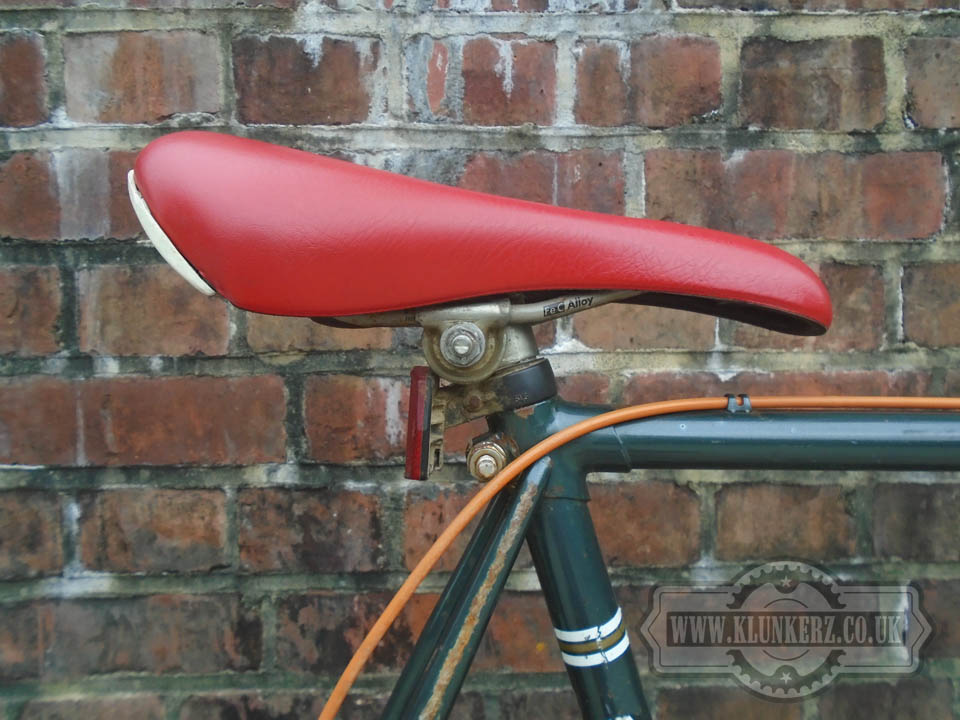 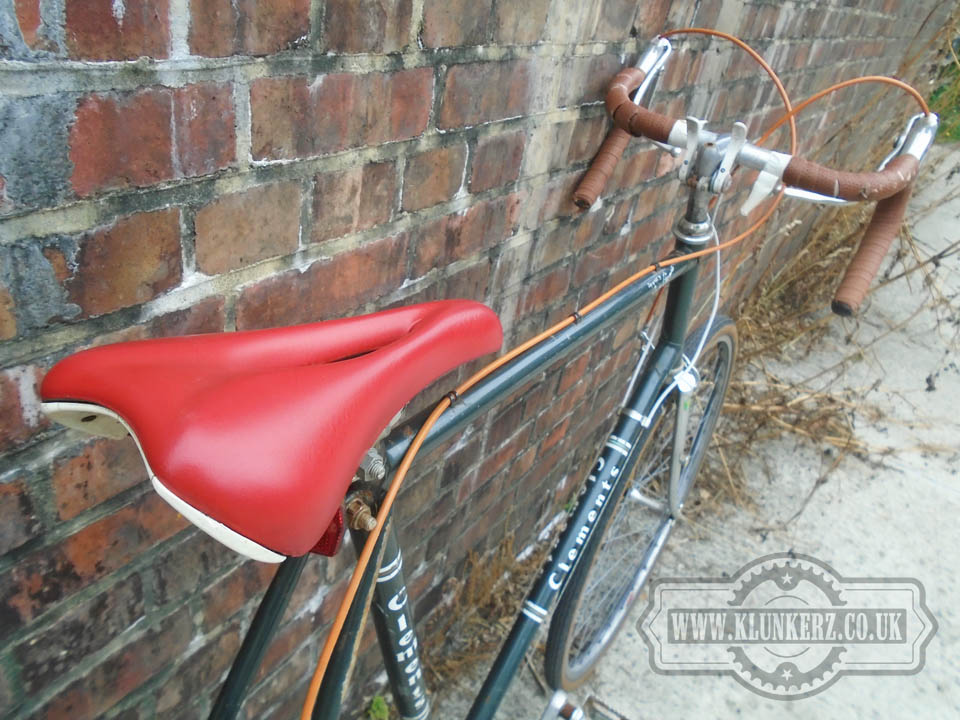 With my adjustments made I headed out into the world, or atleast, my little part of the world. I had a fairly decent length ride and I am happy to report that I was far more comfortable than before. This isn't to say I was comfortable you understand, just more comfortable than my previous ride. Having the saddle nose down has changed the feel of it completely. So much so that I actually think that this is the saddle that will stay on it... Probably. Also, despite only being able to raise the handlebars an inch because the stem isn't very long it has made it far better for me, a fat bloke to ride. Although that being said, my hands are still on the top part of the bars rather than the curved part. But like I said, having the figure of a beach ball my riding position probably doesn't make that much difference to how I slip through the wind, so I might as well be as comfortable as I can.
So where do I go from here? Well to be honest I'll probably ride it a few more times but it's not a keeper. Unless I turned it into some sort of touring bike I'm never going to be comfortable on it, and as I've got more than enough bikes that are more or less touring type bikes, then I don't really need another one. So my feeling is that at some point it will be put up for grabs and re-homed with someone who will appreciate it, and enjoy it far more than I ever will. But until that time... Let's ride!