About a year ago I bought my first Schwinn, and in episode 124 I described how I'd not had a Schwinn before, and how I thought that my first one would've been some sort of Beach Cruiser, and not an old mountain bike. I thought that by now I would've told you about what it is like to ride, however, after my first post about it I discovered that the thread in the bottom bracket was completely chewed away, and so I was unable to fit a crank to it. I figured that at some point I might well fit one of those threadless Bottom Brackets (for damaged Bicycle frames threads) Sealed Cartridge, but as yet, despite having several in my watch list on fleabay I've not got around to it.

In the year since buying my first Schwinn I have bought or acquired several other Schwinns, and each one when I've got it home has turned out to be problematic in such a manner that I've ended up breaking them into spares because they're just too much effort to be made rideable again. Heck, back in June when I bought the Bikini Hurricane Beach Cruiser the previous week I had bought a mid nineties Schwinn Cruiser SS, and originally I thought that I would be using this as my Winter cruiser. But the steel seatpost was rusted in. I tried everything to remove it, starting gently with WD-40 and a pipe wrench, and over the week I moved the intensity up to fire and a pipe wrench. At one point there was four of us on it, One holding the bike down, one applying the fire until the seat tube as glowing, one on the pipe wrench trying to twist it, and one using a slide hamer to try and pull it out. But that damn thing wouldn't budge. Eventually, after all the abuse we were giving that frame we snapped the damn thing! Frustrated I threw it down the end of my back yard, it's still there!

So anyway, finally I find myself here, with what is now my eighth Schwinn bike in a year! I know what you're thinking, after so many disappointing encounters with Schwinn bikes why am I bothering? To tell you the truth I don't know, and I wasn't after this bike when I bought it. What I was after was a crappy mid nineties no-name mountain bike which was offered to me on farcebook. However when I went to look at it the guy wanted £80 for a bike that ASDA sold the best part of 20 odd years ago for £89.99. So that was a no. The guy asked me to make him my best offer, and I said it's only going to be a tenner! Understandably that wasn't going to work for him, and so despite a forty odd mile drive to go home I figured that I would be returning to BelongaClint empty handed, which would've suited Mrs Clint just fine. But as I headed towards his gate the seller said that he had another bike, an American bike... A Schweiss? Hmm, I thought to myself, that sounds more like a Swiss bike, I wonder if he means a Schwinn? Well I was there anyway, so I figured that I might as well take a look. 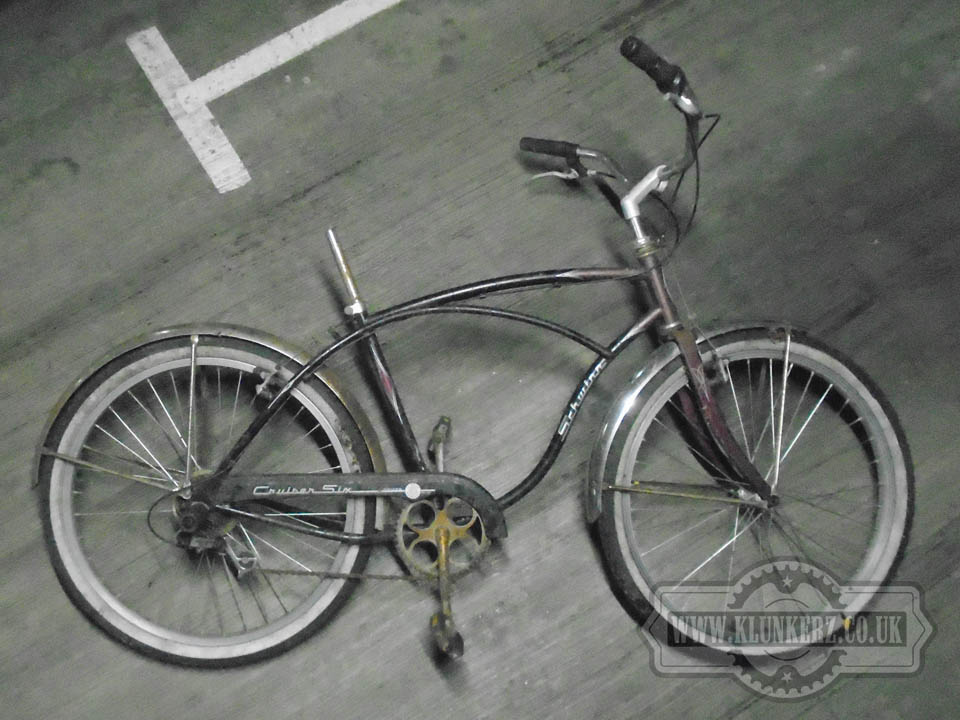 He pulled it out from the hedge at the end of his garden, and sure enough it was a Schwinn. I looked at it and thought that I didn't really want another rubbishy old Schwinn that I'll never be able to ride, besides, if he wants £80 for a crappy old mountain bike, what kind of unrealistic price would he want for this junk? I asked him anyway, and he said, how does twenty quid sound? Well to me it sounded like I wasn't going to be returning home empty handed after all... Dammit! 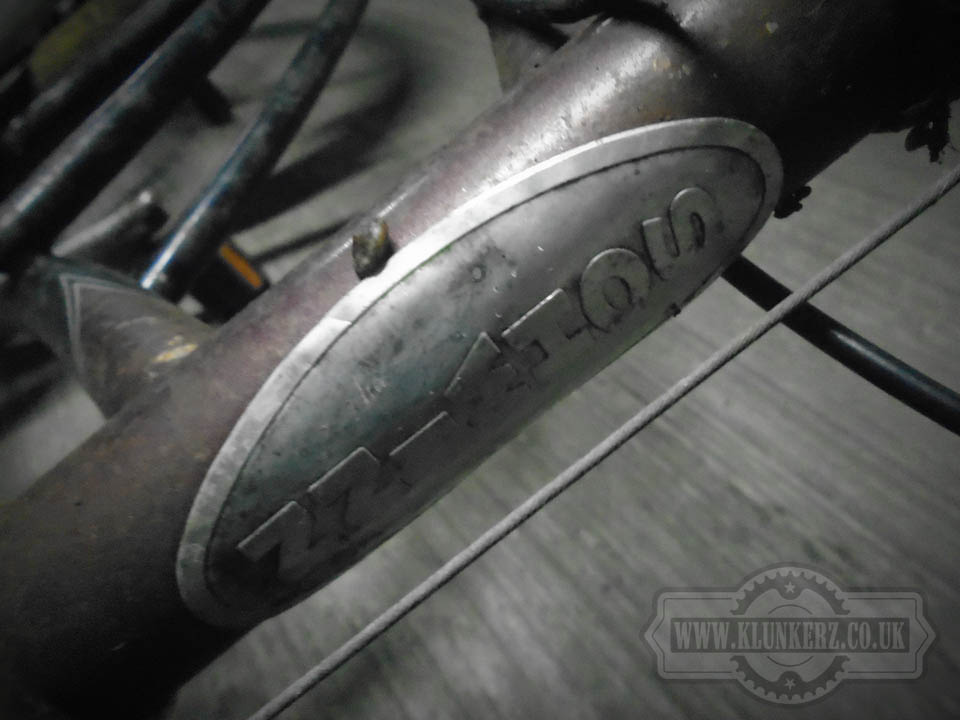 Of course when I bought it I viewed it in the dark and it was raining, which is not exactly the best conditions for buying a bike, or anything else for that matter. So the first multi-storey car park I found on the way home I thought that I'd pull in and get a better idea of what I'd wasted my £20 on. 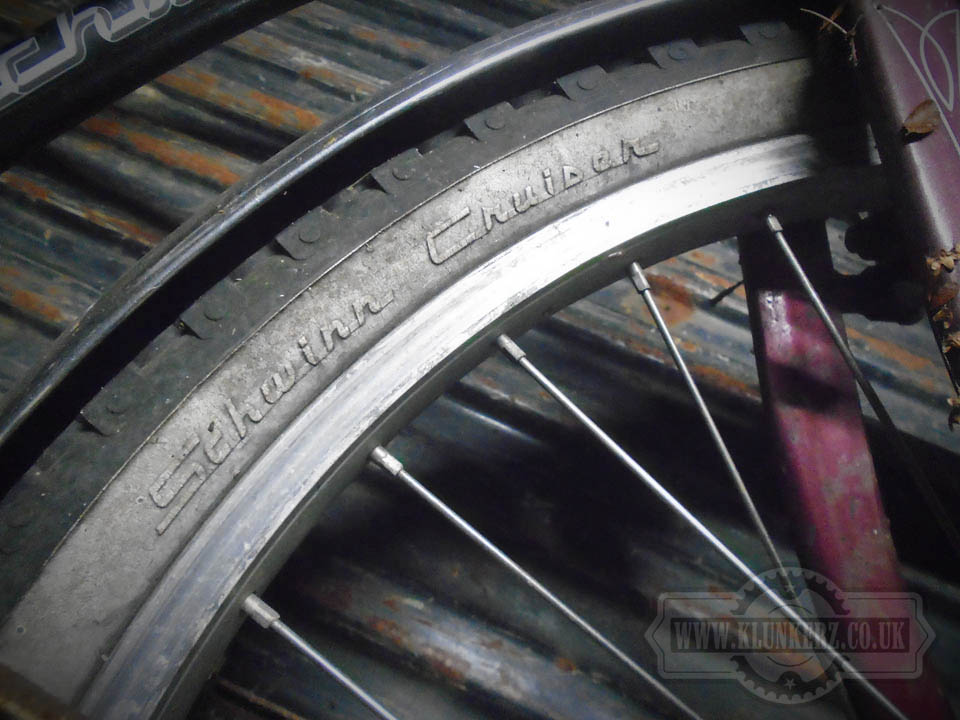 I figured when he pulled it out of his hedgerow it might be a bit rusty, it is, and I would say that it's a bit rustier than I had hoped for but for £20 I guess it's OK. At this point, and I've not tried the seatpost yet, I would say that the only problem with it is that the chain block on the back wheel is rusted solid, so it doesn't freewheel at all. But I've got it soaking in WD-40, so hopefully it'll free up, but I'll not hold my breath! Still in the plus column if it doesn't free up I'll see if I can ride it backwards and impress my kids! 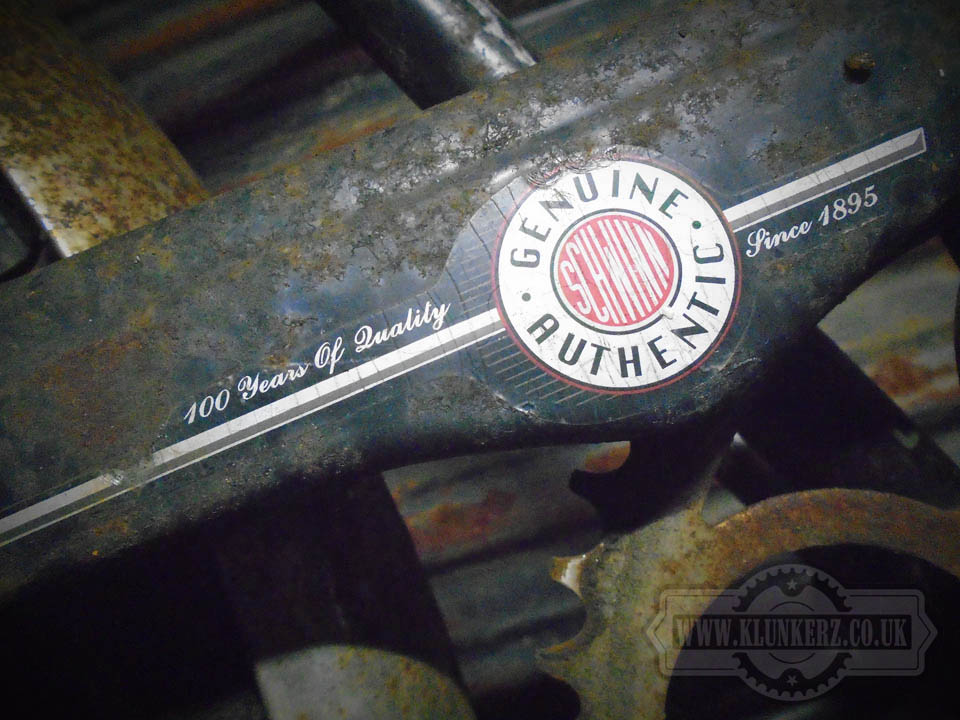 Apart from that, and needing a saddle I'd say that it should be able to be ridden, and hopefully in the next couple of days I'll be able to take it out for a little test ride. Eighth time lucky as they say!

Updates as they occur!