So finally after seven other Schwinns I find myself in a position to go out and actually ride one! Since bringing this junk home I have done very little with it other than spray it with WD-40, and fit a saddle. As luck would have it the seatpost wasn't rusted into the frame solid, and pretty much everything that needed to be loosened and adjusted, was able to be loosened and adjusted. I even managed to free up the chain block on the back wheel to a point where although you can still feel some resisitance, it will sort of freewheel. However, take your feet off the pedals, and the crank and pedals whizz round as fast as the rear wheel is turning. But I figured that the more I ride this, the better that particular problem will get. 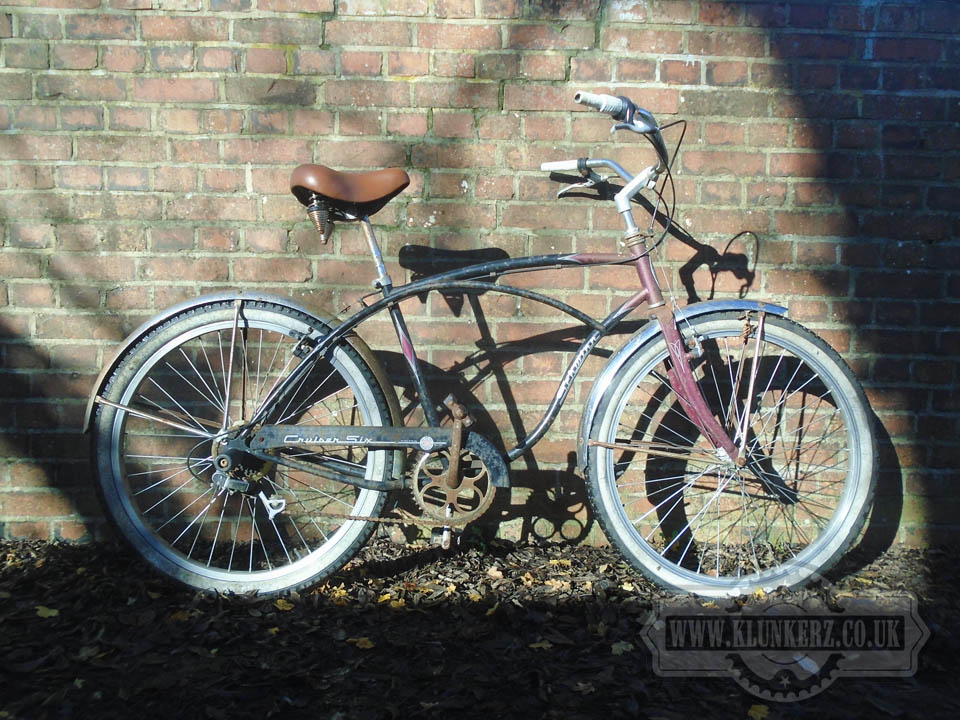 For some reason I have always held Schwinns in quite high regard, but I have no idea why, I don't know anyone who has ever had one, and my previous seven have been unrideable. But for me when I think Beach Cruiser, I always think Schwinn. So you may well be wondering what my maiden ride on this junk was like? In short, dreadful! I'm not talking Torpedo Flyer dreadful, as atleast I wasn't getting bounced around like I was on some sort of bucking bronco! But it was bad enough. My feeling is however that this is not the fault of the bike its self, but the neglect it has suffered. It was a really hard ride mainly because everything, and I probably including myself here, was stiff. Despite spraying everything with WD-40, and then 3in1 everything felt very tight. When I set off initially the pedals had to rotate with the rear wheel, I felt like I was riding a fixie. But then, when I forgot that I couldn't free wheel when I stopped pedaling and it tried to throw me off, my weight was more than enough to break whatever rusted part in the block that was stopping it freewheel free. Obviously banging my knee on the handlbar in the process!

But finally it was riding almost like a normal bike. This just left one small problem. 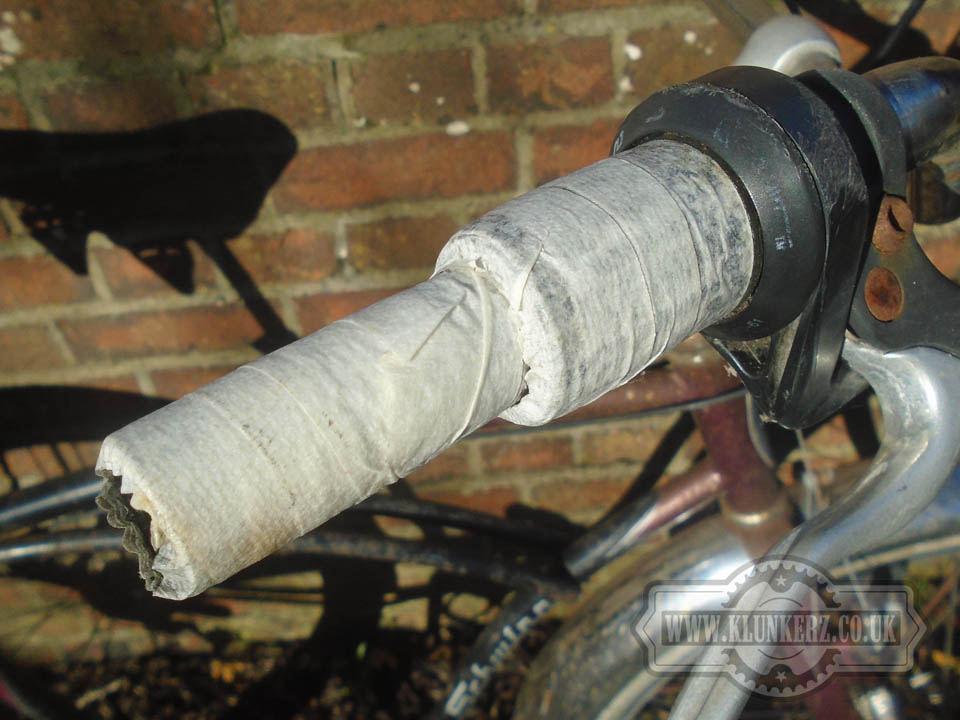 As you probably know I don't care for the 'grifter-shifters' at all, but despite my best attempts with the penetrating oil I cannot get this one to budge. So, it's gotta go, but the thing is that I don't have any suitable shifter to replace it, therefore it will more than likely be replaced with another 'grifter-shifter' Probably the one from the Bikini Hurricane, which more than likely will also donate its grips to the cause too, as when I was trying to clean up the grips on this Schwinn they sort of disintergrated. This suited me fine to  be honest as they were pretty grim, gooey, and sticky. The other thing I think I'll probably change is this... 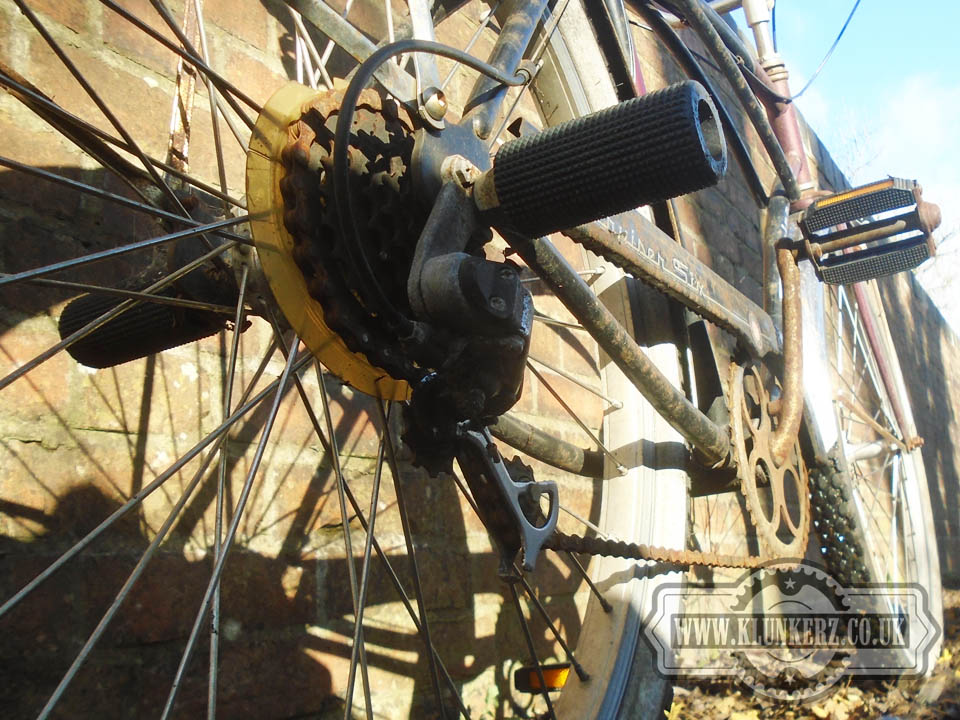 Stunt pegs... On a Beach Cruiser? Who does that? This being said, I'm half tempted to leave them on here, it's an odd thing, and I've never had a bike with stunt pegs before, and they're probably of no use to me at all, but I kinda like them. I dunno, it depends where I go with this bike. 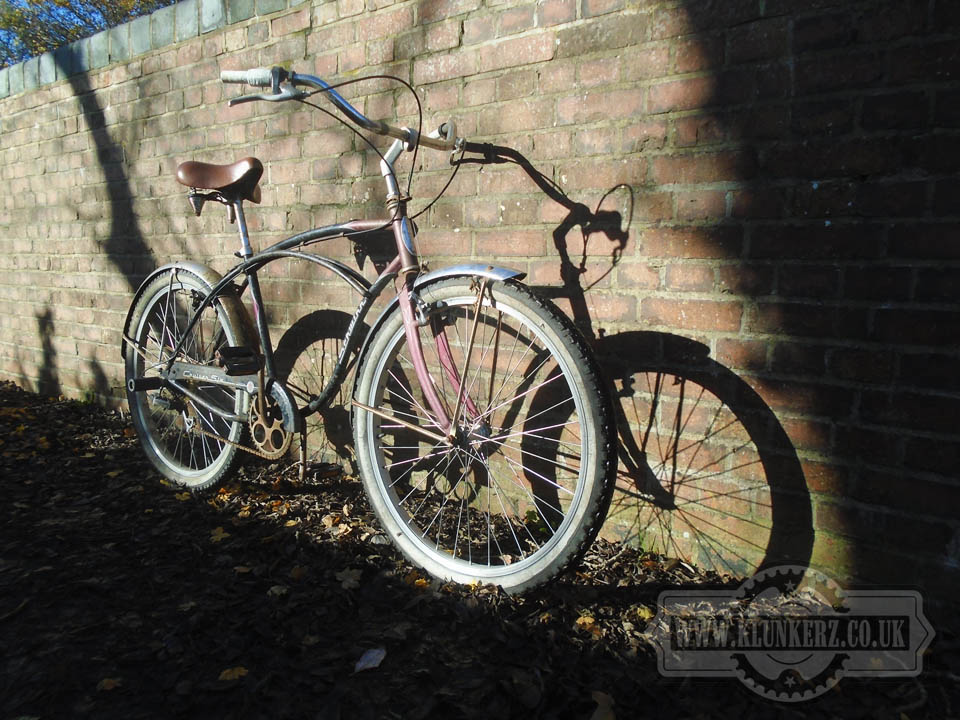 You see the thing is, half of me wants to strip it down, have the frame blasted and re-paint it, then put it all back together and make it look really smart. If I was to go along that route my feeling is that it would be painted two tone as it is, but the colours would be mainly a hot pink, and black. But the trouble with this is that firstly I'm not sure I've got the time, and secondly, everything bolted to the freshly painted frame would look decidedly second hand, and I'm not sure I want to be forking out for new, well, everything just to make it look pretty.

The other half of me wants to pretty much leave it as is, leave the patina thats taken 25-odd years to accumulate on the thing. Just clean it up, lube it up, get it all working correctly, and leave it looking rough as nuts! I've even found myself wondering if I can track down some sort of old bike rack for the back. I dunno, I'm not sure, but one thing I do know is that now I've finally got a Schwinn that works and I can ride, I doubt it's going anywhere for a good long while yet.