Why? If you're asking yourself why, then you probably haven't read from the beginning, long term sufferers probably realise that I have some kind of strange addiction to bikes from what you might call the cheaper end of the spectrum. I really have no idea what draws me to the cheaper end, but something does! As you probably know, this isn't my first Daewoo Genius, I've looked at them before when I've seen them out and about, and always thought that I'd quite like one, I think that it's the frame that draws me in. 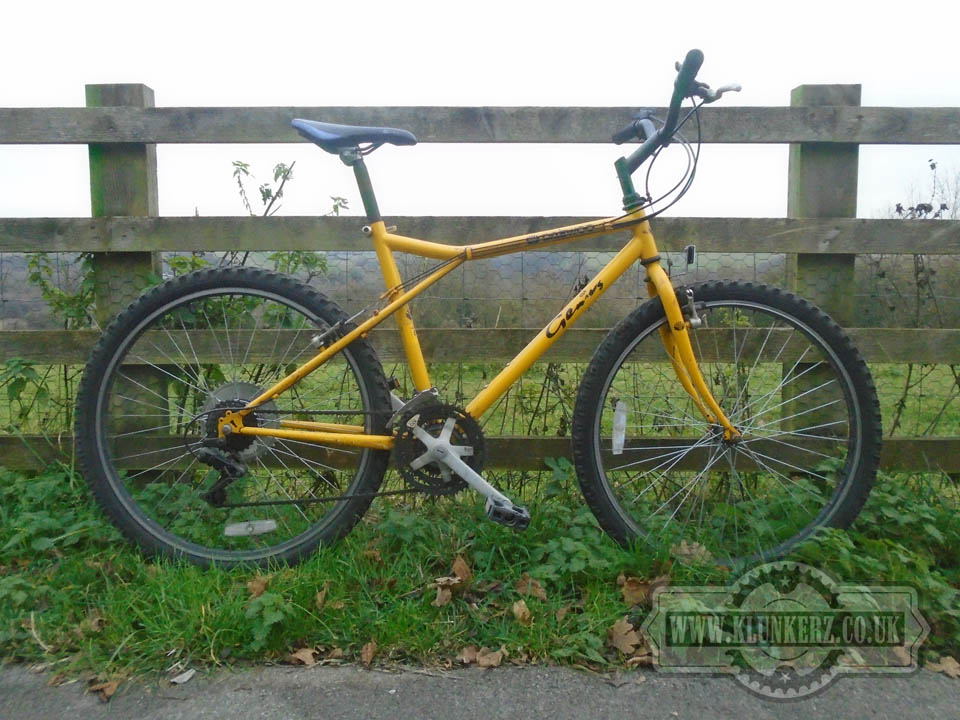 I know thats it's not as beautifully curvy as say a beach cruiser, but I like the quirky little kick up at the rear of the crossbar, and the way the seat stays cross the seat tube to meet the cross bar. To me I find the whole design quite interesting. 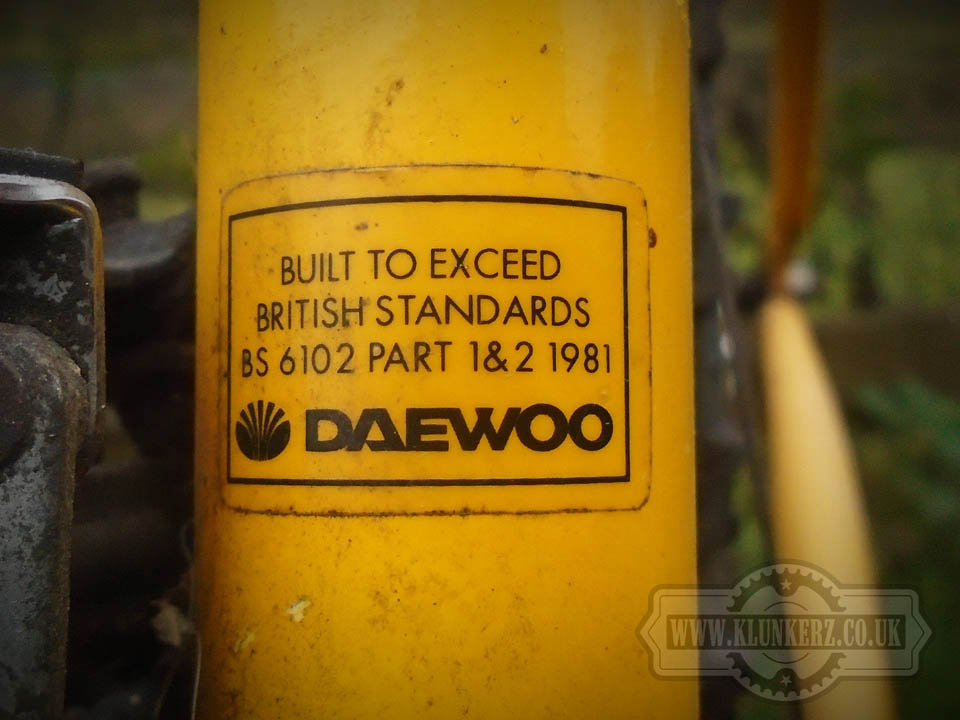 It looks pretty similar to my previous encounter with a Daewoo Genius, except for the colour, some of the parts, and I don't remember this little sticker on the last one. I find myself wondering if the previous one was an earlier model, and perhaps not built to quite the same standard? Who knows, and frankly who cares as long as it rides well enough, and stays together under my lardy arse! Like before, I don't think that it's a bad bike, but like so many bikes that are cheaply produced its a heavy bike, but as you know I kinda like bikes like that. 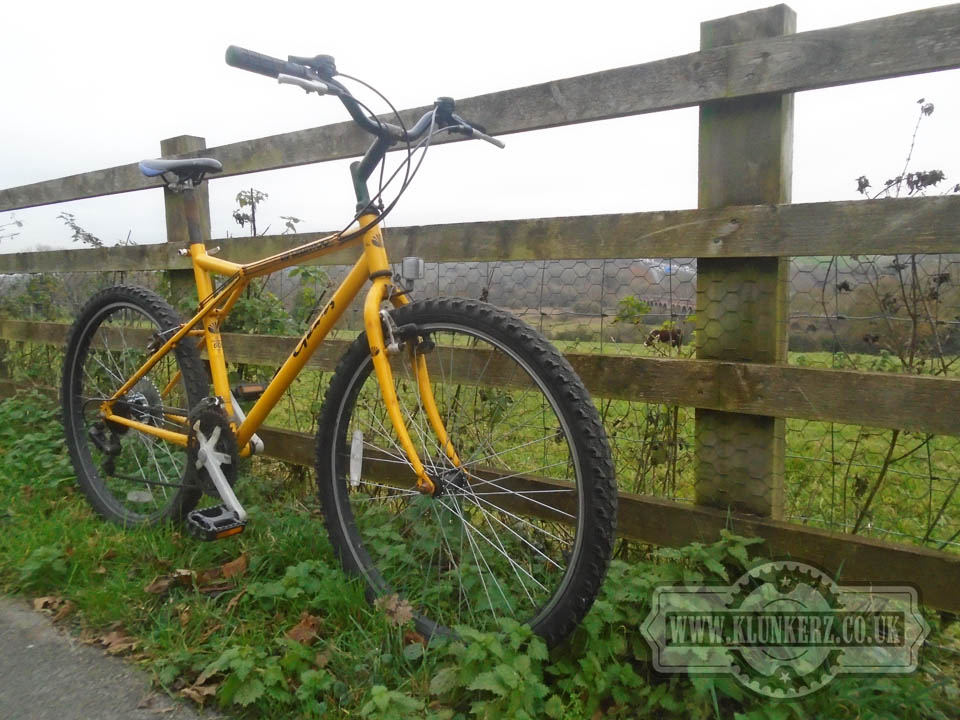 I bought this bike for a little project that I have been trying to keep at the back of my mind for far too long now. However upon starting the project I soon came to realise that this particular bike, or to be more precise, the frame, was not suitable for what I had in mind. So another bike, the Peugeot Swan 20 was purchased to take its place as it was found to be more suitable. I thought about putting this straight back on fleabay, but the thing is that all in all I'm quite happy with the Daewoo Genius, Although I think that some fettling may be required. 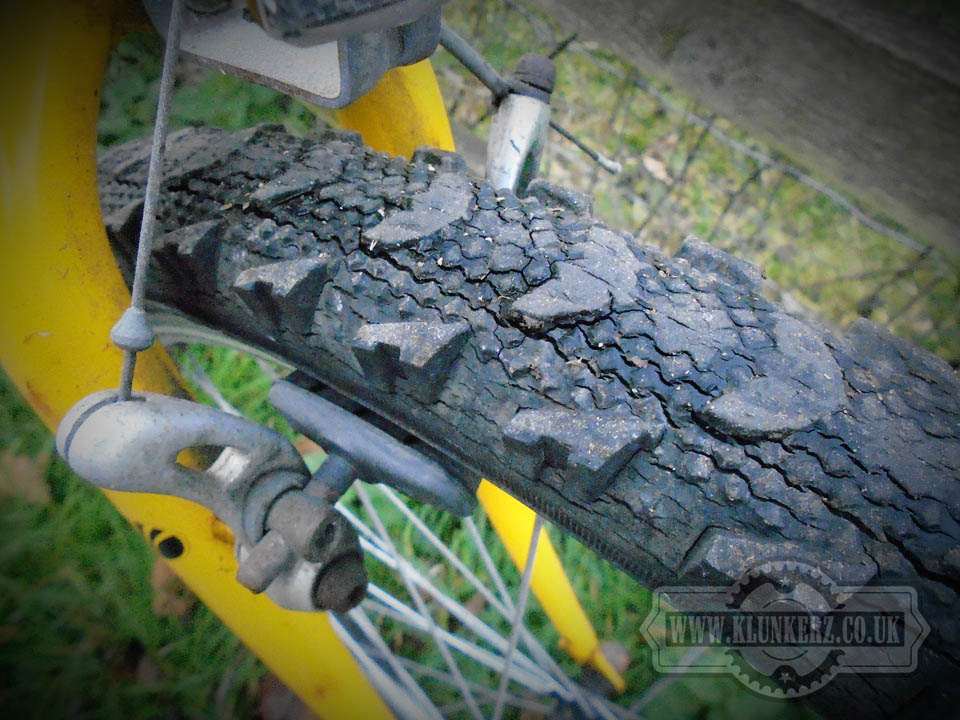 Having decided that I will cull some of the other bikes from the fleet including the averagely average San Eagles Jungle Scout I think that I can afford to keep this one a while longer. I remember thinking about my first Genius that it didn't need a complete strip down, just further tweaking, almost as much for the looks of the thing rather than anything else. This time I'm wondering if I actually take that further? I'm wondering if I should really go to town on this thing, and see just how good it could be? Now I'm wondering if I'm beginning to lose the plot? Who does a restoration on an old Daewoo bike? An idiot, thats who... Erm..Hello! 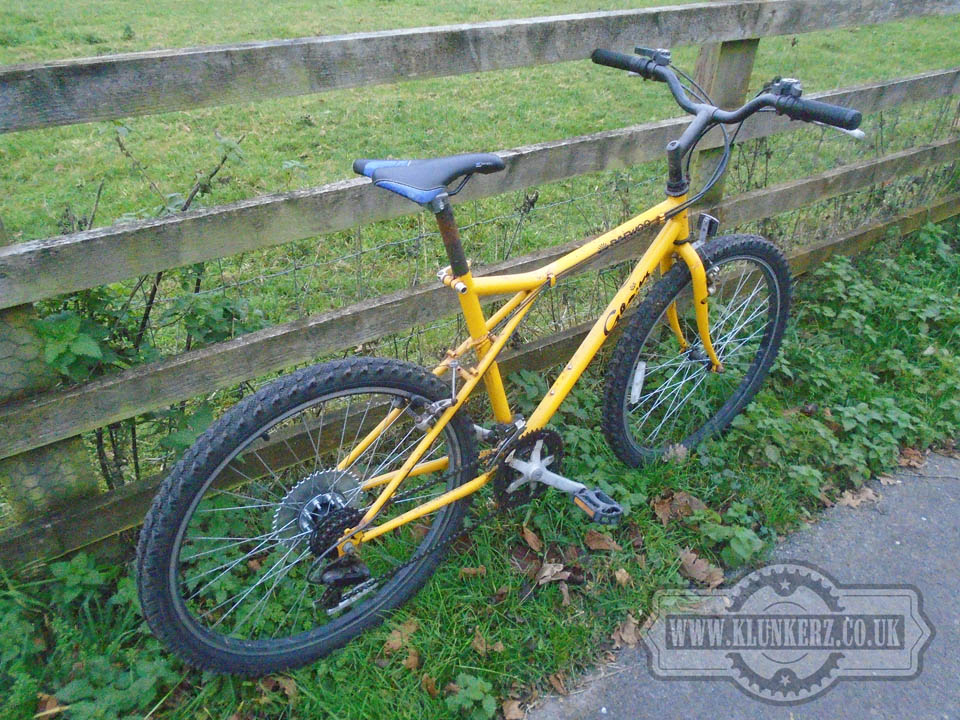 I don't know, but I am toying with it, Instead of just raiding my parts stash I'm finding myself browsing fleabay for parts... I wonder if I have too much time on my hands! When I got rid of my previous Daewoo Genius I remember thinking that I was not 100% decided on if I should keep it and take it further or sell it. But I had a fella come to look at some other bikes I had for sale, and he asked if he could add the Genius to the bikes he was buying. At that particular moment in time I was thinking it was time for us to part company. Although having said that as he was loading it in his van I almost asked him not to take it, but as the deal was done I had to let it go. My feeling was, as he drove away with it that I should've hung on to it, and made it as good as I possibly could, but it was gone, so it was too late. Perhaps I should give it a proper go with my second chance Genius. Time will tell. I like crap bikes, I really do, I liked my first Genius, and I'm pretty sure that I like this one too so perhaps it's time to add it to my collection, and just build it. If nothing else it will get the idea out of my head. 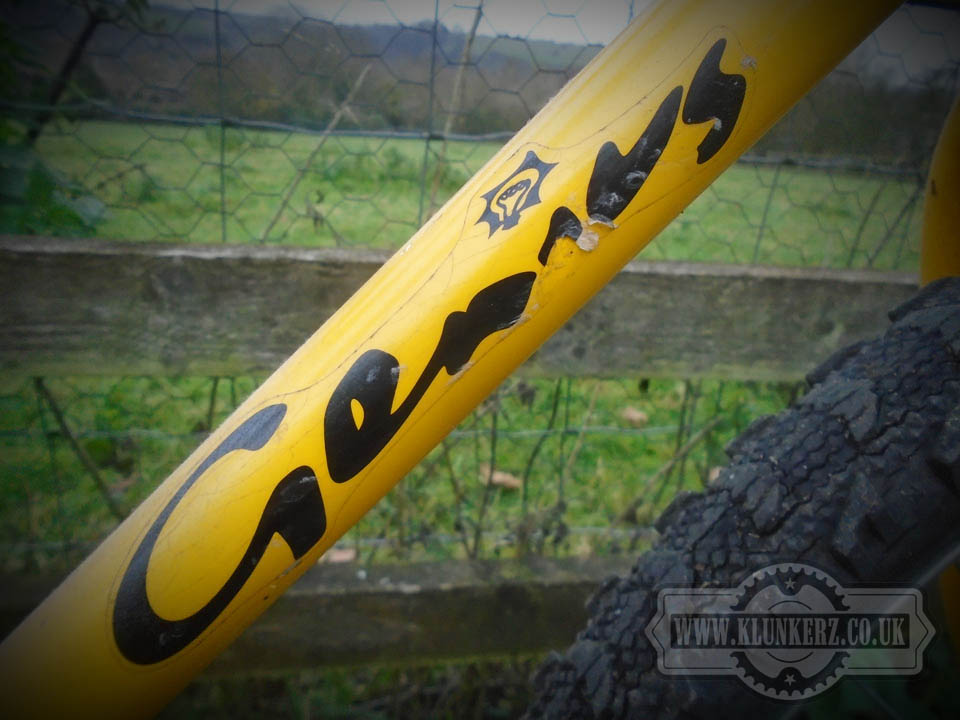 Yep, you've got to hand it to them, somewhere at Daewoo, some genius thought this was a great name for a bike! A different kind of bicycle company? That'll be the Daewoo!