At the end of the Summer last year when I last rode the Magna Fugitive the problem was that I kept getting punctures every time I took it out. As much fun as it is spending night after night repairing punctures eventually it's fair to say that I got bored of it, and so dumped the bike at the end of my yard and just rode anything else that came along. 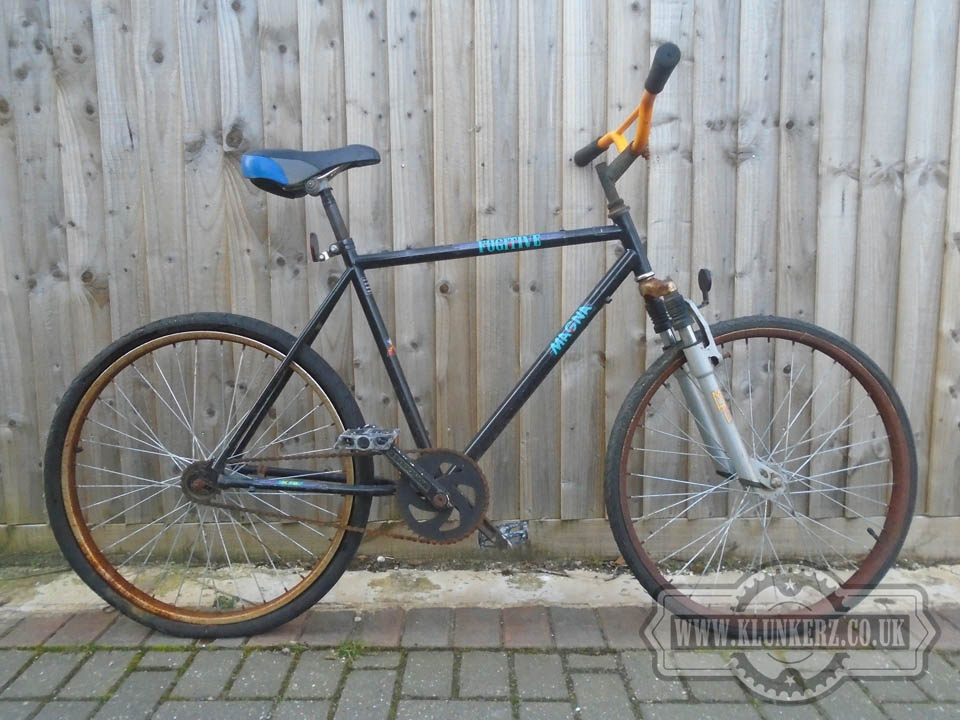 However, recently, with the arrival of the Universal Hill Street Cruiser I have spent a lot of time remenicing about just how much I like the Magna Fugitive. I decided to dig it out once again, fix the puncture, and ride it. So thats what I did, but less than a mile from home I was getting that old familier sinking feeling. I honestly thought about just dumping the thing there, but I walked home with it, and for the fifty billionth time removed the rear tyre to look for the problem. Now the wheels I have on this thing at the moment are steel, and quite heavily rusted, and when I took off the rear tyre there was some pretty significant flakes of rust that came out of it, and as usual I found nothing poking through the tyre that might cause a puncture. So I started to wonder if my puctures on this bike might be self inflicted from sharp little chunks of rust coming off the inside of the wheel? As unlikely as it seems it is the only explanation I could come up with. I gave the inside of the wheel a good wire brush down, but as I was doing so I started to wonder if it was time to give this little bike another little makeover. 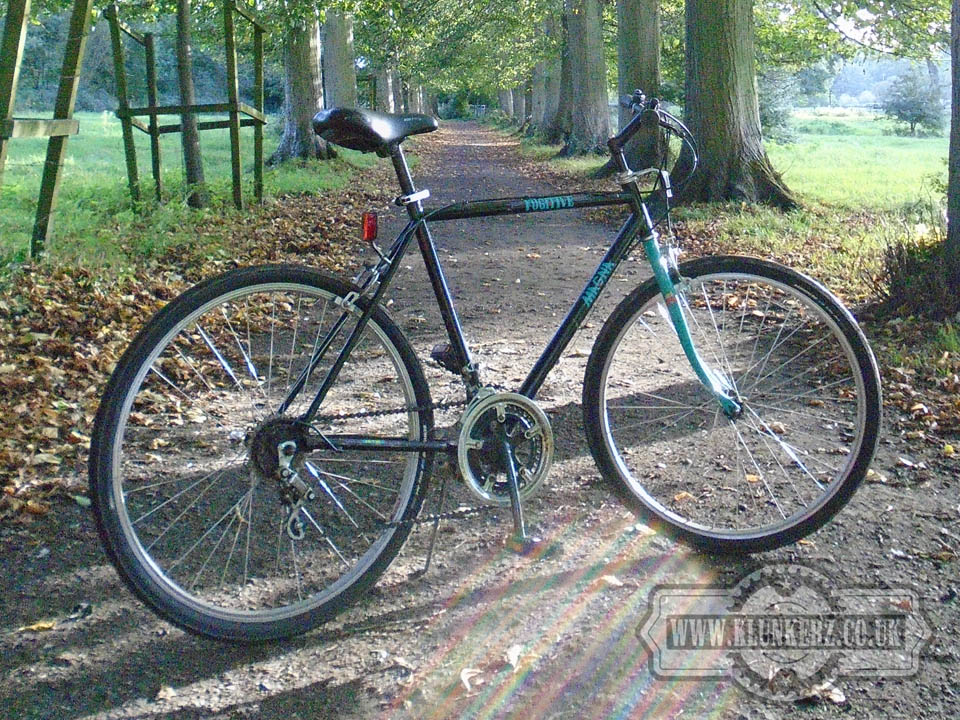 I started to think about how much I liked it when I had given it the first makeover. I remember thinking that it rode really well, and was far better than it really had any right to be. I knew that when I threw it together in a rat bike stylee that this was not going to be it's last version of this bike, and it was only thrown together in such a fashion just to get it back on the road for last Summer after finding the frame dumped at the tip. My feeling is, if this is actually the bike that I put together originally, that the guy that bought it from me was really after a few half decent parts, which is why I found the bare frame at the tip less than a year later. Well this time it's not going to leave my collection, so this time when I put it back together I thought that I'd take my time and make it nice, or atleast nice for me.

A week or so ago the opportunity arose to re-work this bike when I was passing the que for the tip on the Hill Street Cruiser when I came across a guy in a pick up with lots of old bikes, and bike parts in his bed. I jokingly said to him if he didn't want to que, then he could just turn right around and dump his bikes at me house. To my surprise he said OK, so I told him to follow me, and five minutes later we were unloading half a dozen bikes and other bike parts at BelongaClint. This, as I'm sure you can imagine pleased Mrs Clint no end! 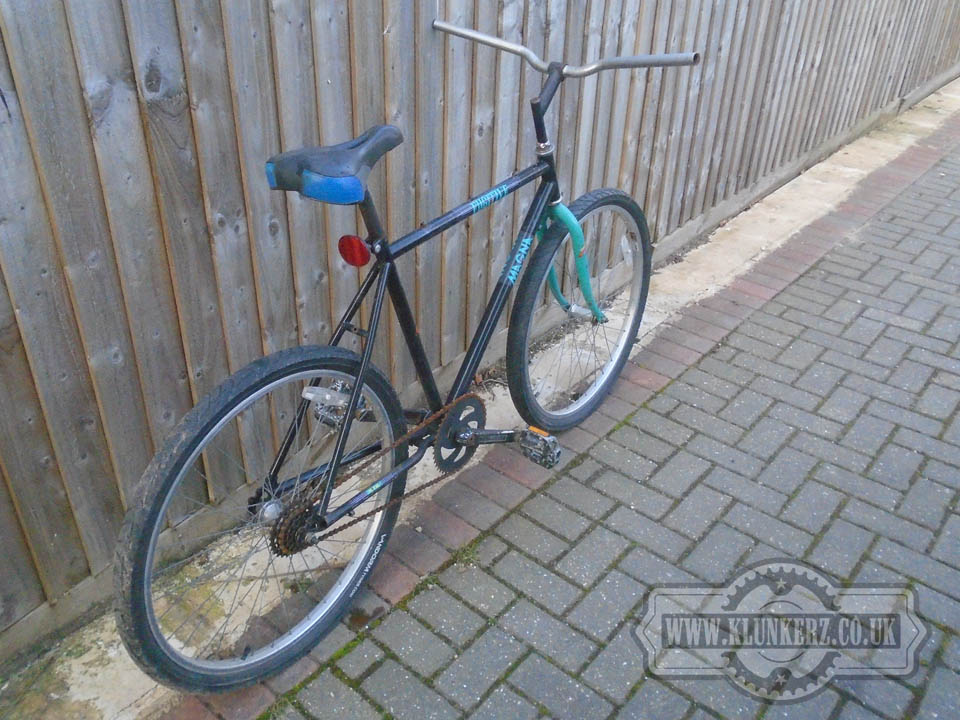 After sifting through it all pretty soon I had a pair of wheels and tyres that I thought would work well on the Fugitive, and better yet, I had a stem that fitted the original forks so that I could lose the crappy suspension forks that I had been using. I stripped the Fugitive back to it's bare frame, and started putting it back together with my new found parts, greasing it up as I went. 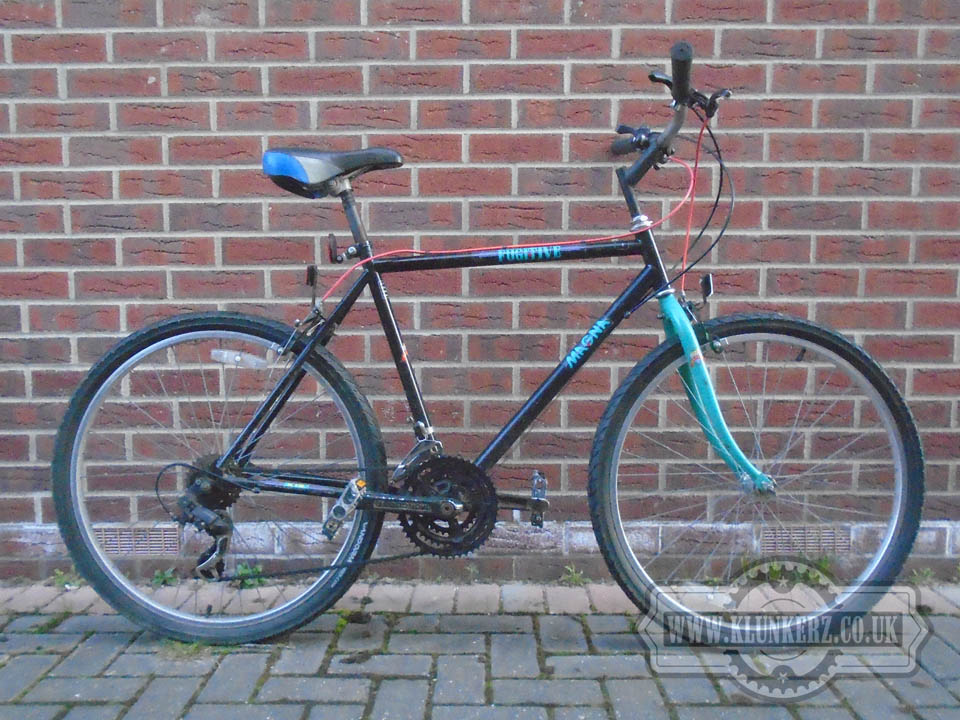 By the end of the afternoon it was no longer a single speed rat bike, but a fifteen speed mountain bike on some fairly chubby road tyres! 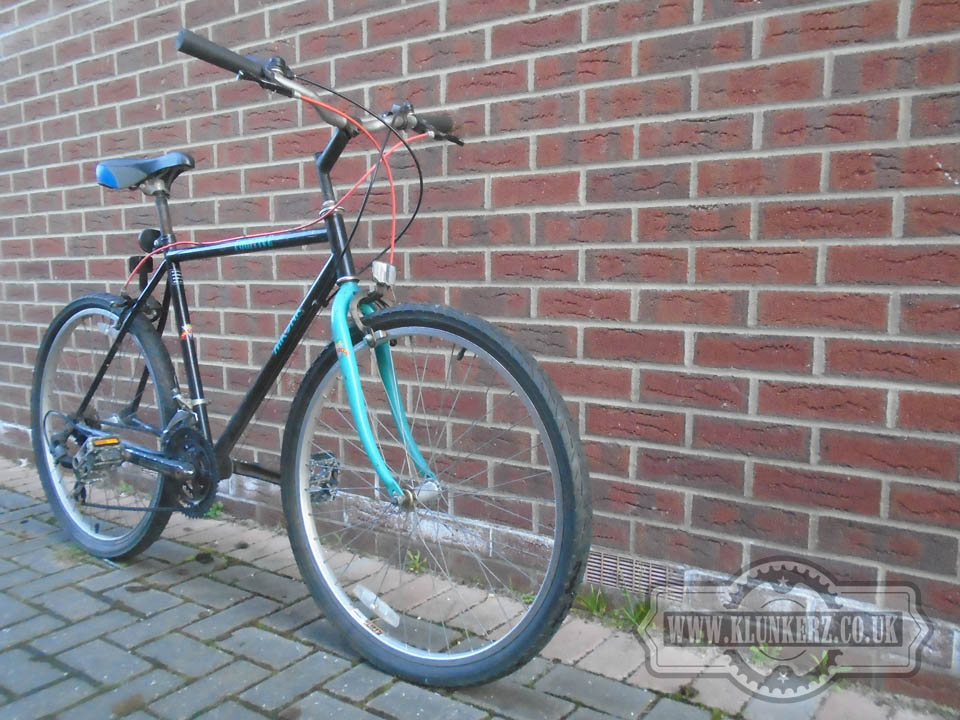 However, like the rat bike version my feeling is that this is not the final version of what the Magna Fugitive will be. This is the rough version, even though it's pretty good. My feeling is that I'll ride if for a bit before fitting better brakes cables and shifters, for as good as they are, I feel they could be better. But that being said, despite finishing it today I've still not yet ridden it, so my shake down run may well reveal other things that need attention. But to be honest I doubt it wil reveal too much that needs attention because it seems that no matter how I build this bike it always seems good to ride, but no doubt time will tell. But one thing I do know for sure is that I can't wait to get out and ride this thing, I reckon it's going to be just fantastic!