Damn it's been a long time since I rode this thing! As it turns out the last time I rode it was in December last year, and since then, I've barely touched it! 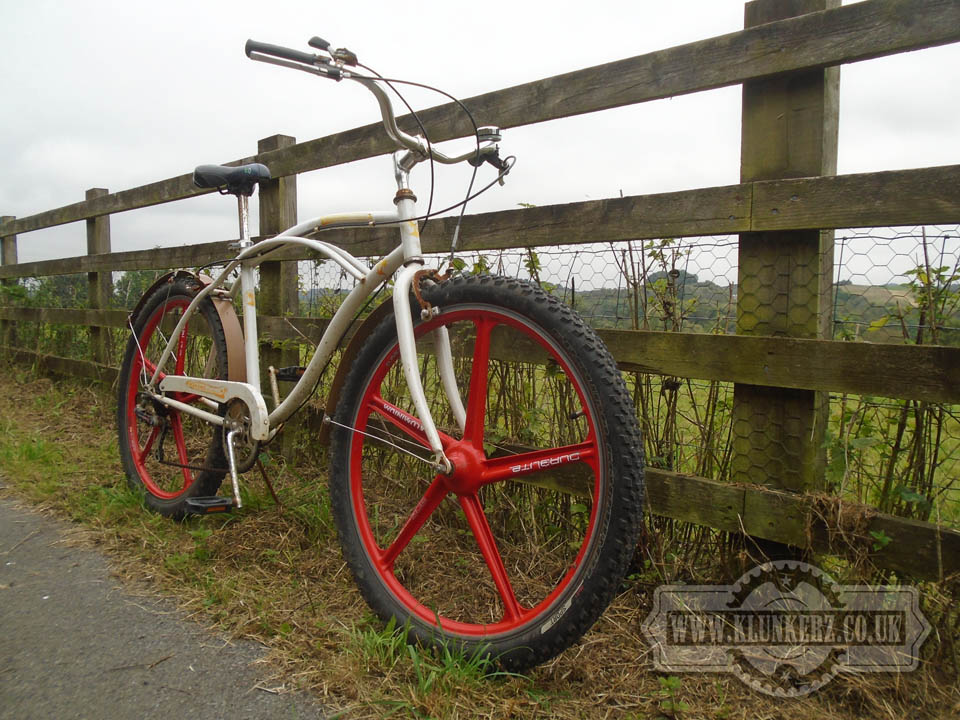 But with Mrs Clints new found love for riding since having her first go on her Ecosmo I figured that I'd accompany her not on my Steyer-Puch Clubman that I've done most of my riding on recently, but on one of my beach cruisers. I was going to take my scruffy little Schwinn Cruiser Six, but it had a flat tyre, so then I figured the Bikini Hurricane would work, but that too had a flat tyre. So a quick drive to my garage to collect the GT Dyno Glide but guess what? Yep, flat tyre! For crying out loud, here we go again, another round of puncture repairs! Right then I thought to myself, take the Electra Townie... I was starting to feel as deflated as all the tyres on my bikes, this just left the Apollo Retro, which didn't actually have flat tyres, but as I've done a fair bit of riding on it lately I really didn't want to take it out.

With Mrs Clint getting ready to ride I figured that I'd probably have the time to repair a puncture, and so, as the Bikini Hurricane was closest to the front of the pile I thought that would be the lucky recipient of being the first bike in this particular round to get its puncture fixed. I dug it out, then headed off to get my puncture repair kit. This brought about another problem, despite buying loads of patches, my glue seems to have gone off. I only opened it last year, there's still about half a tube left, but it comes out really thick like rubber, and sticks to nothing. This cheered me up no end, and I headed off to Halfords for some new glue! 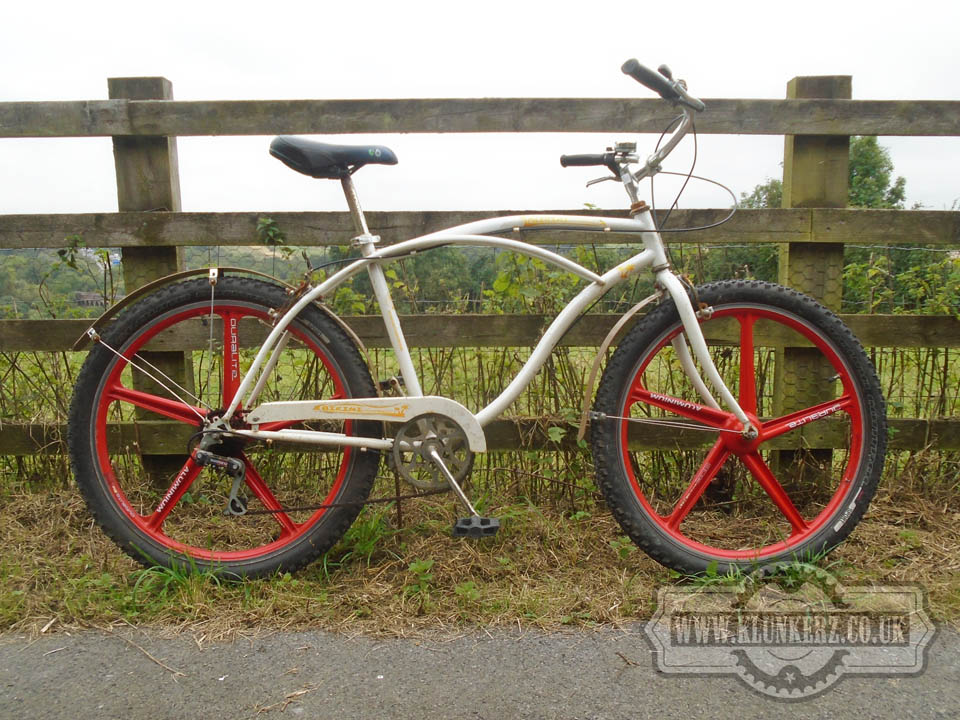 Once at Halfords, and with the glue in hand I headed off to the check out. As usual in my local store there were no staff at the till, even though there was a bit of a que. As I stood there thinking that they've had their chance and I should just stuff the glue in my pocket and leave I had another thought. What I should do is put the glue back, and do what I should've done last year when I started getting punctures all the time, just buy some of that Slime puncture sealant, and install that in my tyres instead. This way, hopefully I'll not get any more punctures... Hopefully!

I headed back to where the bike stuff was, put down the glue and picked up all three of the 237ml bottles of Slime that they had in the store. £30 later I was heading back to BelongaClint with enough Slime tyre sealant to do six of my tyres, I figured that at the very least I'll be able to make a start, and that'll do for now. (By the way, if you happen to be reading this, and you work for ITW Global Tire Repair and you're looking to sponsor someone, I'm your man!) 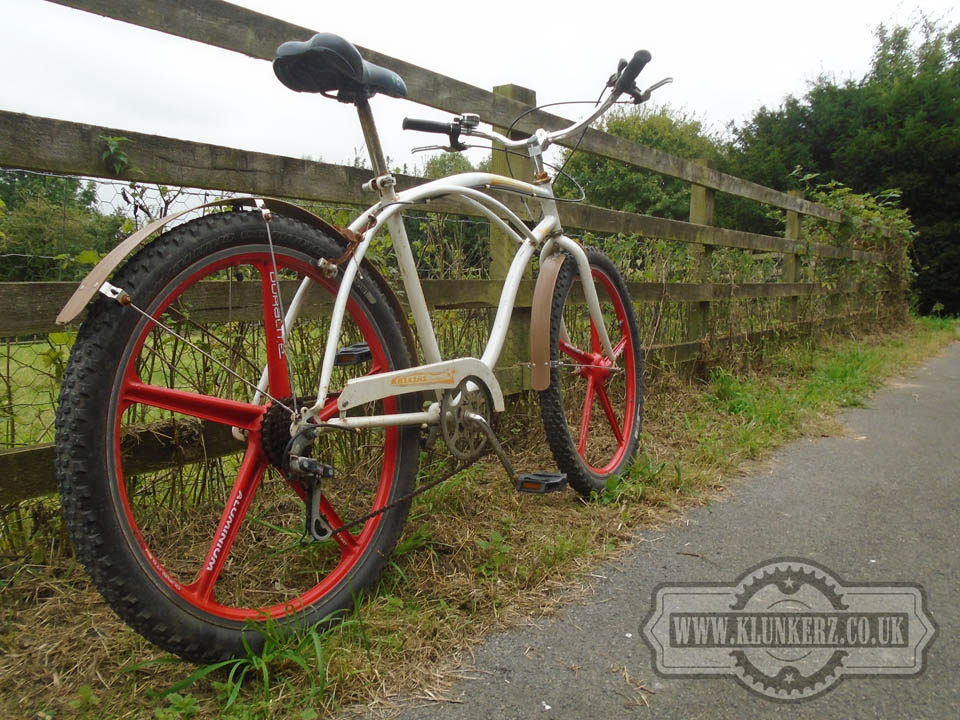 With the Slime installed and Mrs Clint finally ready to ride we headed out. I remember thinking when I put these wheels on this thing that I really wasn't sure that a five spoke mag wheel was the right look for a beach cruiser, and that I also wasn't really a fan of the red wheels. However looking at it now with its red mag wheels, and knobbly tyres I think the look has grown on me. Although I do keep thinking that it would look better still with a different tyre, either a completely white tyre, or a white wall of some description, but as I've not been riding it in some time the urgency to get a better looking tyre has fallen by the wayside. Now that I'm riding it again, perhaps I should look into getting more of a road bike tyre at least. 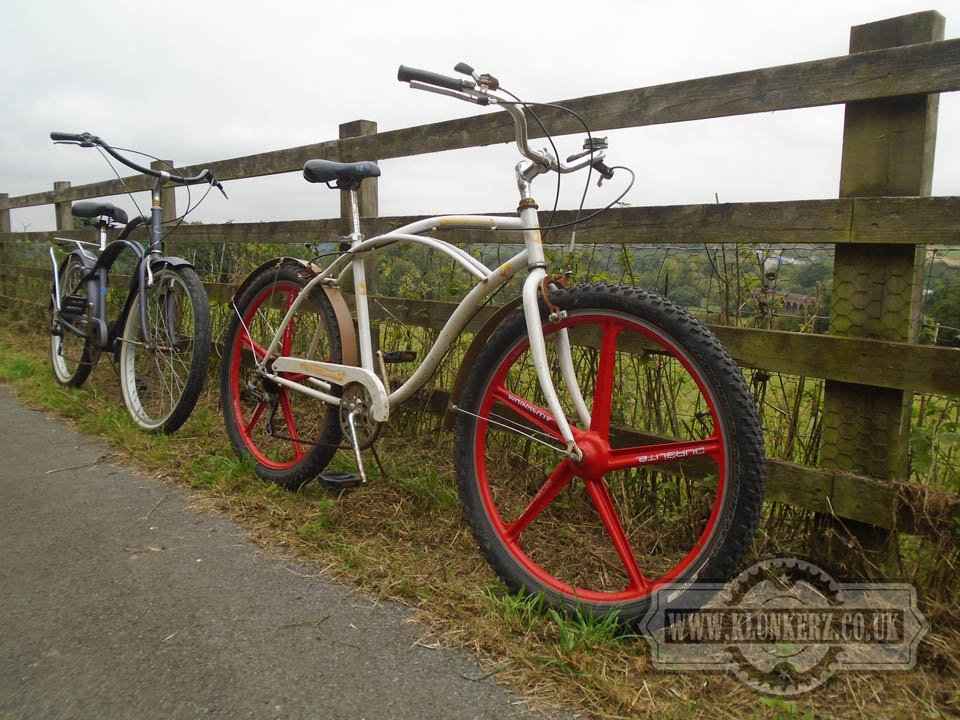 Anyhoo, the ride was pretty good, I can't think of a reason that I stopped riding this bike other than I've just got too many bikes to ride, and lately not been doing much riding anyway. So hopefully now that Mrs Clint has her luxurious ass back in the saddle so to speak we'll be heading out a little bit more often. Only time will tell of course, but as of now the Bikini Hurricane is outside, with wind in the tyres, and ready to ride, and while the weather is, well, dry atleast I'm gonna ride it!