I'll be honest, normally by now I'd most likely be pulling this little thing apart to make some improvements before riding it too far. However, as it's the only bike I've got here in Wales I'm just going to carry on riding it for a bit until I get back home. I mean, how bad can it be? 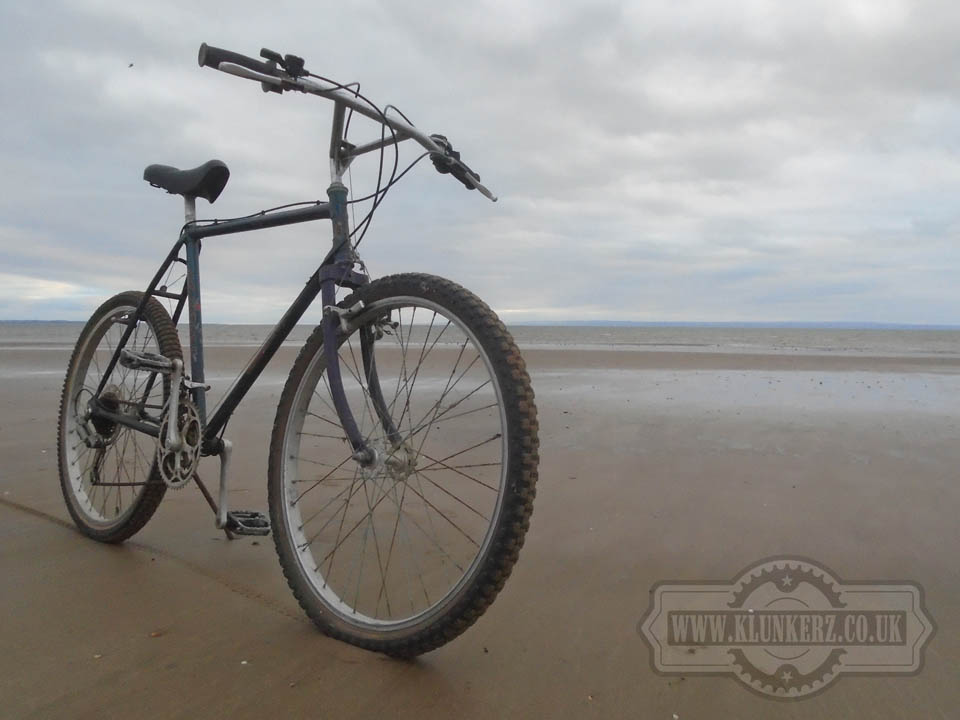 Well, it's far from perfect but I think that's not the problem of the bike, but a problem caused by it's lack of use. Despite my spraying liberal amounts of WD-40 over it every time I take it out, and every time I get back with it, it still creaks and groans. Me feeling is that at the very least the chain is going to need replacement, I mean it moves and all that, but there are definately more than a few links that are very tight, and don't exactly pass through the rear derailleur freely. Added to that the shifters don't shift, so I'm stuck with one gear. But that's OK, the ride I've been doing is mostly flat, with the exception of the long steep descent from the hideout which I freewheel down anyway, and the long steep incline back to it, which I walk up pushing the Kalkhoff. 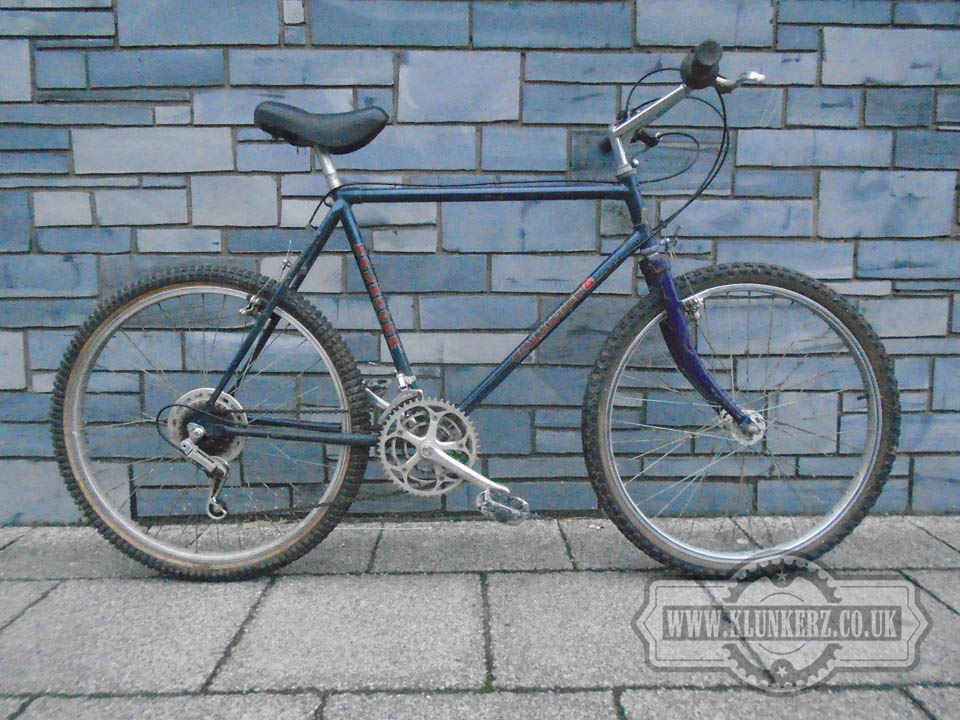 But once I'm on the flat, it's just brilliant, even riding along the beach, which I love doing, is pretty good. I'm not going to say that it glides along effortlessly, because it doesn't, mainly because it seems no matter which direction I'm travelling I'm battling a headwind! But all in all it's not bad at all. 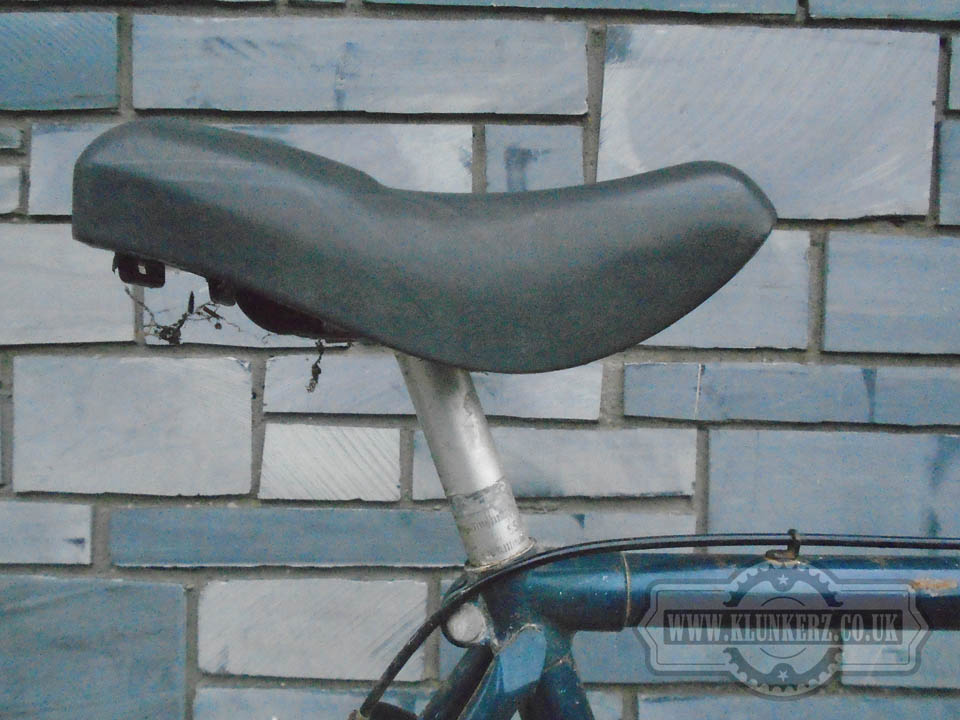 I have been thinking about changing the saddle though, not because it's uncomfortable, but because it's an odd looking, cheap foam and plastic thing, and I just want it to have something nice looking instead. However, despite it's odd looks, and cheap construction it's pretty damn comfortable. I have been riding a six mile route out to Verdi's Ice Cream Parlour and Café which is situated on the sea front in the Victorian fishing village of Mumbles, every day where I enjoy an ice cream (yes, even in this weather) before heading six miles back to the hideout without any trouble perched upon this saddle. So now I find myself wondering if I really want to change it at all? Or should I just embrace it's quirky looks and enjoy the comfort? I think we all know the answer to this, but still I doubt it's going to be the first thing I change. 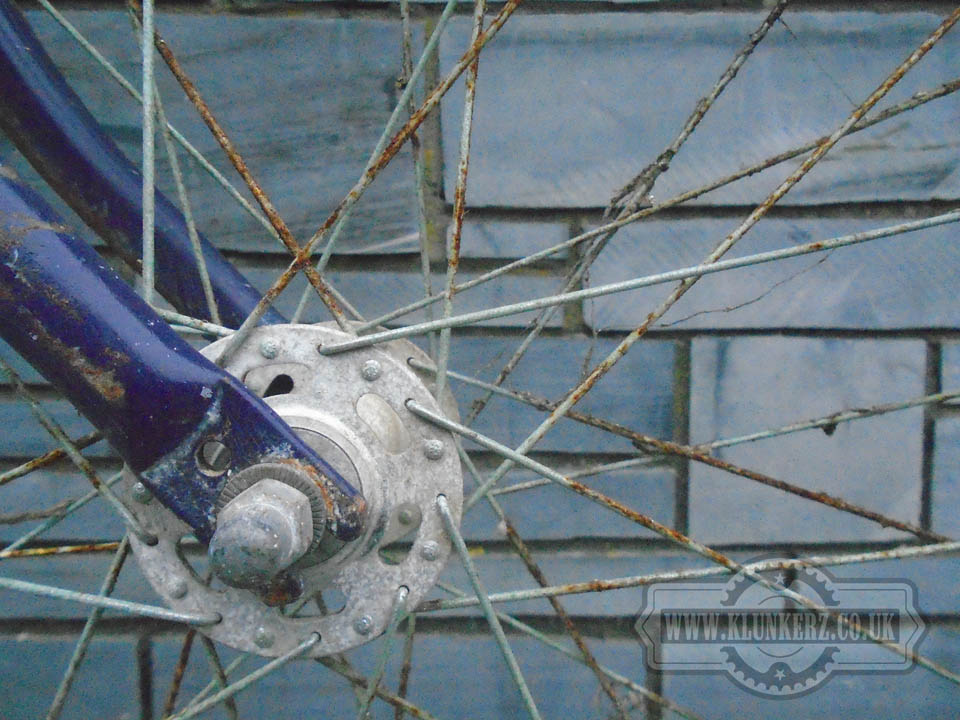 The wheels however will be. The spokes are pretty rusty, and the wheels have slight buckles in them. Not enough to make the riding un-pleasureable, but enough to catch on the brakes every time they go round. 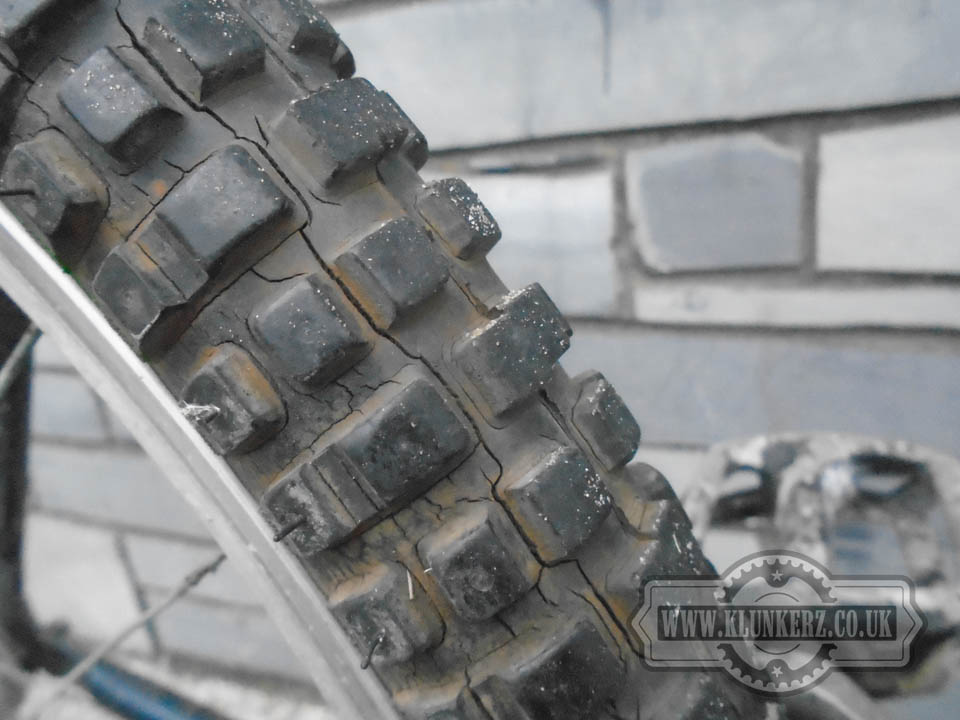 Added to that, the tyres have got to go, they are well past their best, and actually the rubber on the rear tyre is so hard I've wondered if its made from plastic and not rubber at all. So far I've probably covered the best part of 40 miles on it, and the rear tyre doesn't appear to have a single new mark on the tread anywhere. Like I said, it's pretty hard and I can't help feeling that trying to take a corner on the road at any speed may well lead to the back end slipping, and the bike coming out from under me. This is something I want to avoid if I can. 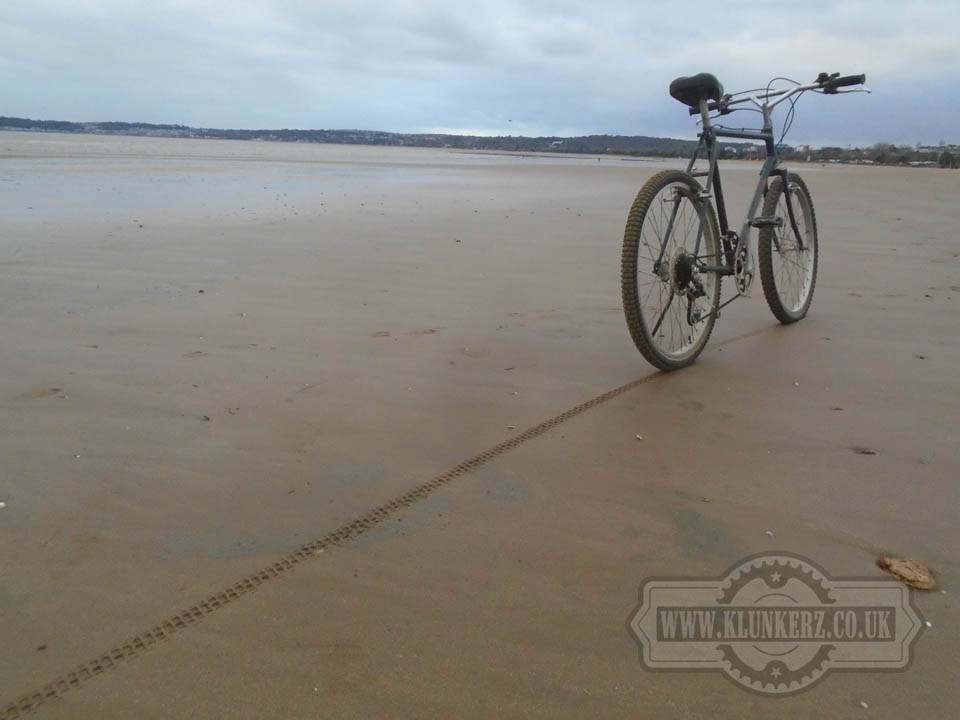 But as I said after my first ride on it, all in all I am more than just a little bit happy with my latest bike project purchase. It's not perfect, but it's perfect for me. That being said I can't wait to get back to BelongaClint and start stripping it down, replacing worn, and damaged parts, then getting back out there riding it. It's gonna be great!