Okay folks, for today's topic of conversation, the Univega Rover. Make no mistake I really like this bike, for what is essentially cheap old tat it rides pretty damn well. However, the last time I rode it was almost a whole year ago, and since then it's just been parked amoungst my collection slowly moving its way to the back of the pile. 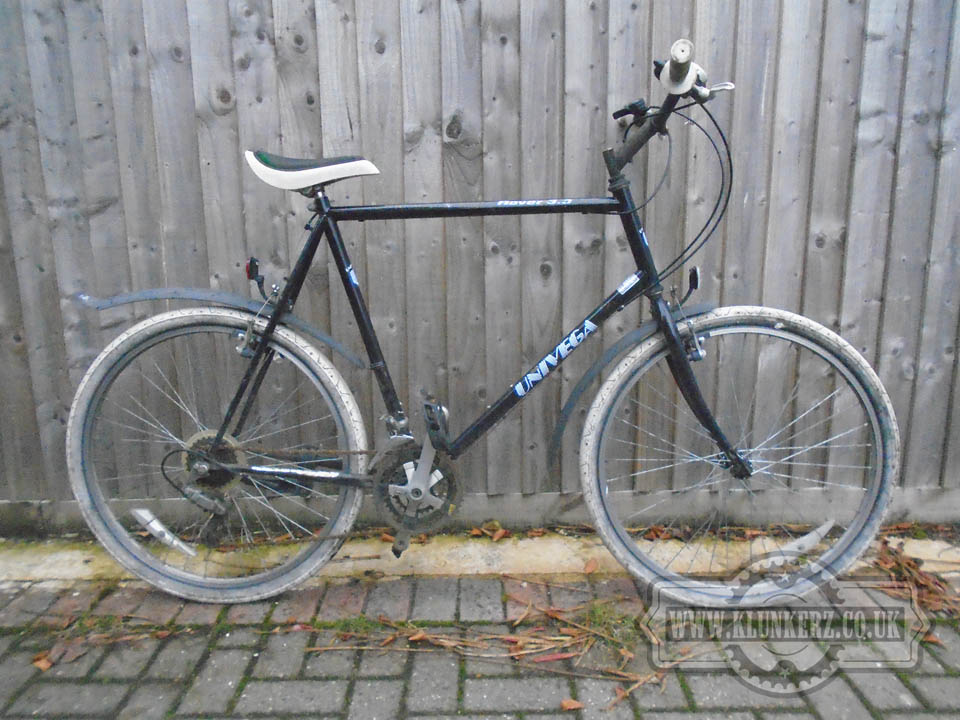 The problem, as I'm sure most of you have already realised is that I've got too many bikes, and bike projects to ride them all. My feeling is that I should probably just sell it, say I've had it, and move on. But the flip side of this crazy coin is that if I do, I know full well before too long I will regret it, and be out on the lookout for another one. So where do I go with it from here? Well, in all honesty I should just ride, and ride, and ride it, and maybe perform some regular maintenance to it. But my feeling is that I need to tweak it a little further. I know the sign of any good artist is knowing when to stop, and I really think that time is now for this bike. But I think there are things that I still want to change, infact my feeling is that what I need to do is strip it completely back to a bare frame, and start again from scratch. 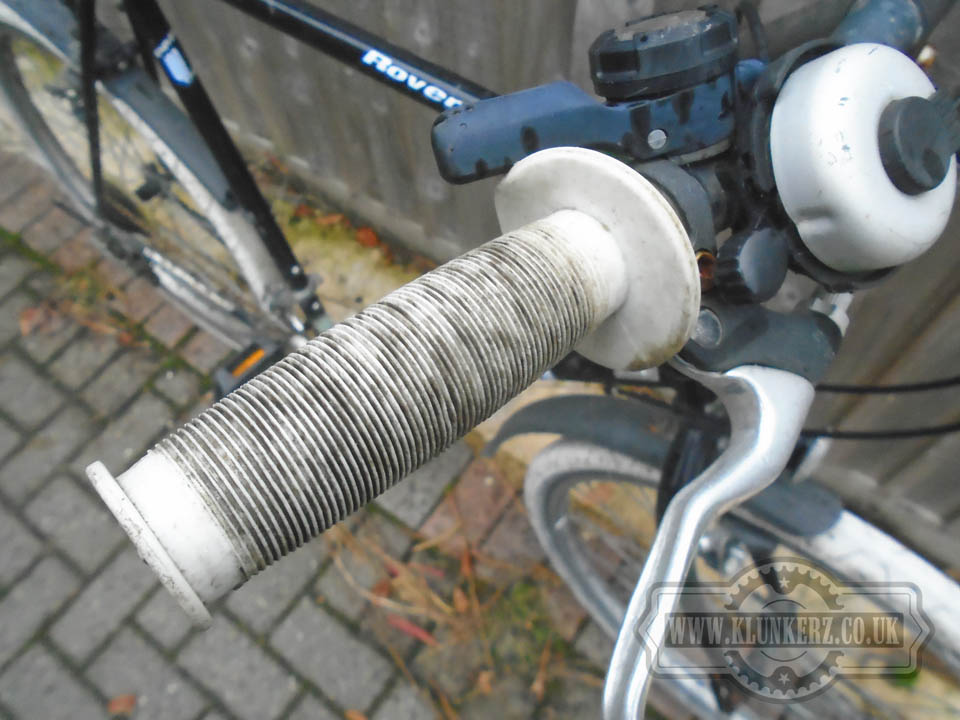 I think that the things that I want to change hopefully won't change the way it performs, my feeling is that I want to change things more for the aesthetics than anything. Although that being said I am now wondering if I just want to change things for the sake of changing things. I hoping that when I re do this bike it will still ride as beautifully as it does now, just look a bit better. It's things like the Mushroom style grips, I like them, they're comfy and everything, but they just seem to look so damn grubby so damn quickly. I know that if they were black then you'd not notice, but the problem is I like the white, so maybe white with a different pattern is the way forward. The gear selectors need to be changed too, this is mostly due to something else I'd like to do, as will the changing of the brake levers, they just wont work with what I've got in mind. 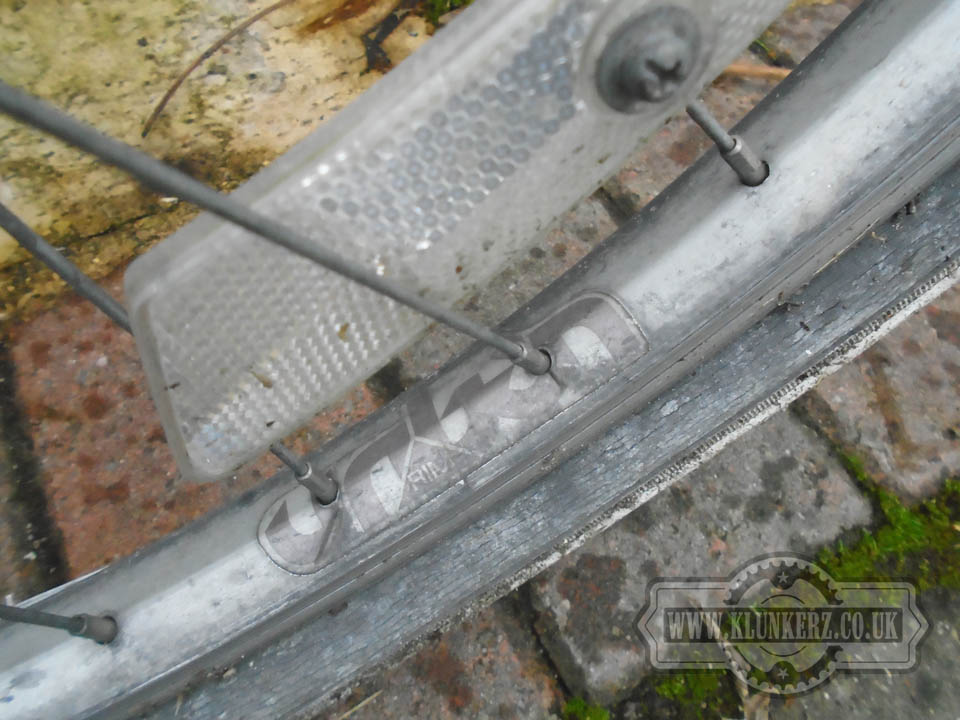 The wheels, as good as these Apollo Urban wheels have been I've been thinking for a good while that this bike would look better with black rims, but keep with the white tyres. Digging through my stash the good news is that I have a set of matching black rims, the problem is they've got a seven speed block on the rear one, hence the need to change the shifters and brake levers, I've got some quite pleasant ones in my stash, probably from the same bike the wheels came from, so they'll find their way onto the Univega. 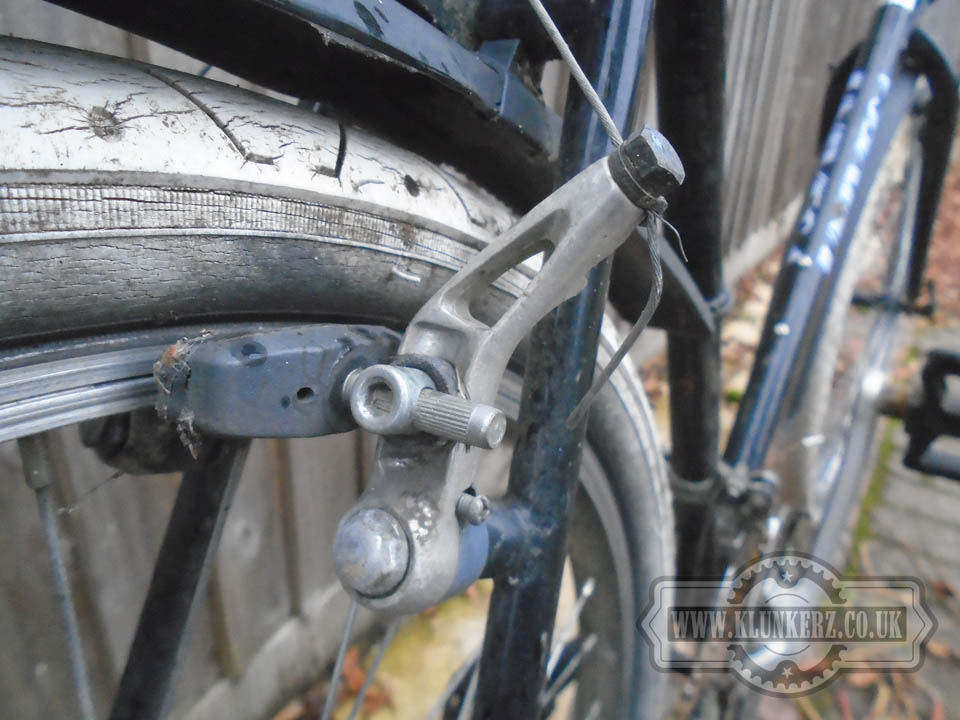 The brakes, they work quite well, however digging through my stash I have found a set of Weinmann cantelever brakes that are black. I can't decide if they're annodized, or painted, but they look better than these, so they're going to find themselves fitted to this probably. 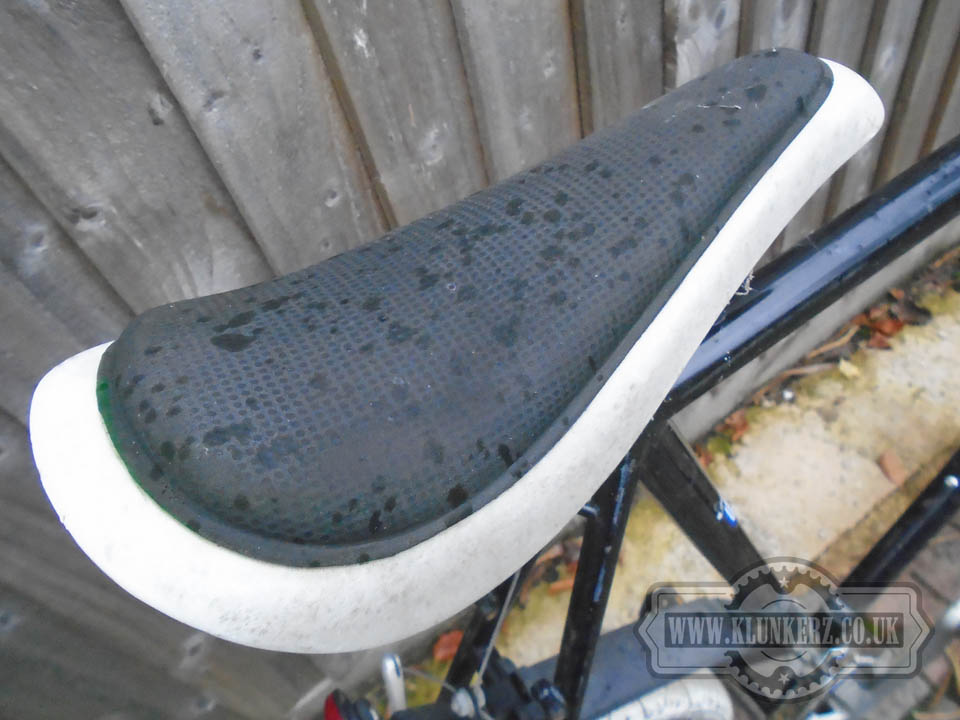 I'll probably keep the handlebars, crank and chainrings, however that saddle. I've been spending a lot of time on bikes with big soft seats lately, and I'm not sure how my lardy arse is going to cope with a solid hard plastic BMX saddle, I have a feeling that this might be too much of a shock for my bum, so I think I'll probably change that too. Sadly I've dug through my stash and not been able to find anything that I like as I want to still have a black and white bike, so really I need a white saddle. I guess I'll have to put my hand in my pocket and buy a new one!

However, I really think that perhaps I should give it a little more thought before I change anything and ruin a really good ride, or atleast maybe I should take it out for one last ride before I pull it apart, and make a good bike bad.