Okay folks, now then, theres no two ways about it, this bike, the Steyr-Puch Clubman is just beautiful, it's quiet, smooth, nimble, fast, and best of all, this thing just glides effortlessly along the road. I wouldn't say it's perfect, is there such a thing as perfect in the arts? But it's pretty damn good, no, it's the best! 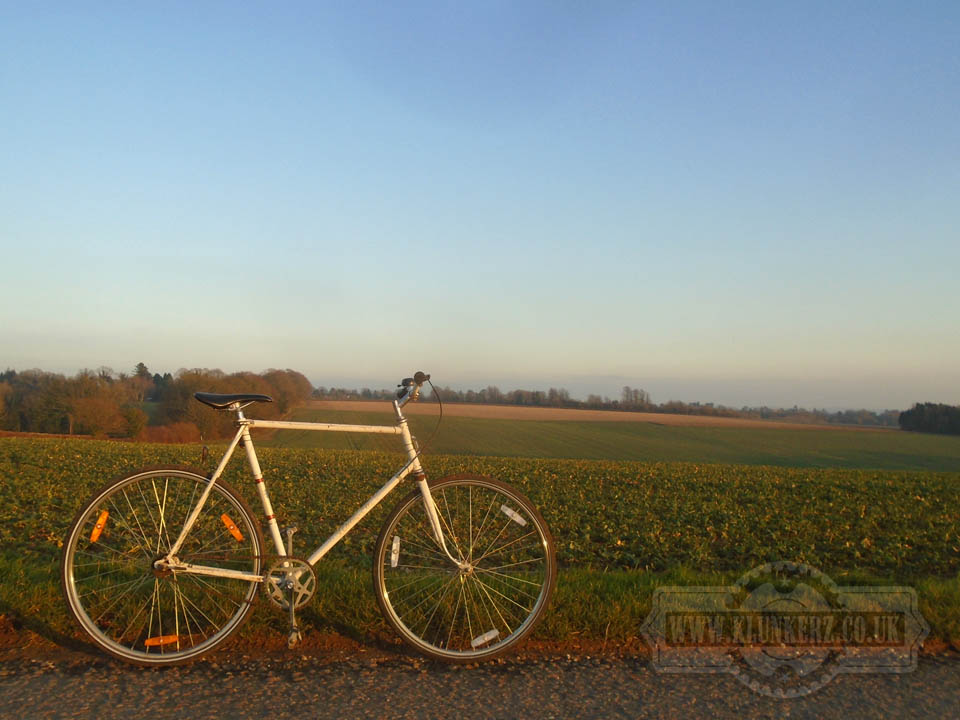 Just lately I've been having a bit of spare time, and due to her Worshipfulness being off work and home all day, the house elf (me) has been able to indulge in a bit more cycling than usual. Added to that, due to the mince pies (amoungst other Christmas type food) my figure needs a little more honing than usual. Basically, I've been a pig, and have had to slacken off my belt two notches over the Christmas period. So, with just a single box of mince pies (and a yule log) to go I decided that I should try to go out, and ride a bit further than usual, and perhaps also a bit more often. 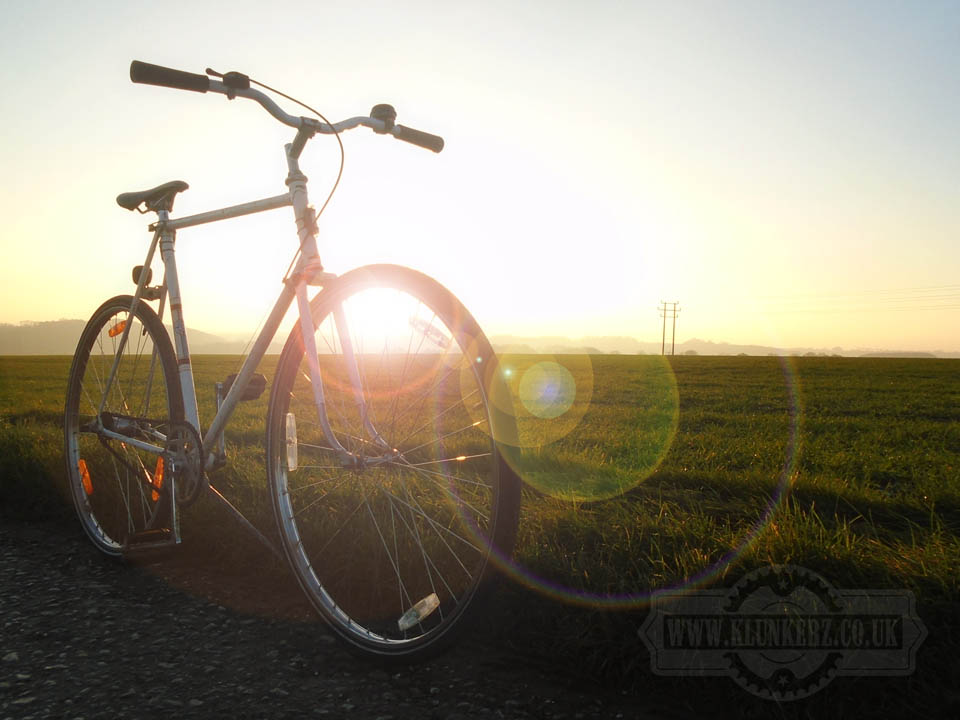 I guess my normal ride out across the viaduct ranges between two and five miles depending upon the route I take, and in all fairness, that was generally the length of my normal bike rides ever since I was a kid, well, a kid in his mid twenties anyway. Thirty years on, and I'm still riding the same length, and only the location has changed. This is mainly due to the fact that I now live on the other side of town, and so the parts of the town that I used to visit on my rides, I haven't seen in years. But, with my newly accquired girth, and time off for good behaviour granted by her Worshipfuness I have been wondering if I would be able to do a couple of miles or so across town, and then ride the areas I used to ride when I was still in my twenties. Only one way to find out, right? 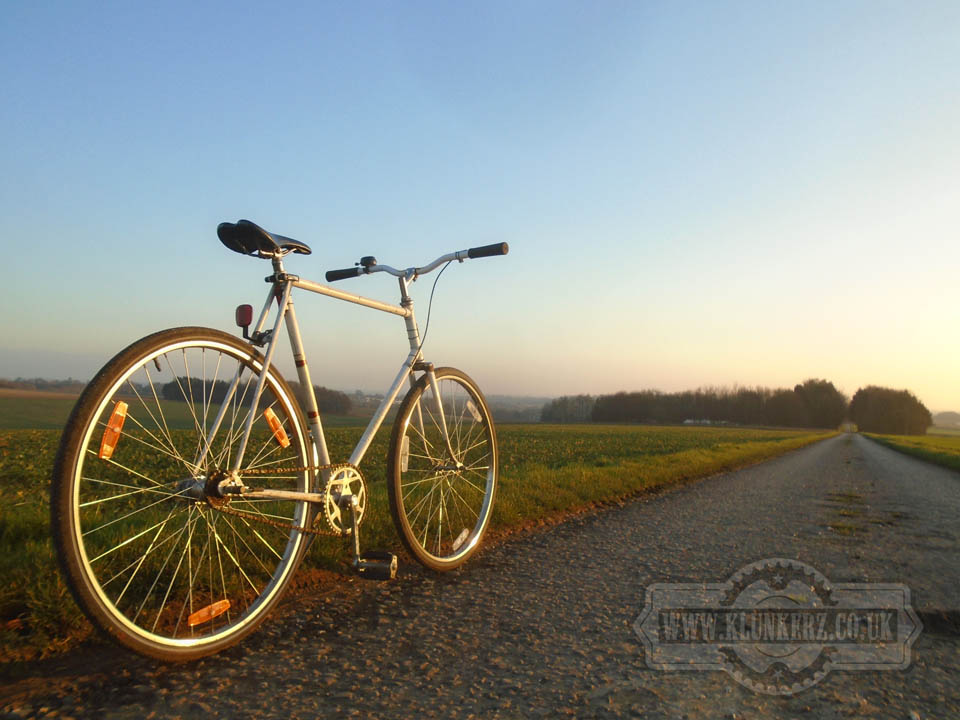 I headed off, taking the Clubman because I figured that I'd be mostly on the road, and the way this thing glides effortlessly along the road I thought this would make the ride far more enjoyable. I was right, it was most excellent, no doubt made better by the complete lack of any traffic. I love that, me, the bike, the open road, the peace, and of course the voices in my head. Well I made it across town without too much drama, and probably half way to where I used to turn back for home thirty years ago, but by the time I got there I was starting to wonder if the saddle on the Clubman just wasn't as comfortable as it could be... I thought that I should turn around and head for home before it became really uncomfortable, but before I got home it's safe to say that it as rubbing my bum sore. I also felt as if I was resting on my Coccyx the whole time, which was becoming fairly uncomfortable, and felt almost as if I'd fallen on it, and bruised it. Not good at all, and infact by the time I reached BelongaClint I was doing a fair amount of riding in the standing up position, which is something I tend not to do as I feel thats not a particularly comfortable riding posistion either.

So I guess I've finally uncovered the Achilles' heel of the Steyr-Puch Clubman, the racing bike esque saddle. A saddle that I myself put on back in September because I thought that the saddle that I originally put on was maybe a shade too big, and didn't look so pretty on this bike as the slimmer racier one. the thing I can't understand is this saddle is far more padded than the hard plastic saddle that I have on the Univega, but somehow not quite as comfy. That being said, I've never ridden the Univega quite as far as I rode this on that day, so perhaps thats it? I don't know, but I wonder if I should change it out, or stick with it, and hope that my body finally accepts that I can ride far on this saddle for the sake of how good this bike looks with a skinny racer(ish) saddle. That being said, a few of my bikes have the saddles with the hole in the middle, which are apparently designed to stop your cockus-errectus from going numb when you ride. Now I didn't notice any numbness on my long ride on the Clubman, but perhaps I should see if I can track down a sleek looking saddle with a hole in it, not just so my cockus-errectus doesn't go numb, but perhaps having that hole might take any pressure off my Coccyx that the current saddleis causing. Of course, the other thing that's going to take pressure off my Coccyx would be if I laid off the mince pies, and put the yule log on the fire. But that aint gonna happen, although hopefully they'll all have been eaten by this time next week, so I'll be back on my normal diet. Not that that's particularly great either, but without adding mince pies, Christmas cake (and pudding) Yule log, and sweets to the mix with any luck I'll start to get back to my normal weight. Even though, that's still kinda on the heavy side. But time will tell, in the mean time I think I'll continue to enjoy the Clubman for shorter jaunts, and take something with a bit more padding for my bum on the longer rides.