Okay folks, now the last time I rode this bike I came home to find my Dad stood at the gate to my back yard surveying the scene, and counting my bikes. According to him I had 106 bikes in my back yard, but worse still, these were only the bikes he could see, I've also got a fair amount hidden away in my garages, or at work. I really need to have a culling this year. It's got bad, I overheard her Worshipfulness describing our back yard to her colleague as the place that bikes go to die. I know that I've got quite a few that I've collected for spares, but then I've also got quite a few from buying job lots of bikes because there's one in the lot that I like, so they've got to go. But then there's a few of what I call 'my bikes' some of which I've not ridden in ages because they've been replaced with other bikes, so perhaps some of them need to go too. But I can tell you what won't be going, this little Huffy Chesapeake. My feeling is that this is going to hang around in my collection for a good while yet, even though when I swapped the Huffy Cherokee for it the plan was to put the Chesapeake up for grabs fairly soon after I got it. 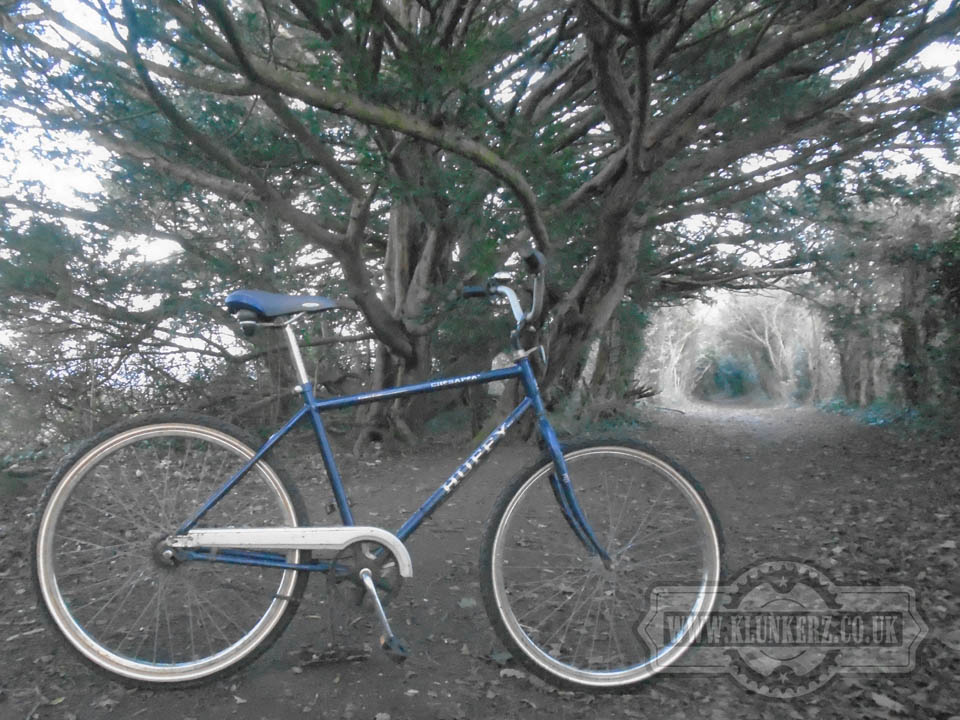 It's no secret, but I like bikes from the low end of the scale, the budget bikes, the bikes that everyone can afford, but nobody aspires to have. Cheap bikes are great, but better yet, I find that cheap bikes from the 80's, 90's, and early 00's ride really well, far better than the current crop of cheap bikes, or even the current crop of mediocre bikes. Old steel framed Raleighs, Falcons, Univegas, Apollos, Huffys, and others all ride great, and are often a joy to ride. But, you can't keep them all, right? Well, if you looked in my back yard you could be forgiven for thinking that I'm trying to. 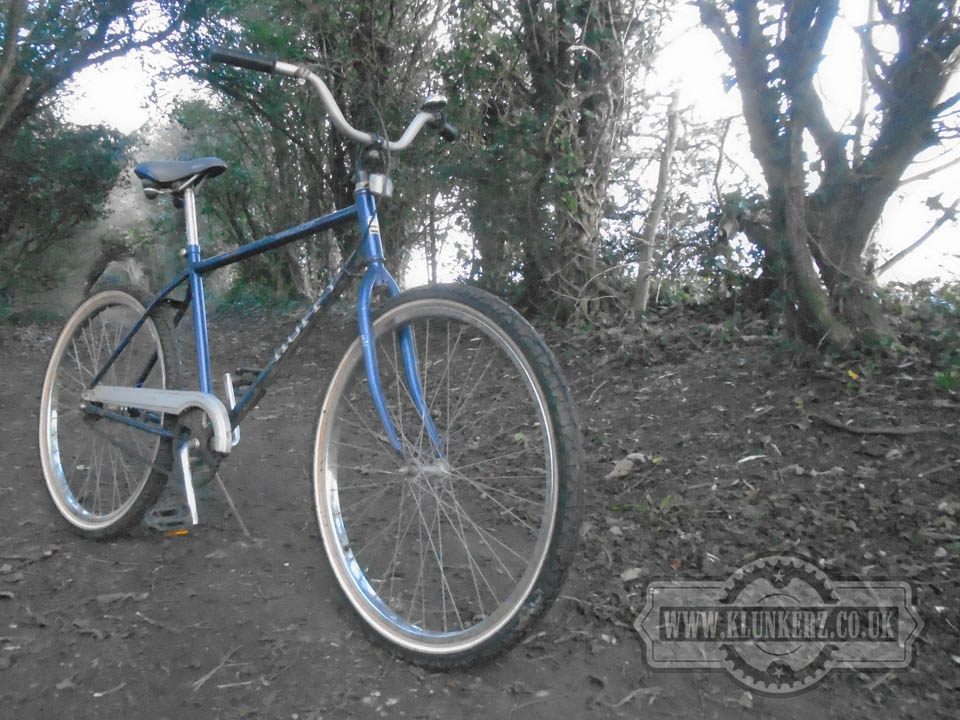 What I am actually trying to do is figure out which one's of these treasures I actually want to keep. Not only that, but what I want to do to the bikes that I actually keep. There are some that I think I may want to keep, but I want to change them about a bit, I like them, but I feel that I want to, maybe not restore them, but certainly strip them and re-paint them. Not to hide their identity, but to customise them further, to make them really mine. There are some that I want to completely strip, re-paint, and add all new components, to restore them to better than new condition, again, not to hide their identity, but to make them mine. Then there are bikes like this Huffy Chesapeake, make no mistake, I want to make it my own, I want it to be like no other Huffy Chesapeake, but I want it to retain it's original patina. I want it to show its age, it's scuffs, and it's battle scars. I want it to look like the lovely old bike it is, just better. 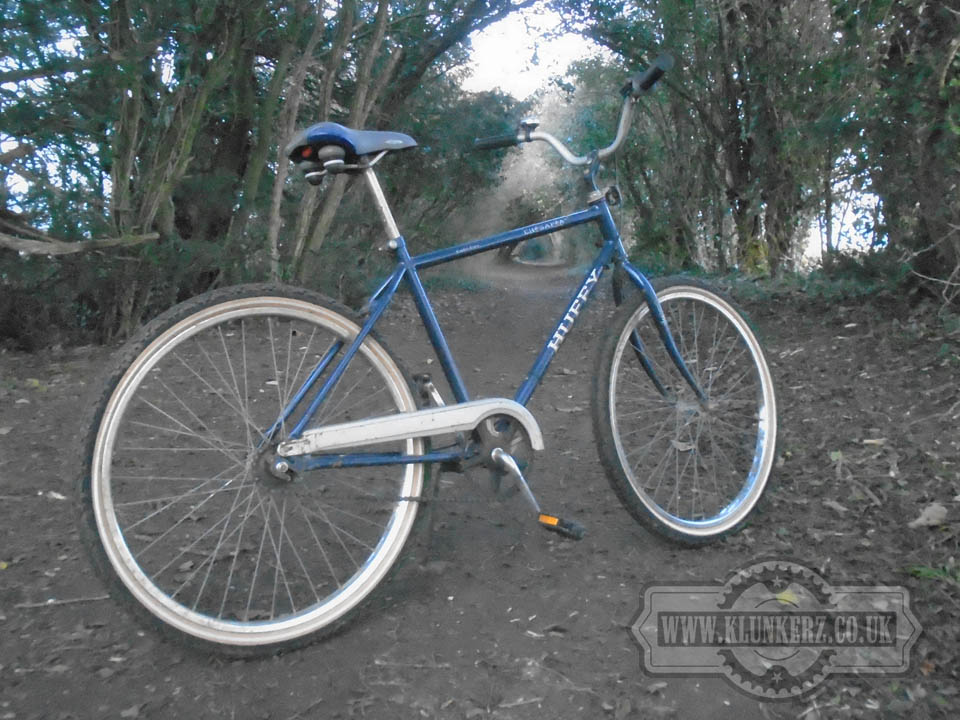 My feeling is that this beautiful early to mid nineties Huffy is here to stay for a good while yet, it has become one of 'my bikes'. I just love how it looks, and how it rides. It's not perfect by any means, and there are things I would like, and plan to change in the future, not for functionality, but for aesthetics. not that it looks bad to my eyes, it's just that in time I think I've quite like to change the saddle, because as comfy as it is, it doesn't look great. It's been OK for the most part, but this year I think the Sun has got to it a bit, and the gel in it is starting to try and escape from it. It's still comfy, even after a long ride, but it's a little bit sticky to the touch. I think that at some point I'll also change the rims, not that there's really anything wrong with the current ones, it's just that they're steel and starting to show some rust spots, and I know this adds to the patina, but I think a pair of aluminium rims might look a little bit better. But I'll not be changing the frame, it won't get painted, and it will display it's patina with pride. Further more, to be inkeeping with the patina of the frame I won't be doing any upgrades with shiny new parts, I'm going to track down good, old used parts that although old and used will hopefully be in better condition than the parts they replace. However, I think these little upgrades might have to wait a while, atleast until I've sold some bikes, and added a few pennies to the bike fund.

So until that happens I think I'll be quite happy to just be out and about riding this lovely little thing, it's just brilliant, and so much fun to ride. Unless someone decides to help themselves to it while it was parked up somewhere I just can't see myself parting with it, it's just superb, but as ever time will tell.