Okay folks, now then, let's talk about projects, and more specifically bicycle projects, I've got far too many. I've got bikes that I bought several years ago, fully intending to do, and to tell you about here in my little blog of babble. But I've not had the time to fiddle with them, and I've not had the time to tell you about them either. As I look out over my garden of projects I find myself thinking that whatever I do, it should not involve buying any more bikes. If someone leaves one as an offering on my drive, well thats one thing. But actively seeking one out, like the Kalkhoff I bought back in November and is currently stripped to a bare frame and has taken up residence in our hall much to Mrs Clints disgust, well thats something else. I need no more. I've even stopped going to places where I might get tempted. I've not been to the field of dreams, and I've been avoiding the tip, I've not even been browsing fleabay, or farcebook marketplace. But yesterday, under orders from her Worshipfulness I had to take some rubbish to the tip, with strict instructions not to bring anything home. Well that sounds easy enough, how hard can it be? 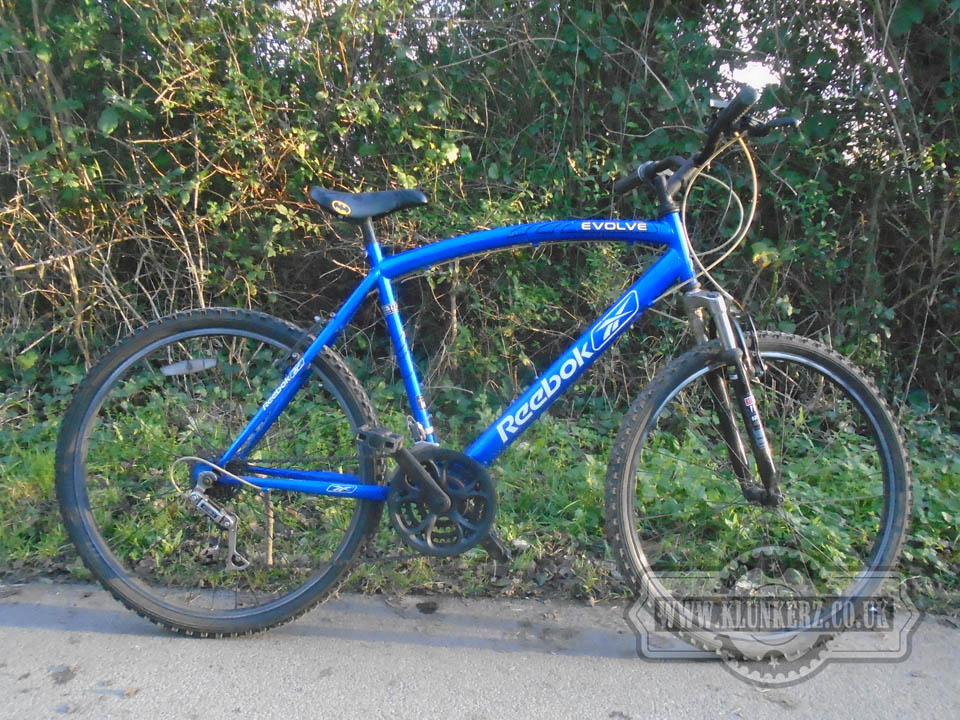 As it turns out, quite hard! With the rubbish dumped I thought that I might just have a quick browse, just to see what everyone had been dumping. I mean it's not like I had to buy anything, right? What could possibly go wrong. Ten minutes later I was loading into the back of my Navara this Reebok Evolve, an unbranded, and incomplete ladies bike with 700c wheels a three speed rear hub, and dynamo front hub, which I've already broken down into spares for other projects. A DiamondBack Sorrento frame, because we all know how well my relationship with DiamondBack bikes go, but still I feel the need to give it another try. A radio controlled car, that appeared to be brand new as it was still sealed in its box, and finally a full length mirror, so that my children can do their pouty instagram pictures without having to stand on the toilet seat so they can see the bathroom mirror! This little lot cost me the grand sum of £30. Still, not exactly a successful mission, especially as the last instructions were to not bring anything home. 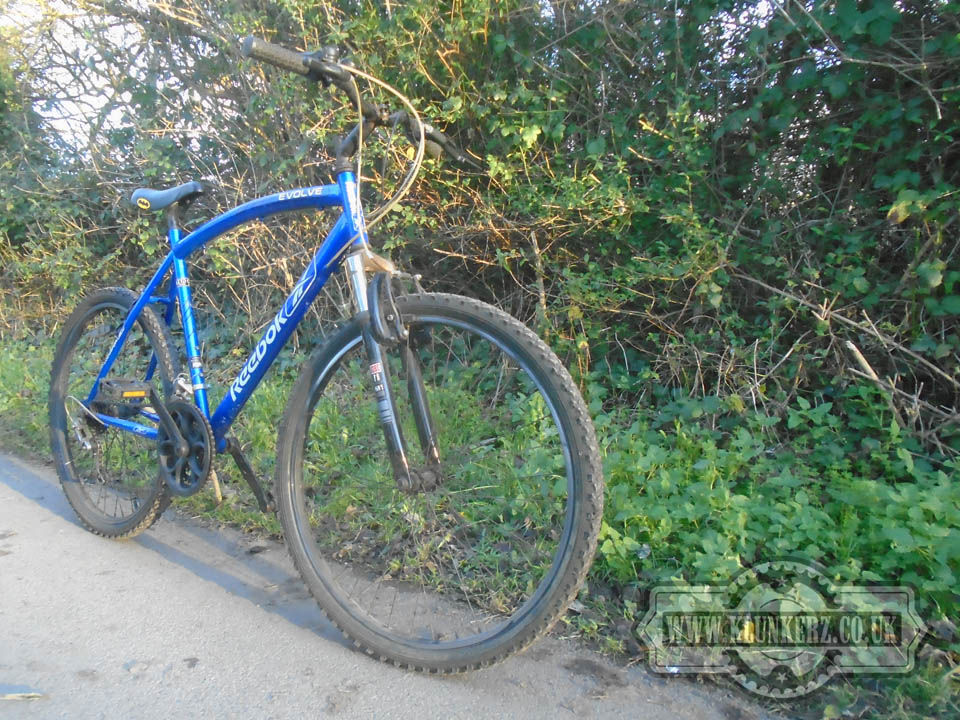 Arriving back home I snuck the bike, and other bike parts into the back yard figuring her Worshipfulness would never know, there's so many bikes there already she's not going to notice my new treasure surely. Then I came in carrying the mirror and radio controlled car. "Whats that?" I want to say Mrs Clint asked, but it was more of a bellow really, a bit like the giant in Jack and the beanstalk, just without the Fee-Fi-Fo-Fum bit, because I'm pretty sure she could smell the blood of an Englishman. I said it was a new mirror for the bathroom. "And the other thing?" she enquired. I said well, that's a new radio controlled car for me. "Do you need a radio controlled car?" she said. I said that it wasn't really about need, this was more about want, I saw it, and for whatever reason I wanted it. Besides, it would be easier to store than buying another real car, so surely thats a win right? I'll be honest, she didn't really mull it over for long before she asked, "How many bikes did you buy?" I said proudly... None! 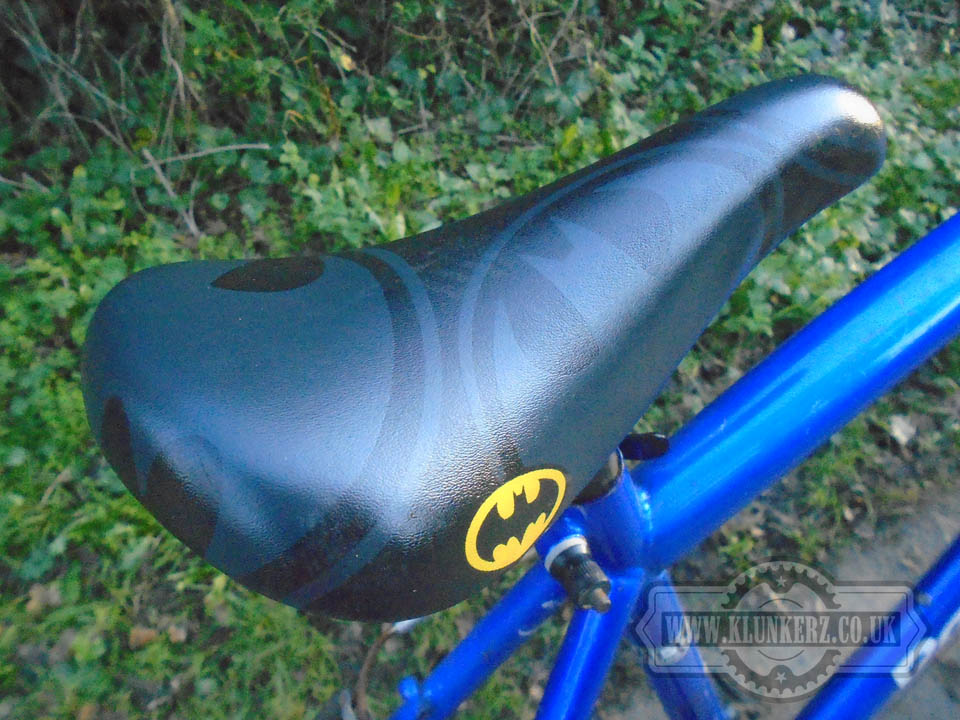 Later in the afternoon Mrs Clint was out in our back yard, getting some logs from the wood shed, and when she came in she said, "Riddle me this Boy Blunder, why is there what appears to be a Reebok bike with a Batman seat in the back yard that I've never seen before?" I said, Oh, that's been there ages. I think that's when her Worshipfulness' Bull poop meter went off the scale! "No it hasn't" She growled "that wasn't there this morning when I went out for wood, that arrived when you came back from the tip!" I thought, oops, I've been rumbled, and the best I could come out with was that she should think of me like Jack, and these are my magic beans! "Well I hope you only bought one magic bean" she said. I told her I did, well, that's not a lie, other other bikes were incomplete, so technically they're just partial beans, and my feeling is that any magic those beans ever had has long since gone. Incase you're wondering, it's OK, Mrs Clint doesn't read my blog, although apparently Girlfriend does, so fingers crossed she doesn't mention it when they're chatting. (If you are reading this Girlfriend, Shh, OK?) Anyway, with the cat out of the bag I figured that I might as well go out and look at my new treasure, and it was then that I noticed that at some point someone had drilled two holes close together on the top of the crossbar. Who would've done that, and why? More importantly, why didn't I notice them before I bought it? They're right on the top, how did I miss it? Well I guess it doesn't really matter now, I'll just have to get them welded up, and try and make it look OK again. With the holes now noticed, and noted I figured I'd make sure everything was tight, pump up the tyres, and take it for a quick spin. I've never had a Reebok bike before, and I was wondering what it was like to ride. plus, I figured her Worshipfulness might appreciate some time with me out of the house for a bit. 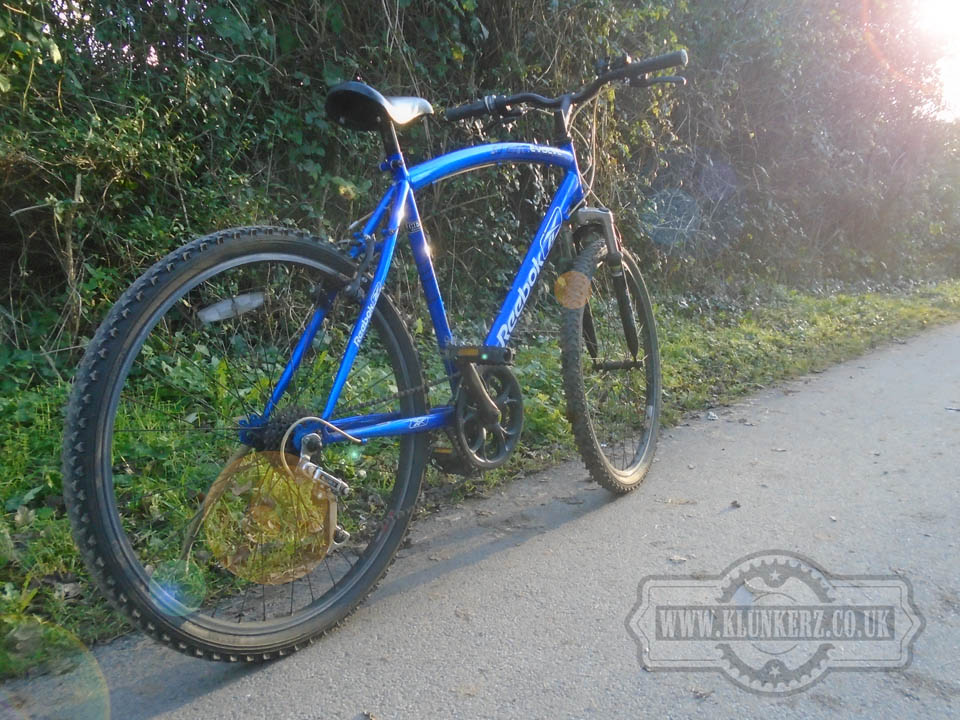 But a quick spin it was, I reckon I'd not even covered a mile before that saddle felt like it was actually inside me. It's a childs saddle, and as good as it looks, my feeling is that it wasn't designed with a fat middle aged fellas bum in mind. Plus the seat post was only about six inches long, and so really I couldn't get the seat high enough for me. The bike felt quite small, and kind of cramped as I rode that mile, which I can only imagine was due to the low saddle as the frame is I think 21 inch, and easily as big as some of my other bikes that I fit on easily. I walked back to BelongaClint pushing my new treasure.

So, plans from here? Well, I'm not sure it's a brilliant bike, looking at the components this is almost certainly a bike that was built with budget in mind, and maximum profit from minimum outlay. Despite this I think I'll get the holes in the frame welded up, Fit a different saddle and seat tube, then have a little play with it for a little while, and see how it goes. If it's too horrible I shall just strip the bits off and put them on my newly accquired DiamondBack Sorrento frame. I mean, how bad can that be? Updates as they occur!